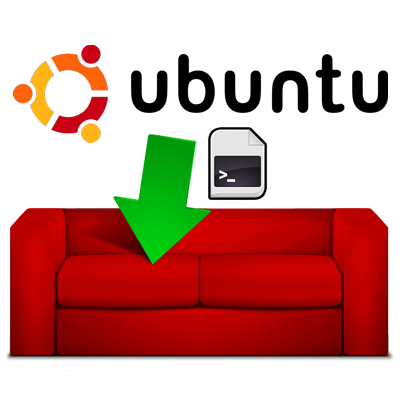 As you may know by now CouchPotato is a great little app that automates your media center. In this post, I will present an automatic 1-step CouchPotato installer script for Ubuntu. For simplicity, I am going to call this script AtoMiC CouchPotato Installer (Automated Media Center).

Installation on Windows can be very simple but installing CouchPotato on Ubuntu requires several steps. Essentially, this script will automatically run through various steps described in my Ubuntu CouchPotato installation guide with little or no effort from the user. It will automatically install and start CouchPotato for you but if you prefer to do this yourself you are welcome to follow my full guide. In fact, I strongly urge that you read the full guide first and then come back here if you still prefer to use the 1-step CouchPotato installer script. This way you will know what the script does. So here we go.

What does the AtoMiC CouchPotato Installer script do?

When you run the CouchPotato installer script, it first gives your basic instructions and warnings, then updates packages, installs essential packages, checks and backups previous CouchPotato installations, downloads the latest CouchPotato from github, creates and installs an autostart script for you, and starts CouchPotato in the browser for initial setup. Below is a summary of what you will see in your commandline when the script runs:

For some reason if you would like to open/edit the script in Windows, use Notepad++ (Windows Notepad may not open the script correctly). After downloading, ensure that the script has execute privileges:

Then, run the CouchPotato installer script using the following command:

Unless you encounter any errors during installation, CouchPotato V2 should open up in a browser in about 10-20 seconds after the 1-step CouchPotato installer script finishes. You may watch the whole process in action in the video guide below.

Unlike CouchPotato V1 (uses port 5000), V2 runs on port 5050 by default. So you can access the CouchPotato web interface by going to:

If your CouchPotato server is on your internal network and doesn't block port 5050 you can also access it through its network IP address (see example below):

If you have port forwarding enabled on your router and you have a domain name referring your server running CouchPotato, you may also view your CouchPotato App through the internet using your domain name:

After you install CouchPotato, you can configure it as described in the following post: How to Configure CouchPotato V2?. It explains all the settings in detail with screenshots. After configuring your CouchPotato, you may return to this post and continue. In order to make CouchPotato function properly, you will have to install and configure SABnzbd to listen to download requests from CouchPotato. Please refer to my SABnzbd installation guide and configuration guide to properly automate downloading movies. As mentioned earlier, you also require a reliable Usenet account. You may get a free Usenet account as described in this post, or go with a reliable Usenet service from Newshosting or Astraweb.

This script automatically enables autostarting CouchPotato during boot. You can manually start and stop CouchPotato using the webui menu or using the following commands: