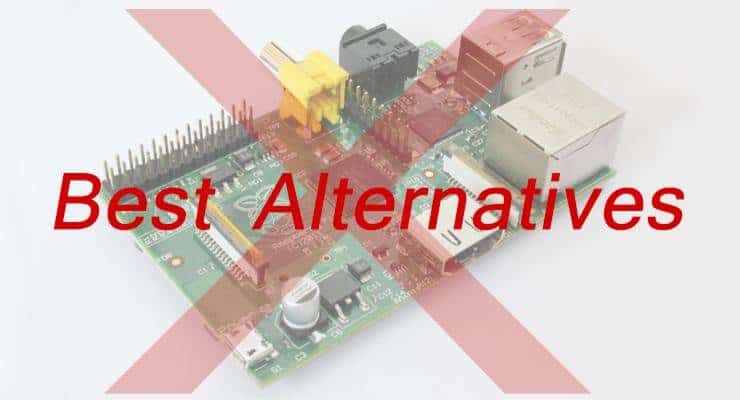 The Raspberry Pi microcomputer has become a bit of a phenomenon among tech enthusiasts. It comes in at a very reasonable $35 - which makes it easily affordable for almost all DIYers. Spawned from its success however, are many other microcomputers which surpass it in quite a few regards. Even with our suggested overclocking guide for Raspberry Pi, you may find it lacking in the performance department. This article will talk about the best Raspberry Pi alternatives for those who need just a little more 'umph' in their microcomputer. [Read: 4 Great media center software for Raspberry Pi]

With the increased power of the HummingBoard, it makes a suitable replacement as a Media Center. [Read: The Ultimate Guide to Raspberry Pi OpenELEC Media Center Setup]

Another relative newcomer to the microcomputer revolution is the BeagleBone Black. Possibly the biggest advantage of the BeagleBone Black is that most users report it to be much easier to set up straight out of the box. Make Magazine even declared it better than Raspberry Pi in many areas for the price (you may want to read that for a full BeagleBone vs Raspberry Pi comparison). This board is great for those who want: a little bit more power, an easier set up, easier commercialization, or need to interface with many external sensors. I consider this to be one of the best alternatives to Raspberry Pi simply because of the similar - yet improved - specs. [Read: 5 Best Raspberry Pi Wifi adapters for you media center]

Choosing Between The Raspberry Pi Alternatives

If you're still not sure which of these boards would best suit your project(s), you may need to nail down the specifics first. Do you need a ton of power? The MinnowBoard is a great option. Is there a multitude of sensor connections that need to be made? The BeagleBone Black may be the ticket. Each of these boards have their own support communities as well - so if you're unsure of whether the board can do what you need it to - check in with those who actually use it on a consistent basis! You may find that you actually prefer the original - there is a reason that it's considered the king of microcomputers.