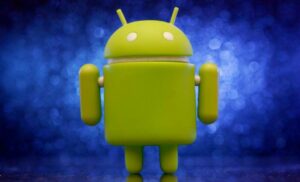 I came across this infographic that listed the best android apps in 2014 by category that an Android smartphoen user must have and I thought I will share with you all. Along the way I am also going to see how many of highest rated android apps I use. The good thing is the list includes many of the best free Android apps 2014.

Best Android Apps in 2014 by Category

Best Android Apps in 2014 by Category

Books and References - I have been Dictionary.com app for a long time. Tried Wikipedia app a few times. I am not much of a reader so I haven't used the rest of them.
Communication - WhatsApp is the top android app here...no surprise there as Facebook purchased it recently for a whopping 19 billion dollors. I think it is one of the best Android apps and I use it to keep in touch with my family and friends internationally. I have tried some of the rest of them but not more than few minutes.
Entertainment - Never used anything other Netflix and flixter. I have not even heard of the rest of them.
Health - The only "Health" Android app I have sort of started using Sleep as Android, as a trial before purchasing the FitBit Flex. Never heard of most of them.
Media & Video - TuneIn Radio is something I use quite a bit but not the rest of them. I am surprised to find uTorrent on this list though.
News - All of the best Android apps for news are rated highly but, for me, nothing comes close Feedly. May be I am still old school but the good old Google Reader was best and Feedly came my resue after Google Reader's demise.
Personalization - Not surprised to see Go Launcher here. But some of the users were concerned about giving access to some the private Android services to a Chinese company. I have tried Zedge (which is awesome by the way) as well.
Photography - Tried none of the apps listed here. Not sure if any of the average Android users will "need" these apps but I could be wrong. But why would anybody make an app that makes taking selfies easier :-(.
Productivity - Evernote was my biggest discovery in 2013. I am not surprised see Adobe Reader on top.
Shopping - Of course Ebay and Amazon should be on the top of the list. Use them both and love them both.
Social - Facebook, Google+, and Twitter are the ones I use almost daily. Have not gotten into instagram yet. Not sure what more it offers but that's what I thought about twitter one day.
Tools - Never heard of AppLock. I have tried Clean Master, which I am not quite sure is needed. I do use Wifi File Transfer and have been hearing quite a bit about Whistle phone finder. Not sure how it compares to Lookout, which is what I use.
Travel - Yelp...definitely. The rest of them not much. Waze is good. I hope Google one day integrates it with native navigation app. I am conflicted as to which one to use.
Weather - I use none of them although they are the famous ones. Instead I use Weather and Clock Widget, which I love.

5 of the Best Ubuntu Pre Installed Laptops in 2014

How to Find Free to Use Images for Your Blog