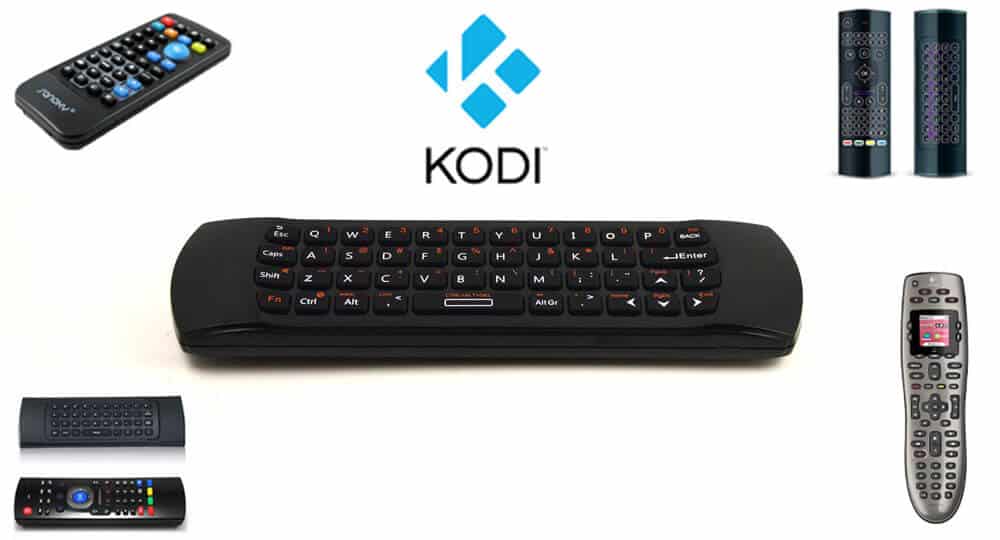 Kodi is an awesome open-source media center. The ultra-versatile media center is compatible with an array of devices. There's a slew of legal Kodi boxes available for purchase including the Nvidia Shield TV, Android-based WeTek 2, and the Amazon Fire TV. Additionally, Amlogic streaming media players such as the Mecool BB2 Pro boast Kodi support. But for running Kodi off of a set-top box, it's simpler to control with a remote. Check out the 5 best IR remote controls for Kodi boxes. [Read: Beginner Blueprint: Complete Amazon Fire TV Kodi guide]

If you're looking for an inexpensive IR remote for Kodi use that just works, the SANOXY wireless USB PC remote is a top recommendation. It's a no-frills IR remote that works well with Kodi. [Read: A simple yet awesome IR Raspberry Pi remote for $5]

At its sub-$15 price, don't expect anything fancy. The SANOXY wireless remote lacks a QWERTY keyboard and backlight. Instead, it's simply a barebones candybar form factor remote control. However, its inclusion of a mouse mode makes it one of the best IR remote controls for Kodi. Whereas devices like the Nvidia Shield TV and Amazon Fire TV use a TV interface, Kodi boxes such as the Mecool BB2 Pro instead run tablet-optimized apps. As such, you'll need a mouse mode to navigate those devices. [Read: 6 must have Kodi addons for broadcast TV streaming - 2017]

The Rii Mini i25 is a fantastic IR remote for Kodi. The multifunction wireless remote sports IR as well as 2.4G wireless. Therefore it's simple to connect to almost any device. There's an included USB receiver and built-in lithium-ion battery. Since the Rii Mini i25 features a QWERTY keyboard, browsing apps and entering login information remains easy. Excellent wireless range means the Rii Mini i25 is perfect for use with devices such as a Shield TV as well as a home theatre PC (HTPC). [Read: 10 Kodi addons to watch NFL live on your Kodi media center]

Furthermore, you'll find an air mouse function for seamless navigation. Unfortunately, there's no backlight. This seems like an oversight, particularly as most HTPC remotes are often utilized in the dark. You may consider the Rii Mini i8 as an alternative. Though it lacks IR, it's got a backlight, QWERTY keyboard, multimedia controls, and a touchpad. Nevertheless, its abundance of connection and navigation options such as IR, 2.4G, an air mouse mode, and QWERTY keyboard make the Rii Mini i25 one of the best IR remote controls for Kodi. [Read: 20 best Kodi sports addons 2017 list for your HTPC]

Like the Rii Mini i25, the Pendoo Air Mouse delivers fantastic connectivity. It's a combination air mouse, 2.4G wireless device, and IR remote. What makes it one of the best Kodi IR remote control options is its bevy of connection options. With such an array of features, it's an all-in-one remote for the likes of Kodi boxes, TVs, and more. [Read: 5 best Kodi alternatives for media enthusiasts - Kodi-like apps]

Additionally, the Pendoo Air Mouse comes standard with voice search. Because many devices like the Nvidia Shield TV utilize voice search, it's a welcome addition from Pendoo. While one side of the Pendoo Air Mouse arrives with a traditional remote interface, the other side yields a QWERTY keyboard. As with the Rii Mini i25, it's disappointingly not backlit. But wide-ranging connectivity and voice search make this one of the best IR remote controls for Kodi. [Read: 7 Must have addons for Kodi maintenance 2017 - Backup, library update]

FeBite's MX3 Pro is one of the best IR remote controls for Kodi use. On one side you'll find a traditional remote layout with volume controls, a number pad, home button, and multimedia controls. However, the flipside is a QWERTY keypad. But unlike the Pendoo Air Mouse and Rii Mini i25, the FeBite MX3 Pro does sport a backlight. This posits it as arguably the best Kodi IR remote control available. [Read: 10 best Kodi skins 2017 - For HTPCs and Kodi streaming boxes]

With its IR function and 2.4G wireless connection options, the FeBite MX3 Pro is a fantastic, versatile option. Moreover, the MX3 Pro includes a built-in gyro sensor. This allows for gaming and typing in various modes. Because of its plentiful features, the MX3 Pro lends itself wonderfully to use as an IR Kodi remote. Notably, there's no voice search. But the backlight, remote interface, and keyboard make this a top Kodi remote offering. [Read: 5 best Kodi skins for Nvidia Shield TV 2017 - Performance with looks]

While the Logitech Harmony 650 can control a Kodi box, you may need an adapter. If your device features a built-in IR port, you should be able to program it. But for an Amazon Fire Stick, you'll either need to use an HDMI-CEC function provided your TV has this. Alternately, you can use an IR dongle like the FLIRC. Tough I don't use a Harmony 650, I do use a Harmony 350 for my various devices including my Nvidia Shield TV, Mecool BB2 Pro, PlayStation 3 (requires an adapter), and WeTek 2. [Read: 10 best Kodi TV shows addon 2017 list for your HTPC]

Best IR remote controls for Kodi: Get in control

There are tons of IR remote control options for Kodi. Determing the best Kodi IR remote control depends on your needs. If you have lots of devices, consider a universal remote and IR adapter if necessary. The downside to a universal IR remote like a Logitech 650 is that often these come sans IR receiver. But there's more device control. I use my Harmony 350 to control my surround sound system, TV, game console, streaming devices, and Raspberry Pi running OSMC. [Read: 10 best Kod movie addons in 2017 for your HTPC]

However, for some devices I find a keyboard and mouse control more conducive to navigation. Kodi is typically easy to use with merely a remote. But for devices such as the WeTek running tablet-optimized Android apps, you'll need a mouse mode. Regardless of device, a keyboard is extremely beneficial when entering login information for the likes of Netflix, Amazon Video, and Hulu. [Read: 5 best Kodi skins for Fire TV 2017 - Speed, looks, performance]

Ultimately, connectivity, number of devices, and navigation method determine which is the Kodi remote control to fit your needs.

What do you think are the best IR remote controls for Kodi use?