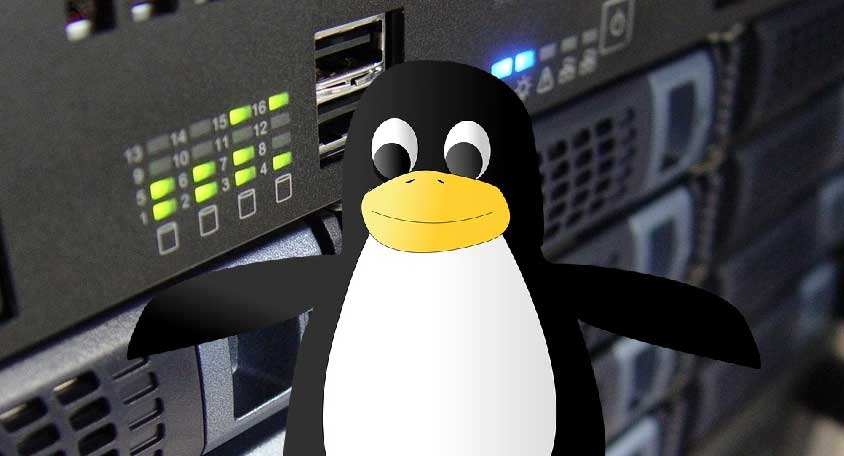 Best Distros for Home Server are Linux-based, Why?

Although Windows and OS X remain popular, Linux distros offer uncompromising flexibility. For starters, most Linux distros are free. Accordingly, there's an excellent value. Many system administrators prefer Linux because of security & permissions. From well-known distros like Ubuntu to niche releases such as Kali Linux, there's a ton of choice. So how do you find the best distros for home server purposes?

Furthermore, consider your server's use. Plex for example is available on an array of Linux distros.  It should install properly on any Debian-based release as well as FreeBSD. But software requirements vary depending on server type. If you're running a media server, you'll use different programs than if you're installing your own Linux Minecraft server. Wine does provide loads of support for Windows apps, but before picking a Linux server distro explore your software requirements.

With these in mind, here are our recommendations for best Linux home server distros.

Ubuntu is arguably the most recognizable Linux household name. As a Debian-based Linux operating system, Ubuntu is one of the best Linux home server distros. There are several flavors, but Ubuntu 16.04 LTS ranks among the a top Linux server distributions. Released in April, 2016, Ubuntu 16.04 LTS sports support through April 2019. As such, there's lots of compatibility. The Server Edition notably boasts five years of commercial support. What makes Ubuntu 16.04 one of the best distros for home server use is its compatibility and ease of use. Software installs are simple, whether via the command line or the Ubuntu Software Center. [Read: Ubuntu Server Partition Scheme for a Home Server]

When I built my dedicated Plex server, I picked Ubuntu 16.04 LTS for its combination of features and low resource consumption. That's another major pro of most Linux distros. My server runs perfectly well with a mere 4GB of RAM. Since it's widely used, Ubuntu is packed with commercial support, wide-ranging hardware and software compatibility, and stability in the LTS release. Therefore, Ubuntu 16.04 LTS and Ubuntu Server Edition are definitely among the best distros for home servers.

openSUSE is a Linux distro specifically engineered for sysadmins and developers. SUSE is one of the oldest Linux distros available. It debuted shortly after Linus Torvalds created Linux. Nevertheless, SUSE stayed relevant. The open-source iteration openSUSE received a massive update in 2015. openSUSE modeled itself after SUSE Linux Enterprise (SLE) in 2015. There's a rolling release iteration, Tumbleweed, and LTS derivative, Leap.

Overall, openSUSE  delivers an enterprise-class Linux server experience. It's the feature-rich, stable landscape that posits openSUSE as one of the best distros for Linux home server environments. Additionally, openSUSE includes a bevy of tools. Open Build Service offers packages for Arch, Debian, Fedora, SUSE Linux Enterprise, Ubuntu, CentOS,  Scientific Linux, and Red Hat Enterprise Linux. Accordingly, there's a ton of compatibility. Kiwi is another neat tool that supports Linux image creation and deployment as well as container support for the likes of Docker. If you're running a home server and wish to deploy containers, openSUSE is a great pick. This balance of stability. support, and a truly enterprise environments makes openSUSE one of the top Linux server distributions available.

However, unless you want to keep applications containerized, you might want to skip Container Linux. But for those who need a Linux home server with container support, Container Linux is hands down the best choice.

CentOS is a Linux distro built for stability, predictability, and ease of management. As a dedicated server distribution, CentOS is among the best distros for home server builds. If you're building a server, chances are you're familiar with Red Hat Enterprise Linux. RHEL is consistently in the top Linux server distributions. Since CentOS is a RHEL derivative, it's no surprise that CentOS makes for a stellar home server environment. While CentOS has been in existence since 2004, in 2014 Red Hat officially backed CentOS. Thus, you're getting the same quality assurance and updates as RHEL.

Although not as intuitive as a release such as Ubuntu Server, CentOS benefits from a strong community. Its security, bug fixes, and Red Hat sponsorship craft CentOS as one of the most reliable and best Linux home server distros.

ClearOS is a massively useful Linux distro for home service purposes. Its multi-faceted and while many other Linux distros can assume similar funcitons, ClearOS is ready to deliver out of the box. Among the top features are a intrusion detection and a strong firewall, bandwidth management tools, a mail server, and a domain controller. Thus, ClearOS is a utilitarian and secure home server distribution. What's more, ClearOS is designed with the ability to deploy virtually or as a host operating system for virtual machines. Embodying the clear in its name, ClearOS ensures that agility and scalability are simple.

If you need to manage your server often, ClearOS should be your go-to Linux home server distribution. It's versatile enough for home labbers and HTPC enthusiasts, business environments, and hardcore Linux developers and testers.

Oracle may be best known for its Oracle Database. But the tech giant offers a Linux distro, Oracle Linux. It's free and available under the GNU General Public License. There are two different kernels: one with the same kernel as found in Ted Hat Enterprise Linux and another with the Unbreakable Enterprise Kernel (UEK). Oracle Linux is an open-source distro that's engineered for servers. What'ss more, Oracle Linux sports certification for Linux servers form the likes of Lenovo, Dell, IBM, and HP. You can also deploy Oracle Linux as a virtual machine image on Amazon EC2, Microsoft Azure, and Amazon Machine Image.

It's this flexibility with deployment and support that makes Oracle Linux one of the best distros for home server builds. You get enterprise-level quality and reliability in a free Linux distro from a trusted and proven tech guru. If you plan to run any of Oracle's database offerings, consider Oracle Linux. It's optimized for Oracle database services out of the box.

Fedora remains at the forefront of Linux server environments. This is partially due to its constant innovation, as well as its sponsorship by Red Hat. Because of an onus on security, Fedora remains one of the top Linux server distributions. There are several flavors: Fedora Workstation, Fedora Cloud, and Fedora Server. As the name suggests, Fedora Server is great for server builds. While it lacks a desktop environment out of the box, you may install one. Notably, Fedora Workstation offers an exceptional server environment as well and by default comes with the GNOME desktop environment.

Linux distros are often perfect for minimalists. Slackware is one of the most elegant Linux distributions available. Design principles value simplicity and reduce upstream sources. Since 1993, Slackware has been in existence. With a longstanding history, Slackware is one of the best distros for home server environments. Its age has led to many system improvements and enhancements. Unlike many newer operating systems, Slackware eschews graphical tools and instead puts the emphasis on command line use. By cutting out the bloat, Slackware remains pretty lightweight. You can run Slackware on x86 processors and requires a minimum of 32MB of RAM. So Slackware is an excellent choice for transforming an old PC into a home server. Yet the low system requirements are well-suited to beefy hardware as well.

Be forewarned however that while Slackware does include a package manager, there's no dependency checker. If you've every used dependency checkers luke apt-get or yum, you'll know that these are really useful when installing software. Nevertheless, Slackware is lightweight, easy to use, and one of the top Linux server distributions.

Ok, so Debian might not be a specifically server Linux distro. Nevertheless, Debian is one of the oldest Linux operating systems, making its debut in 1993. Debian boasts impressive stability. The most recent version, Debian 8, includes the likes of Perl, Python, Apache, and Xen Hypervisor. Debian 8 also sports the latest Linux Kernel. Debian 8 Jessie launched in April 2015 and features a lengthy five year support cycle. It's this combination of tools, long term support, and history since inception.

Lightweight operating systems often make the best distros for home server use. Arch Linux is one of the best low resource-consumption Linux distributions available.  Atch Linux abides by the KISS principles (Keep It Simple Stupid). Its simplicity and lightweight nature mean your server conserves resources for more intensive tasks, like streaming video or massive file transfers. Furthermore, the Arch Linux Wiki features an entire section on using Arch Linux as a server operating system. This covers everything from email servers to FTP and even DLNA.

If you're considering building a server, Linux distributions make excellent server environments. Most remain free and offer better security, stability, and longevity. You may also consider FreeBSD. Although FreeBSD is not a Linux distro, it's Unix-like so it shares the same underpinnings. Plus, FreeBSD sports support for many apps and is compatible on an array of hardware.

Additionally, almost any LTS Ubuntu derivative is a great choice for an all-around server set up. Ultimately, your personal requirements will determine which Linux home server distro you use. If you're building a combination home server-media center PC, you'll want a Linux server distribution like Ubuntu. That affords maximum compatibility with programs like Kodi, Plex, and VLC. Thus, you can create an HTPC/media server combo. However if you're creating a personal cloud, Oracle Linux and its OpenStack support is your best bet.

Which are your top Linux server distributions, and what are you using your server for?