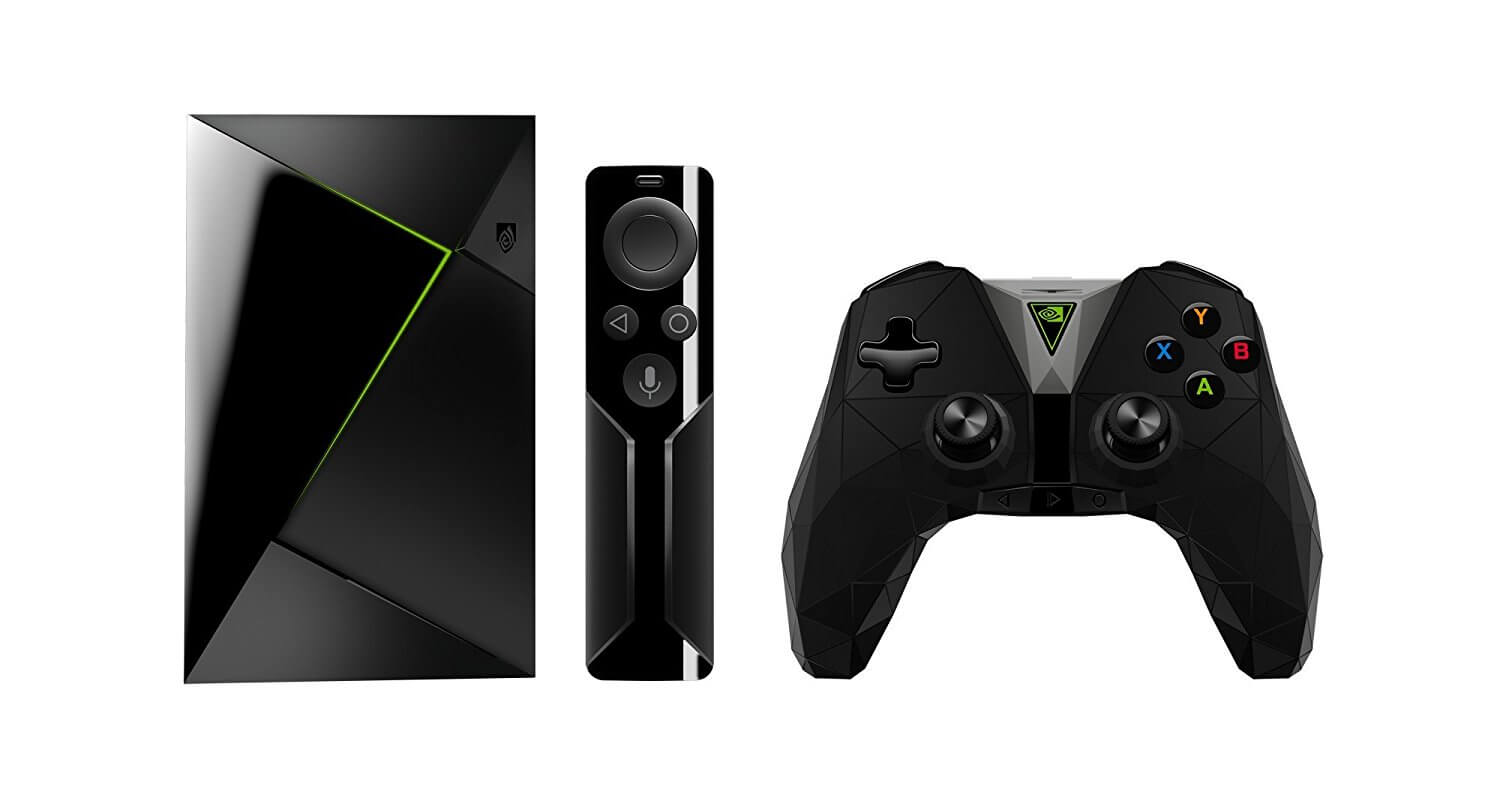 Microsoft's Xbox 360 Wireless Controller is a fantastic Nvidia Shield TV controller. The Xbox 360 wireless controller sports cross-platform play. With functionality on PC, Xbox 360, the Nvidia Shield TV, and even a Raspberry Pi running RetroPie or Recalbox, it's a phenomenal value. The wireless version does require a USB hub. Notably, the wired Xbox 360 controller works quite well as an Nvidia Shield controller alternative. [Read: Guide: How to install Recalbox on Raspberry Pi for Kodi with Gaming]

The Ipega PG-9025 Bluetooth controller functions across an array of platforms. Because it's outfitted with Bluetooth connectivity, the Ipega PG-9025 is Android, iOS, and Windows compatible. Ipega's gamepad prominently features multimedia controls on its bottom lip. Dual thumbsticks, a d-pad, and Y, A, X, and B buttons mean you've got all the necessary inputs for key mapping. Plus, you'll find home, start, and select in the center.

While the PG-9025 is cross-platform compatible, its flip-up phone holder makes it truly spectacular. When not paired with an Nvidia Shield TV, you can bring the PG-9025 on the go for portable gaming. In its review, Home Theatre Life praised the Ipega PG-9025 for its Xbox 360-like control layout. Additionally, Home Theatre Life noted the boomerang form factor and media buttons. Ipega also makes the PG-9021 which is incredibly similar to the Xbox 360 controller.

Nyko remains a well-known manufacturer of third-party gaming accessories. The Nkyo Playpad Pro lends a console experience to Android and iOS devices. A Bluetooth controller, tne Nyko Playpad Pro syncs with devices like the NVIDIA SHIELD TV wirelessly. Android Headlines allowed that while the Playpad Pro is a full-sized controller like a PlayStation or Xbox gamepad, it's comfortable during hours of gaming.

Yet the Nyko Playpad Pro utilized an internal battery. This means that unlike an Xbox 360 controller, you can't hotswap batteries or battery packs. Additionally, the Playpad Pro is limited to button mapping on devices running Android 4.0 Ice Cream Sandwich or higher. While it's compatible with Android 3.0 and up gadgets, you can't map buttons unless you're running ICS and higher. This does not affect the Nvidia Shield TV which received an update to Android Nougat. Nevertheless, it's a limitation to be aware of for use with your other Android devices.

Mad Catz offered its own microconsole in the Mad Catz M.O.J.O. Its C.T.R.L.R. controller is a solid device that's compatible with Android, iOS, and Windows. Integrated multimedia buttons allow the Mad Catz C.T.R.L.R. to serve as a remote. Considering the Nvidia Shield TV's bevy of entertainment options outside of gaming, it's an important facet. The C.T.R.L.R. boasts multiple modes. A mouse mode imitates mouse control, perfect for use with Nvidia's GameStream software. There's also PC mode on PCs and GameSmart mode for Android devices.

What makes the Mad Catz C.T.R.L.R. a fantastic Nvidia Shield controller alternative is its media hotkeys. These posit the C.T.R.L.R. as a gamepad-remote combo.

Although the NVIDIA SHIELD TV is arguably the best device for Android games as well as streaming PC games, it's also an excellent choice for retro gaming. The Google Play Store is loaded with retro gaming emulator apps for the Nvidia Shield TV. Most of the controllers on this list adhere to a modern controller aesthetic. For nostalgia as well as retro gaming, try the 8bitdo NES30 Pro.

But while the NES30 Pro captures the button layout of the NES and SNES controllers, it's modernized. There's a rounded, ergonomic design, dual thumbsticks, and an X, Y, A, B button crosspad. Therefore it's like an updated NES/SNES hybrid. For its old school sentiments and styling, as well as use with emulators for the Nvidia Shield TV, the 8bitdo NES30 Pro is one of the top Nvidia Shield TV controller options available.