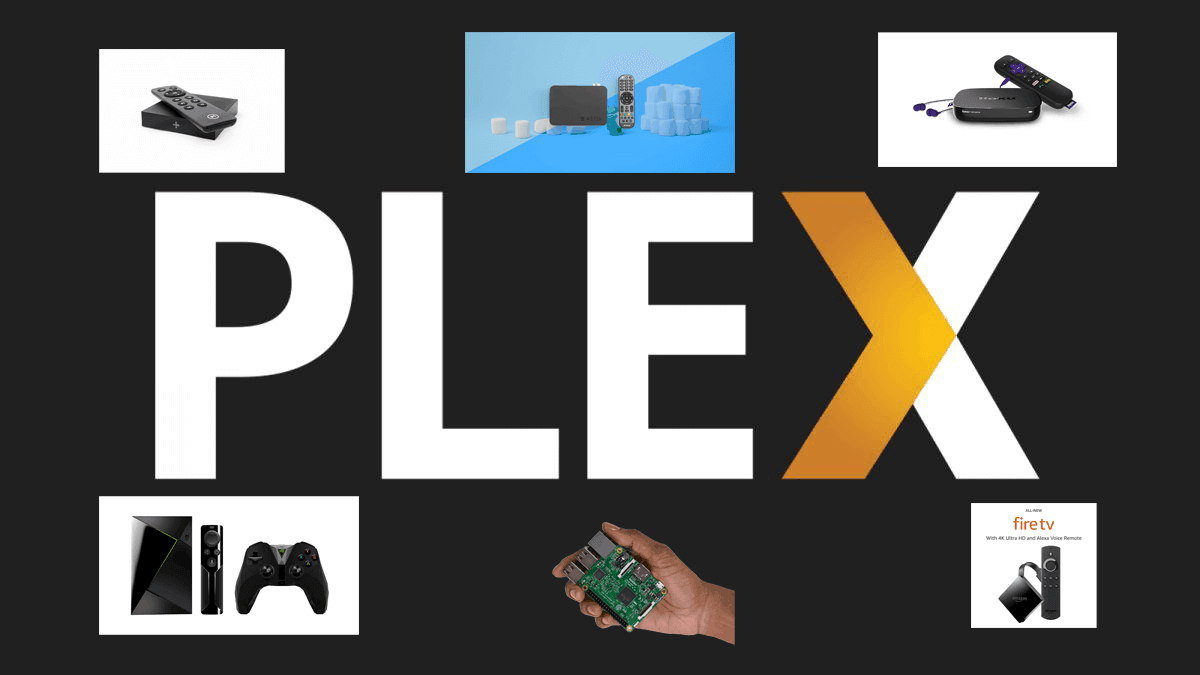 There are several media server software options. From Madsonic and Subsonic to Plex and Emby, it's easy to cobble together a do-it-yourself Netflix and even Spotify experience. While tons of options exist, Plex remains one of the most popular software alternatives. Check out the best Plex client devices 2018 to fulfill your streaming needs! [Read: Plex vs Emby: A comprehensive comparison]

Whereas most streaming devices are fairly competent for basic tasks such as watching content from Netflix or Amazon Prime, Plex streaming is different. Because Plex streaming puts on onus not on the server but the client, it's best to select a Plex client device that's capable of your needs. Some Plex clients are not capable of handling specific audio streams. Plus, you'll want to look for direct play functionality.

Check out the best Plex client devices you can buy in 2018!

The Nvidia Shield TV is easily the best Plex client device available. Its beefy hardware can handle any streams thrown at it, and it features direct play. There's DTS passthrough up to 7.2, and 4K video support. Additionally, the Android TV interface is easy to use.

Open Source Media Center, or OSMC, is a standalone Kodi media center operating system. OSMC's Vero 4K is a 4K-capable streaming device. It comes standard with OSMC installed, and through the official Plex for Kodi addon, it's simple to get Plex installed. [Read: OpenELEC vs OSMC for Raspberry Pi media center]

Since the Vero 4K boasts the power of Kodi, it allows for a superb home theatre PC (HTPC) experience. In addition to the Plex addon, there are loads of other addons for movies, TV, music, gaming, and more.

Moreover, the WeTek Play 2 features a built-in coaxial input for watching and recording live TV through a cable company or an over-the-air (OTA) antenna. Thus, the WeTek Play 2 is perfect for cord cutters. Since it runs Android, the Play 2 is great for gaming, either Android games or emulators. Just snag a controller like the WeTek gamepad and pair it with the Play 2.

Because of how user-friendly they are, Roku devices are arguably the best TV box for Plex devices for the average user. The Premiere+ sports 4K video capability, HDR, and a bevy of apps aside from Plex. There's wi-fi onboard, and an Ethernet port. For 4K, Ethernet is most definitely the way to go. For Plex, the Roku Premiere+ boasts direct play and DTS passthrough.

The Amazon Fire TV is a top choice as a best Plex player 2018. Its hardware tops that of the Fire TV Stick for Plex, and overall, performance. There's 2 GB of RAM, a solid quad-core processor, and even Alexa voice search on the remote. Unfortunately, there's no passthrough but it's still an excellent general media center streaming player, and Plex client device.

DIYers, check out the Raspberry Pi. This nifty single-board device is ideal as a Plex client, or even low-power server. It's configurable as a Plex client in several ways. Just add any Kodi OS such as OSMC, LibreELEC, or OpenELEC. Alternatively, RasPLEX is a standalone Plex client for the Raspberry Pi. For Plex and retro gaming, consider installing either RetroPie or Recalbox, both of which feature Kodi standard listed as a port. Considering the bevy of media center OSes, and ways to run Plex on the Pi, the Raspberry Pi is a best TV box for Plex 2018 option.

A premium device the Apple TV 4K is an extremely solid Plex client device. It's a top contender as best Plex player 2018 since it's 4K capable, and allows for simple access to Apple's vast array of apps and content. However, it's pricey and if you're willing to spend this much, the Shield TV is a better device. The Apple TV lacks DTS passthrough, though it is direct play capable. Still, the Apple TV 4K is a superb for streaming Plex content, and remains the best option for anyone ingrained in the Apple ecosystem.

Similarly, the PlayStation 4 is an awesome Plex player. But, like the Xbox One, it's tough to justify its cost purely for Plex. Again, on the PS4 you'll find a free download of the Plex client app. Moreover, you'll find several other media client apps such as Emby for the PS4. While I haven't used the PS4 for Plex streaming, I did use my PlayStation 3 first generation console and experienced spotty performance. Hooking my console up with Ethernet alleviated some streaming issues. However, the frame buffer filled up on the PS3 causing the stream to jump ahead on occasion. That's a good problem to have though, as it's better to have client side issues rather than server side. [Read: 12 Best streaming apps for PS4 - PlayStation 4 streaming apps 2017]

A nifty little Amlogic streaming box, the Mecool BB2 Pro is a great Plex client. It runs Android, though this is a tablet-optimized version of Android rather than Android TV. In the box, there's a pleasantly surprising mix of accessories including an HDMI cable. The tiny device comes with a few apps pre-installed including Kodi. Unfortunately, its version of Kodi does include pirate addons which we here at htpcBeginner do not condone using. Nevertheless, with its 4K capabilities, beefy processing power, and compatibility with Plex the Mecool BB2 Pro works wonderfully as a Plex player.

Ultimately, there are tons of choices for Plex client devices. The Apple TV is a widely praised Plex TV box, and though it's not as powerful as the Fire TV, the Fire Stick is a good option. Even a Chromecast can serve to cast Plex to your TV from a compatible mobile device.

An HTPC is another DIY route, and all it requires is the Plex app. On my Windows PC, I have the official Plex for Windows app installed, and it works wonderfully. macOS also supports an official app. But on Linux, there's no native Plex app. Instead, users must use the in-browser web app, or run Plex through Kodi.

Your turn: Which Plex client devices 2018 do you recommend?

All information on smarthomebeginner.com is for informational purposes only. No media or entertainment content is hosted on this site. You are solely responsible for abiding by any pertinent local or international laws. Our authors and editors will often recommend products we believe to be useful for our readers. We may receive an affiliate commission from product sales generated through these affiliate links from third-parties, including Amazon. By proceeding you acknowledge that you have read and understood our full disclaimer.
Posting....