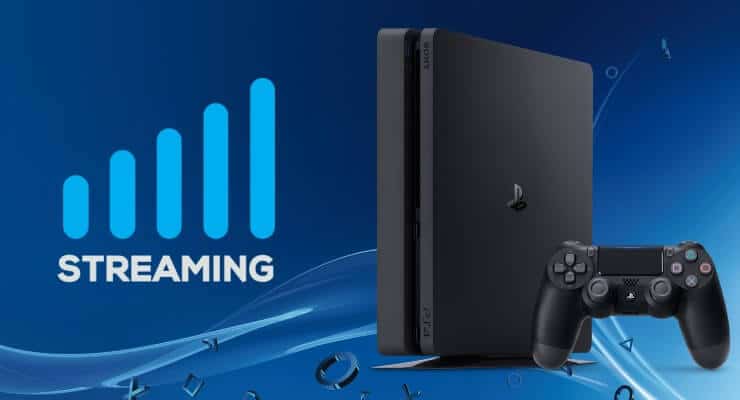 Sony's PlayStation 4 console is excellent for gaming and as a Blu-Ray player. However, its streaming app lineup makes it an excellent all-around home media player.

You probably heard about Netflix before. It's one of the most well-known streaming services and one of the most used streaming apps for PS4. Netflix got its popularity because of the great original content it offers to subscribers, like "House of Cards," "Stranger Things," "Narcos," and "Black Mirror." Besides TV shows, Netflix offers PS4 movie streaming services. After a long gaming session, you can relax with a good movie on your PS4. If you are a PlayStation Pro owner and you have a premium subscription plan, 4K streaming is possible.

With the Amazon Video, you can stream a wide range of content. Even if it does not have a lot of exclusive content like Netflix, there are a few original series. Watch shows like "The Grand Tour," "The Man in the High Castle," and "Goliath" just to name a few. Just like Netflix, Amazon Video offers 4K streaming to your PlayStation Pro. If you already have a  subscription, go ahead and install Amazon Video, one of the best streaming apps for PS4.

Another one of the must-have streaming apps for PS4 is HBO GO. Its popularity is probably due to the awesome TV shows available on this platform. Shows like "Westworld" and "True Detective" pushed HBO GO into the top PlayStation 4 streaming apps. I am sure that "Game of Thrones" doesn't need any introduction, ranking among the most popular shows available on the HBO GO platform. Millions of subscribers wait for the new episodes each week. Besides TV shows, you can also stream a wide range of movies from the HBO GO catalog.

The YouTube app doesn't need any introduction. It is used by millions daily to stream videos from the biggest streaming platform currently available. While you don't have access to a lot of content like TV shows and movies, you can subscribe to a wide range of channels on various topics. Furthermore, there is no need for a subscription to access YouTube. In short, even if YouTube does not offer PS4 movie streaming services in your region, it compensates by the wide selection of videos in different categories being one of the must-have PlayStation 4 streaming apps.

With Hulu, you get access to a huge library of hit TV shows like "Gotham," "Modern Family," "Empire," and many more. Besides current popular network shows, you also have access to older classics like "Seinfeld," "Nashville," and "South Park." Hulu doesn't have a big collection of exclusive content, but it compensates being an aggregator of series from various cable providers like FX, AMC, and Comedy Central earning its place in the streaming apps for PS4.

When it comes to watching anime, there's no better place than Funimation. You know that it's not that easy to find quality anime content on other streaming apps, but with Funimation, there is a wide range of shows you can choose from. Popular anime shows like Attack on Titan, Dragon Ball Super, One Piece and My Hero Academia are ready to be streamed. Funimation is one of the best anime streaming apps available for PS4 so make sure you check it out.

If you're a PlayStation 4 owner, Crackle is a must download. It's especially beneficial to cord cutters. Crackle is free, with no cable subscription or authentication requires. You'll find a range of movies, TV shows, and even original content like "Sports Jeopardy!" and "Snatch," all for free.

Epix sports an excellent variety of both syndicated and new content. You'll find a rotating assortment of movies and TV shows. Plus, Epix features its own originals such as the critically acclaimed "Berlin Station." This is premium offering which requires a standalone, cable, or satellite subscription.

Unlike many streaming options on this list, Plex differs in its content delivery. Whereas the likes of Netflix, Hulu, and Amazon Prime provide movies and shows, with Plex all content is user-provided. This home media server option is perfect for setting up a do-it-yourself Netflix sort of experience. [Read: 5 best Plex client devices 2017 - Plex TV boxes to stream from server]

Similar to Plex, Emby is another media server software solution. The PlayStation 4 acts as an Emby client device. Since all content is hosted on a server which is user-controlled, just as with Plex your experience and content selection will vary.

Here are the best PlayStation 4 streaming apps. What to do next?

By now, you probably found at least a few apps to install on your PlayStation 4. You can now relax with a good movie or the last episode of your favorite TV show right on your console. Besides streaming, you can also watch your media streamed locally, but this is a topic for a future article so make sure you check back soon.