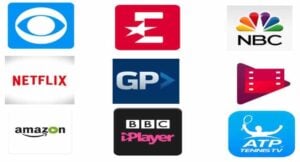 There is now a huge list of apps available for users of the Android operating system for streaming different types of content. Whether you are looking to stream online movies, TV shows, or sports there is something available for you. With Android you don't need illegal streaming addons to enjoy the very best online content. In this post, we will look at some of the very best video streaming addons for Android and the features that they offer.

To guide you towards the apps you are looking for this post has been broken down into sections: Movies, TV shows, and sports. Each section features a handful of the best video streaming apps for Android. [Read: 10 Best Legal Android Streaming Apps for Movies and TV Shows]

In this section we look at some of the best Android movie streaming apps available from the Play Store. These are all legal movie sources and require subscriptions or purchases to access their content. [Read: Best Amazon Fire TV Games 2017 – Amazon Fire TV and Fire Stick games]

The Amazon Prime Video app is one of the best Android movie streaming apps from one of the Internet's retail giants. It provides access to a wealth of movies that Amazon has to offer including both new releases and old classics. The Amazon Prime video app offers three way to get your movies: Buy, rent, or free streaming with a Prime Membership. Join Prime for a small fee and get access to a range of selected moves to watch as many times as you like. Amazon Prime Video offers both standard definition, HD, and now 4K movie content. The library of movies is huge and you are sure to find something for your Saturday nights in. [Read: 20 Best Streaming Apps for Nvidia Shield TV 2017: Movies, Music & More] 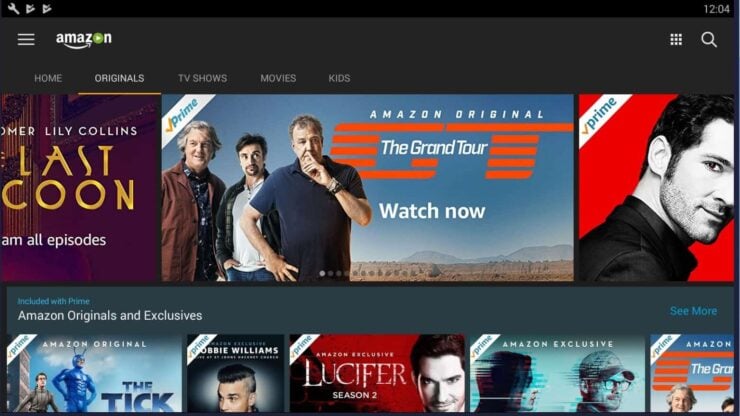 If you are into online movie streaming, you will undoubtedly have heard of Netflix. Netflix offers one of the largest databases of online movies available and the Android app gives you full access to this. Netflix offers everything from new releases to all time classics. The range includes standard definition, HD, and now 4K and your subscription dictates the resolutions you can use. With a Netflix account you can stream to multiple screens at the same time and it provides a movie solution that the whole family can use. Netflix is one of the best android movie streaming apps for a real movie buff. [Read: 5 best Plex client devices 2017 – Plex TV boxes to stream from server] 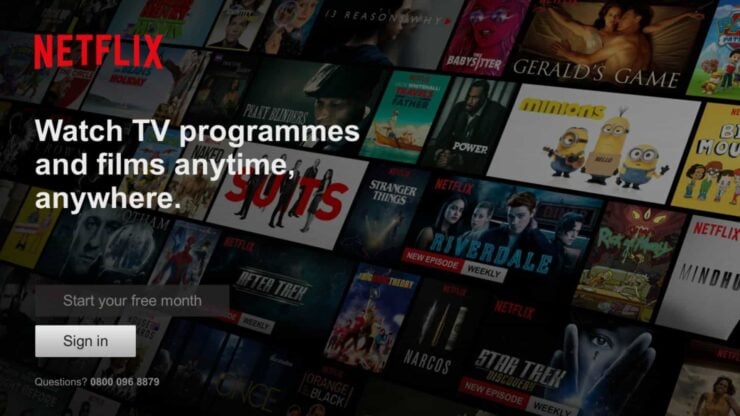 You are looking for the best Android movie streaming apps right so why go further than the operating systems own vendor? When we talk about best Android movie streaming apps we are almost always drawn to Amazon Prime or Netflix but don't forget Google! When you search the Play Store there are plenty of top films to download or rent. To use movies direct from the Google Play store simply download and install the Google Play Movies & TV app onto your Android device. It works with your standard Play Store account so once installed you are ready to start streaming. [Read: 13 Best streaming apps for Xbox One – Streaming apps for Xbox One] 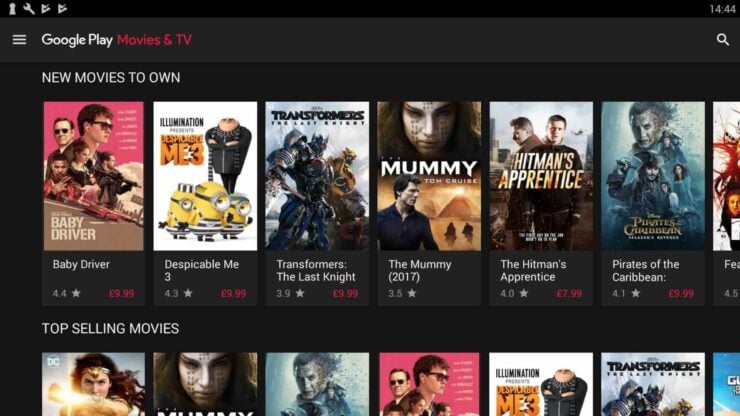 Next we take a look at some of the best Android TV streaming apps. The following apps provide access to live TV, catch-up and series sets. [Read: 12 Best streaming apps for PS4 – PlayStation 4 streaming apps 2017] 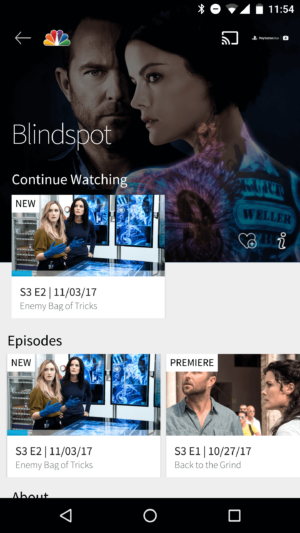 The NBC Android app is an all-round TV show package and will deliver some of the best TV shows to come out of the US. NBC allows you to watch live TV whilst on the move including daily shows or news feeds. It also has a huge library of your favorite shows available for you to browse and stream and offers new shows just 8 days after they go out on standard TV. Not only is the NBC content great but a lot can be said for its ease of use and features. Create an NBC profile and you can save TV shows and watch them in parts across multiple Android devices. NBC is one of the best Android TV streaming apps for US TV.

Another one of the best Android TV streaming apps to come out of the US is CBS. There are a number of CBS Android apps but I recommend the CBS – Full Episodes & Live TV app. This offers both free and subscription based services. Free users can enjoy full HD catch-up of the latest CBS prime time, day time and late night TV. For a small fee you can join the CBS subscription service and gain access to full TV series sets, exclusive shows, movies and sport. Although a top Android app for TV shows the CBS app offers so much more! [Read: Prerequisites to install unofficial apps on Fire TV – 2017] 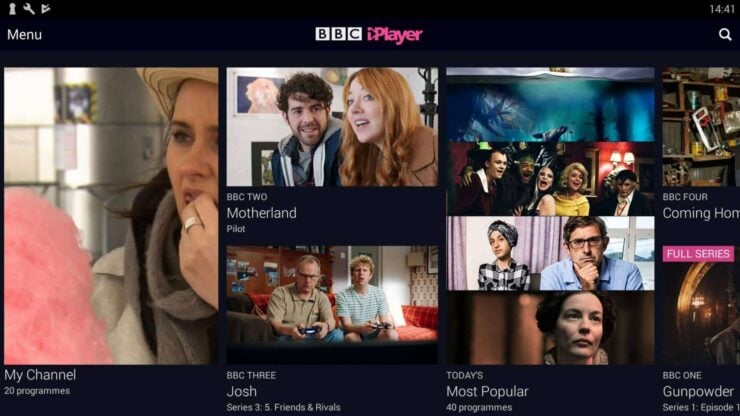 Looking for some sports action? The final packages in our best video streaming apps for android list offer a range of different sports to stream the very best action to your Android devices.

The NFL Game Pass app provides you with the full NFL season streaming experience. It is a subscription based service with different price plans available. Never miss another game with full coverage of preseason, regular season, playoffs and of course the Super Bowl. The NFL Game Pass app will keep you occupied between games with access to highlights, interviews, statistics and much more. It even features archive games and shows from the passed three years. Give NFL Game Pass a try now and bring football to your Android devices. [Read: Complete guide to stream NFL games live in 2017]

The Eurosport TV stations offer one the more diverse ranges of sports than most other channels. They cover many events from around the globe from some of the smaller obscure sports to the big blockbuster events. The Eurosport player app allows you to watch the Eurosport 1 and 2 stations live plus on demand catch-up of the best action. It features exclusive video clips, highlights, interviews, and news that you can browse at your leisure. The Eurosport Player has a small subscription fee, but for the range of sports you get and exclusive content it is well worth a look. 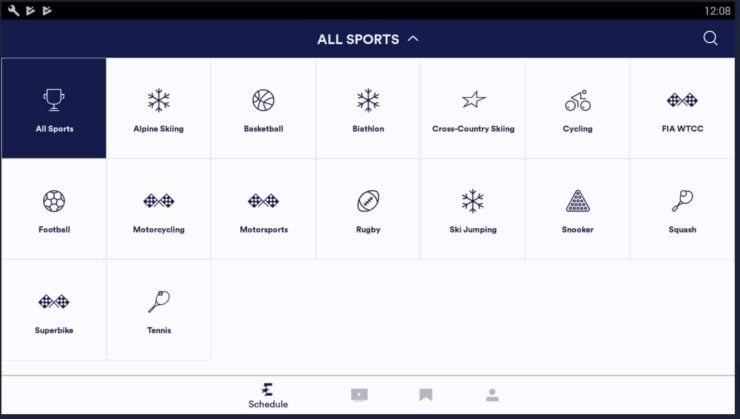 Into Tennis? Then try the Tennis TV app to get your fix of the latest ATP and WTA action. Tennis TV is the official streaming app for both tours and so offers the very best live streams available on the internet and in HD. It shows events throughout the year at every level of the tour with the exception of the Grand Slams. You also get access to a huge range of tournament replays and classic matches to enjoy. The live feeds offered by Tennis TV are a subscription service with a range of subscription length options. [Read: How to install Plex on PS4 – Use your PlayStation 4 as a Plex client] 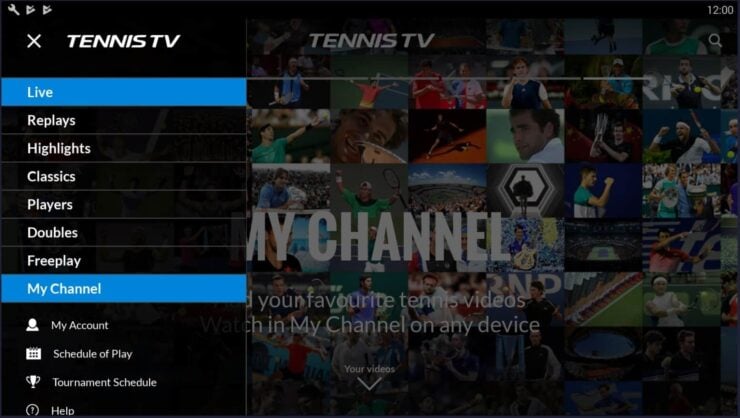 If you have an Android device then the online streaming options available to you are huge. Our best video streaming apps for Android cover a range of genres including movies, TV shows, and sports. Many of the apps recommended offer free content whilst some include a small fee. Give these apps a try now and unlock the streaming potential of your Android device.