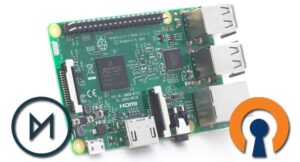 The perks of having an automatic VPN connection are many. But notably, it will keep your Internet traffic private. The newer systemd Linux forces us to configure our startup script for OpenVPN to make it work. This guide depends on this OpenVPN setup. Learn how to configure OpenVPN to autostart on systemd Linux! [Read: Guide: Configure OpenVPN autostart Linux connection]

Before you begin setting up OpenVPN to autostart on systemd Linux, you'll need a few prerequisites:

Now, let's configure OpenVPN to autostart for systemd Linux. First open a terminal. We need to change the default behavior of OpenVPN. With the editor Nano, run the command:

Remove the '#' infront of 'AUTOSTART="all"' so that OpenVpn allows to start the .conf files. After that press "Ctrl X" to exit Nano and answer "Y" to save the file. 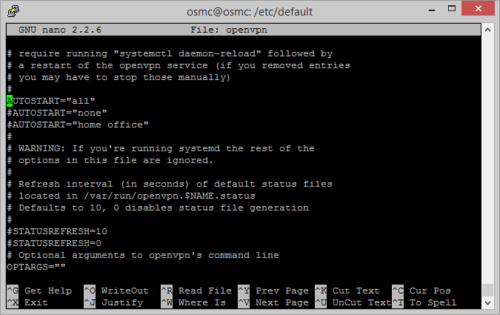 Run the following commands to show a list of possible vpn.ovpn files:

Next, you need to decide which vpn.ovpn file you are going to auto connect to. The one you pick needs to be renamed to client.conf, because that's the standard way of doing it in the OpenVPN world. Run this command:

Where it says "vpnserver.ovpn" replace it with an existing file, the name will differ from provider to provider. For example, us123.nordvpn.com.tcp443.ovpn if you're using a VPN which requires you to login, like NordVPN does. Use this fix:

Change the line that says:

Press "Ctrl X" and "Y" in order to save your changes.

Insert your username on the first line and password one the second then "Ctrl X" and "Y" to save the file.

Run the following command to enable the OpenVPN service to run while booting:

Start OpenVPN with the following command:

Stop OpenVPN with the following command:

Now it's time to test if it worked. Reboot the system with the command:

To check the external IP run the command:

If ipinfo.io returns your VPN's external ip, you're done!

That's how to set up OpenVPN autostart on systemd Linux. VPNs are available for multiple platforms and devices. IPVanish VPN is compatible with Fire TV devices. You can also install OpenVPN using Docker for a private VPN server. Considering a VPN? Learn if a VPN or DNS is right for you.

Which VPNs do you recommend, and which Linux ditros are you using them on?

Guide: How to install Kodi UK Turk addon on your media center