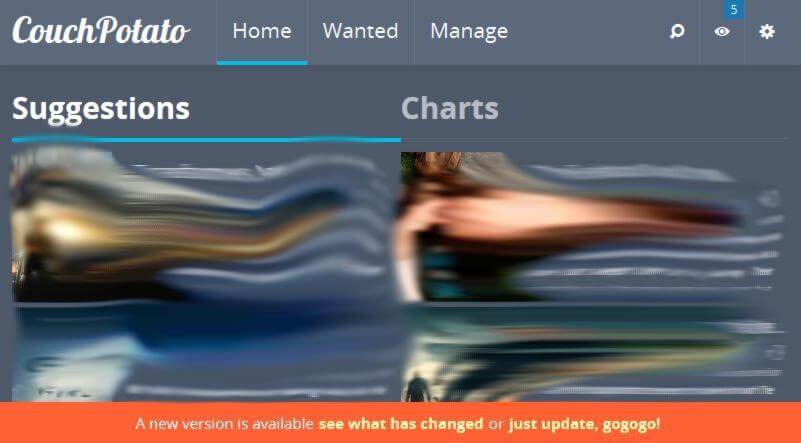 When an update is available, CouchPotato app notifies you by throwing a notification at the bottom of Couch Potato web interface.

Depending on how you configured CouchPotato, you may also receive an email notification to upgrade CouchPotato. [Read: Simplify downloading movies using CouchPotato Firefox plugin]

Then you login into your CouchPotato webui and click update. But what if you could auto update CouchPotato when updates are available without you doing anything?

As described in my CouchPotato installation guide, you can always stop CouchPotato, update it using the git pull, and restart it manually from the commandline. This process can be simplified by creating an update script.

Create a file (using nano) or your favorite text editor and copy the following contents to it. Change USERNAME to your username. Save the file as couchpotato-updater.sh in your home folder (or anywhere you like).

Next, cd in your home folder (or where you saved the file) and give the script execute permission using the following command:

Now anytime you want to update CouchPotato, all your have to do is move to where the CouchPotato autoupdate script is saved and issue the following command:

Don't ignore the sudo and the dot in the front. This is all fine and dandy but how do I auto upgrade CouchPotato? That's next. [Read: CouchPotato Apache reverse proxy]

Webmin makes several system administration tasks easier, especially on a headless system. If you are not comfortable with commandline, I recommend installing and securing Webmin. You can create a cron job using Webmin interface to automatically run the CouchPotato auto update script at a set frequency. Go to System -> Scheduled Cron Jobs create a cron job as shown below.

In the example above, I am setting up the CouchPotato upgrade script to autorun at midnight. You could also do the same thing from commandline by creating a cron tab item, if you know what you are doing. Cron should email you the output of the command. If you find that annoying you may disable Cron email notifications.

That is all there is to it. Go ahead setup your CouchPotato auto update and get one step closer to completely automating your home server.