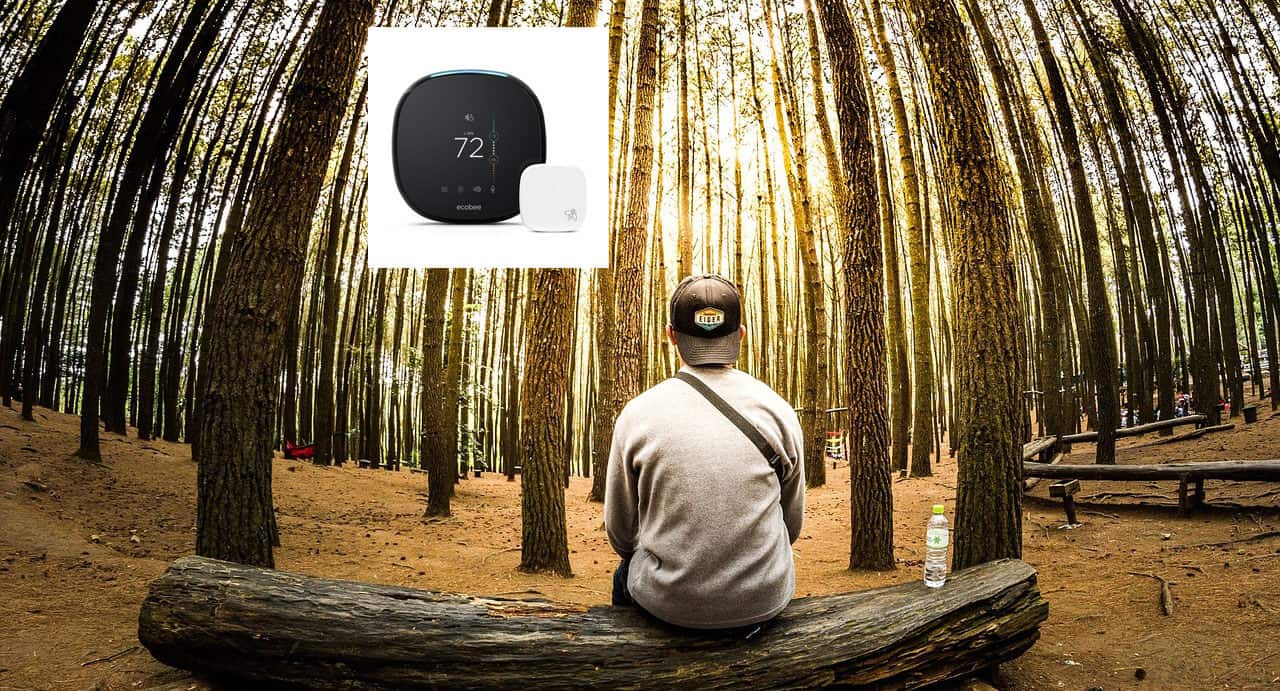 Ecobee is a company that has been a serious competitor for the title of best and brightest smart thermostat for several years now. Their latest product, the Ecobee4, is hoping to continue that success. As this new model hits the market one has to ask, what is the difference between Ecobee4 vs Ecobee3? Here at SmartHomeBeginner we have taken the time to compare the two and we are offering you five reasons to stick with the Ecobee3. [Read: What is a smart home and what can smart home automation do for you?]

5 reasons to stay with your Ecobee3

Probably the biggest improvement expected from a new and upgraded device is an increase in functionality and features. The difference between Ecobee4 and Ecobee3 is minimal in this regard. The Ecobee4 does not offer many new practical features other than the addition of a built-in Amazon Alexa.

Both the Ecobee3 and 4 offer mirroring features including the same amount of power savings, – roughly 23% according to the company – low-power Bluetooth and Wi-Fi compatibility, mobile app control and a touchscreen display.

Probably one of the most defining aspects of a Ecobee3 vs Ecobee4 comparison is the cost. As to be expected with almost any new device, the Ecobee4, is costlier than its predecessor.

At $249 the Ecobee4 seems overpriced when compared to the Ecobee3's price tag of $199. Even more so when one considers the lower priced Ecobee3 lite, which comes without a sensor for only $169.

An increase of $50 to include a voice activation system in minimal. However, Ecobee’s business model is centred around creating money saving thermostats for consumers. The Ecobee3 is already compatible with stand alone units, like the Echo, that provide more comprehensive smart home integration.

There is practically no difference between Ecobee4 and Ecobee3 in appearances. The Ecobee4 is slightly larger and thicker to accommodate the Alexa speaker system. Overall the difference is slightly over an inch. If a smaller more compact unit, that draws less attention, is a priority for you, than stay with the Ecobee3.

Both come only in black, offering the same sleek aesthetic. The back plate for c-wire power hook up has been redesigned, though is not better or worse than the previous model. Both are easy to install and replace existing thermostat units.

If your home thermostat does not run off a c-wire both the Ecobee3 and Ecobee4 come with a power pack, that can allow it to run off batteries. If offers the same time of function but look slightly different.

The thermostats are all compatible with the same smart home stand alone devices. When comparing an Ecobee4 vs Ecobee3, there is no difference in how they interact with your other home devices. Some users have complained that the Alexa system can interfere with already existing voice activated gadgets. [Read: Google Home vs Amazon Echo: Which is better for smart home control?]

However, the newly built in Alexa, is not compatible with all the same software that a full Alexa system typically would be. Users are unable to use some application, like Spotify, through the speaker. Much of the customization of a usual Alexa program is also lost, users cannot change their activation word from "Alexa."

Both the Ecobee3 and Ecobee4 come with a room sensor that allows the thermostat to know if a room is being occupied or not. Temperature is adjusted accordingly, either up or down to save power, or increase comfort.

Ecobee has not been focusing any development into improving their sensors. This only compounds the inability of the Ecobee4 to offer consumers any substantive or attractive improvements.

Ecobee4 vs Ecobee3 bottom line: it's not worth it

Ultimately the difference between Ecobee4 and Ecobee3, is not enough to justify the increased cost. The Ecobee3 is an already fully developed device, that far out preforms its predecessor. Ecobee’s latest addition to its family of products does not offer enough significant improvements to motivate those already using an Ecobee thermostat.

New smart thermostat users, may find the Alexa feature interesting. Those who already using other stand alone or integrated smart home products are likely to be unimpressed. Unless playing Jeopardy with your thermostat is a major priority.

Which are you using, the Ecobee3 or Ecobee4?