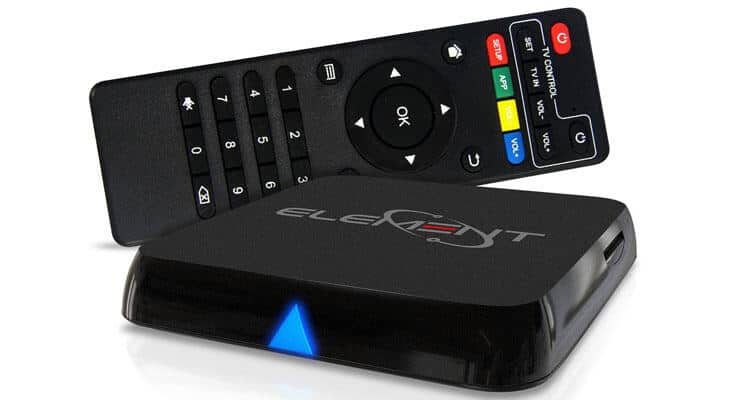 Spending time setting up your HTPC may be frustrating at first. You can always install Kodi and select your favorite addons, like the ones on our list for the 20 best Kodi addons. However, if you don't have a media player yet, you might be discouraged from trying, because of not wanting to install several applications and addons. A box with all the apps and addons you need, already loaded, is a nice thing. With such a box, you could just jump right away to watch content and get hours of entertainment. In our Element Ti4 review, we see that this is an Android media player with a great potential, as it comes preloaded with apps and addons to make your media watching easier and pleasant. Besides its plug and play functionality, the Element Ti4 Android player specs seem enough for 4k playback; at least, at first glance. [Read: Amazon Fire TV 4k arrives with Ultra-HD for your HTPC]

The features of Android media players are better used if you have a wireless HTPC keyboard, and it helps if it includes a touchpad. Some people also go the route of using an air mouse, such as the Lynec C120 air mouse keyboard. However, in this Element Ti4 review we noticed this box also includes a remote, so you won't really need to purchase any accessories right away if your budget does not allow it. The included remote does the job, without being overly precise, as its customary with these Android boxes. What else will you find if you decide to purchase the Kodi Element Ti4 box? Read on:

In this Element Ti4 review we noticed certain key aspects about this Android media box. The Element TV Box boots up really fast, and since it comes with several addons and apps preloaded, some are already saying this could be the best Android box for Kodi (for its price).  When reading Element streaming media player reviews, we have seen praise to the support team behind this box, something that is not seen very often. All of this, together with the ability to play 4k video with no noticeable lag, makes this Kodi TV box a good option to consider if you're in need of a media player. For all the positive and strong points about this box, we are left wondering: what about the Element Ti4 specs? Well, here they are:

As you can see, the connectivity options are solid, including an HDMI port as well as SPDIF audio output. Two USB ports let you connect peripherals to suit your usage style, and the 2 GB RAM as well as the Octa-Core GPU are guaranteed to bring a nice user experience if you decide to get the Kodi Element Ti4 media player.

Element Ti4 review: do you recommend it?

This box has several amazing features that are really astonishing, considering its price slightly above one hundred bucks. If you want a media player with decent connectivity options, the ability to play 4k, and preloaded addons, this might be your option, particularly if you don't like to tinker with your hardware. However, if you want to save a few bucks, you might want to try a cheaper box, such as the Tronfy MXQ Android media player, and browse our addon lists such as the 10 best live TV addons for Kodi and the 10 best Kodi movies addons, in order to get interesting content on your Kodi media center.