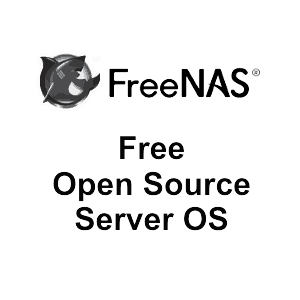 FreeNAS is a free network-attached storage server, supporting: CIFS (Samba), FTP, NFS, rsync, AFP protocols, iSCSI, S.M.A.R.T., local user authentication, and software RAID (0,1,5), with a web-based configuration interface. FreeNAS takes less than 64 MB once installed on CompactFlash, hard drive or USB flash drive. FreeNAS is currently distributed as an ISO image and in source form. Through version 7.x, it was possible to run FreeNAS from a Live CD, with the configuration files stored on an MS-DOS-formatted floppy disk or USB thumb drive. With the release of 8.x, Live CD is not currently supported. FreeNas 8.x needs to be installed on a Compact Flash, USB, or dedicated hard drive. Using the dedicated hard drive will use that drive just for the operating system, and files cannot be stored on it.

The FreeNAS development team is pleased to announce the availability of FreeNAS 8.3.0-BETA3. This is the last planned public beta of 8.3.0 as it moves towards the final.

This BETA includes a refactoring of the Active Directory and LDAP integration. It has a rework of serial port support, adding the ability to set the serial port speed. The NFS sharing was refactored in BETA2 with an eye towards maintaining compatability with sharing schemes set up in previous FreeNAS releases. The refactored sharing is more powerful and flexible than previous releases, while enforcing the OS based rules. Support for the LSI "skinny" RAID controllers was added, including the 9265/9285.

Remember that, this is still a Beta version and is not recommended for production systems.

If you want a just a file/web server with minimal install/configuration of the OS itself, then FreeNAS is the way to go. Unlike Ubuntu Server or others, it requires very little effort in setting up the base OS. Give FreeNAS 8.3 a try and Enjoy!.