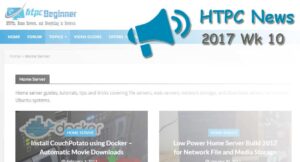 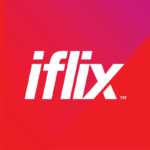 Netflix continues to reign supreme in the streaming video space. With its combination of syndicated and original content, Netflix sets the standard for competing streaming service. However the experience varies abroad. iflix offers a Netflix-eqsue experience that targets Southeast Asia. The streaming service recieved $90 million in funding to extend its coverage into more countries. Liberty Global, Zain, Sky, Evolution Media Capital, and Catcha Group each contributed to iflix's new funding.

TechCrunch reports that iflix is in talks with further investors aside from the current $90 million. iflix differs from Netflix and Amazon in offering localized features such as collaborations with mobile providers, payment tiers, and content.

Remains of the Day: BritBox Is a Streaming Service Just for British Television

Although streaming services like Amazon, Hulu, and Netflix do feature British telly, there's quite a bit not available without workarounds. Britbox promises to bring British television to the United States in a Netflix-style experience. Shows including "The Office," "Blackadder," and "The Moonstone" will be available. This service clocks in at $6.99 a month.

As cord cutting services such as Britbox keep bolstering the streaming catalog, Boomerang is set to unveil an animation-centric streaming service. Like its TV station counterpart, the Boomerang streaming platform will feature classic cartoons like "Looney Tunes," "Tom & Jerry," and "The Flintstones."

If you're an HTPC buff living in the United States, you should really care about net neutrality. Major advocacy agencies such as the ACLU and 170 other groups are pleading with the FCC to maintain net neutrality. Under the current iteration, broadband Internet is treated like a public utility such as phone service. Thus the FCC has greater oversight over Internet providers. What makes this so crucial for consumers, and HTPC gurus in particular, is that net neutrality helps maintain a fair Internet space. The FCC can block ISPs from introducing pay-for-priority tiers and throttling. Additionally, net neutrality provides incentive to create speedy broadband networks.

Doing away with net neutrality hurts the end consumer with the potential for down throttled speeds, paid fast lanes, and blocking. 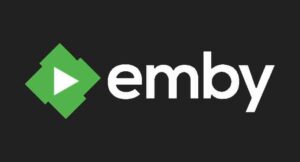 Plex expands its hold in the home media server space. The media server company recently acquired Watchup. Plex CEO Keith Valory elucidated why Plex added Watchup as well as elaborated on the future of Plex. Adding Watchup lends Plex streaming news video from a variety of sources. Watchup content is integrated into the Plex platform. “[Watchup has] a bunch of cool machine learning and artificial intelligence stuff that helps us personalize and get better at getting people what they want,” Keith Valory revealed to FierceOnlineVideo. He further praised Watchup features such as transcoding and hosting. As any Plex user will know, transcoding is essential to the streaming experience.

How to Install HTPC Manager on Docker using Kitematic GUI?

How to Install Plex Requests on Docker using Kitematic GUI?