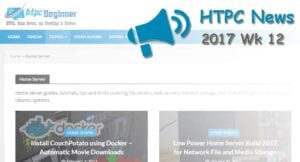 Welcome to the htpcBeginner HTPC News Roundup, Mar. 24, 2017 edition! As the streaming space continues to evolve, Netflix gets Firefox in-browser streaming, studios discuss video on demand releases of films in theatres, and Vudu offers disc-to-digital services via their mobile app. Read on for the latest in HTPC news and updates!

Vudu can turn your old DVDs into HD digital copies, and all you need is a smartphone 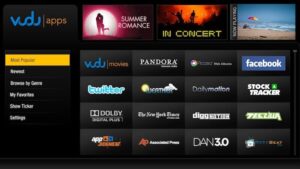 The Walmart-owned Vudu offers a library of films and TV shows for rental and purchase. Its disc-to-digital program further evolved. Whereas previously users needed to visit a store or use a desktop, it's possible to convert DVDs and Blu-rays to digital copies using a phone's camera. Simply scan the barcode with the Vudu mobile app. Currently, over 8,000 movies are available for conversion via this new method. It's $2 a pop to convert a Blu-Ray to a high def digital copy or DVD to SD version. DVD to HD retails for $5.

But this is a convenient means to convert discs to digital isn't without its drawbacks. You'll need an app that's compatible with UltraViolet digital copies, like Flixter or the Vudu app. There's still DRM, so even a copy downloaded on your mobile device for offline playback isn't free to copy. Using programs like Handbrake and Make MKV, you can rip your own discs. Or simply automate your downloads with the likes of CouchPotato, SickRage, SickBeard, or our htpcBeginner AtoMiC Toolkit. [Read: CouchPotato vs SickBeard, SickRage, or Sonarr for beginners]

Netflix debuts on Firefox for Linux, but not everyone's happy about it 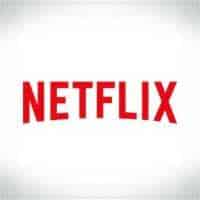 Linux users rejoice. The Firefox web browser now supports Netflix in-browser. Previously, Linux users were limited to using Chrome. Netflix began migrating away from plugins such as Silverlight, instead focusing on HTML5 for in-broswer streaming. However, there's a bit of controversy. Along with its push into HTML5, Netflix championed standardizing DRM called Encrypted Media Extensions (EME). Around the same time as Netflix's announcement of native Firefox for Linux support, the World Wide Web Consortium revealed that EME was poised for standardization in HTML5.

Essentially, there's a conflict between open standard evangelists and content providers seeking to limit unauthorized copying. The W3C is compiling a policy of voluntary best practices. Theoretically, this means open disclosure of security vulnerabilities. overall, it's great for Linux users to have native Netflix support. But added DRM remains a threat to the open web. Netflix continues to add awesome support however, such as offline downloading and HDR video content. [Read: 10 Best Linux Home Server Distros -Stability, Performance, Ease of Use]

Studios Flirt With Offering Movies Early in Home for $30

As streaming and home servers continue altering the video landscape, Hollywood studios attempt to adapt. As reported by Variety, six of Hollywood's largest seven studios aim to provide movies available via video on demand (VoD) just weeks after theatrical debuts. While there's nothing concrete, talks suggest early VoD rentals could run for $30. Studios including Universal and Fox initially wanted to charge $50. However this was deemed too high. It's also unclear how long the delay after a movie's theatrical debut would be. Yet again, this comes as studios' attempt to cut down on pirating content.

iTunes movie rentals have been around a while. Yet it wasn't until iTunes version 12.6 that rentals gained the ability to work across multiple devices. For nine years, renting a movie via iTunes meant you were limited to viewing the film on that device. Thus, if you started a movie on your iPhone, you coundn't switch later to viewing it on your macBook or APple TV. Now you can, at least assuming you have iOS 10.3 installed on your iPad or iPhone and tvOS 10.2 on your Apple TV. It's a refreshing, and long deserved update. But these updates are available only to public beta users and developer beta users. [Read: How to Stream iPhone to Amazon Fire TV Stick Using AirPlay?]

Kodi updates failing through the Windows Store, Microsoft fix on the way

Is the Kodi v17.1 update failing to install through Windows Store? Please be patient as @Microsoft will send a patch this week fixing it

If you're a Kodi for Windows user and your update to v17.1 isn't working, don't panic. It's not just you. The update isn't functioning via the Windows store, and it's a known issue. In a March 23, 2017 Tweet, Kodi acknowledged that Microsoft is aware of the problem and will send out a patch this week. Notably, Kodi partnered with the Windows store which remains a positive especially in light of false accusations about Kodi's legitimacy from misconceptions about how it operates. Unfortunately, a caveat is that unlike a version downloaded from the Kodi website, updating via the Windows Store means you're reliant on the store for any and all updates. The good news: there's a patch coming soon to get you that v17.7 update. [Read: 1o Best Kodi Movie Addons in 2017 for your HTPC]