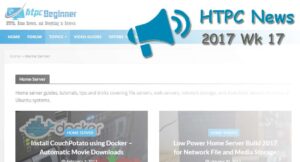 Welcome to the htpcBeginner HTPC News Roundup, April 28, 2017 edition! This week saw rumors of an in-browser uTorrent client, Kodi and DRM talks, Nvidia Shield 4K Google Play support, and more. Read on for the latest in HTPC news and updates!

The next version of uTorrent will run in your browser 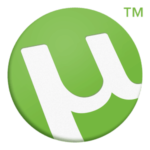 uTorrent is one of the most popular Bittorrent clients. While uTorrent has seen many updates, it's been a while since its last major refresh. Soon however, uTorrent may run in-browser. Many popular apps such as CouchPotato, Sickrage, and Sickbeard are browser-based apps. Moreover, uTorrent may introduce a torrent streaming feature. The late Popcorn Time notably included at its core torrent streaming. Current media streaming application Stremio has built in torrent streaming capabilities. [Read: How to install Stremio on Linux, Windows, and Mac]

The Pirate Bay shock as torrent site ‘to be BLOCKED' for the next three years, court rules

In a surprise ruling, the Swedish Court of Appeal mandated that Internet service provider (ISP) Bredbandsbolaget block traffic to torrent website The Pirate Bay for three years. Reportedly, this complies with European Union law. Earlier, Bredbandsbolaget contended that it was simply a service provider, not an Internet regulator. However, the Swedish ISP must now comply and prohibit traffic to the massively popular torrent website. This is an important ruling for its implications on ISP roles in Internet regulation, as well as copyright holders' ongoing fight against torrent websites. [Read: Install Sick Beard with Piratebay torrent support on Ubuntu]

Kodi has come under fire lately on account of piracy accusations. To clarify, Kodi is merely an open-source media center. Addons for Kodi are community-created and the content from those may feature copyrighted material. But Kodi itself is not a piracy platform any more than the a torrent client or a search engine like Google is a piracy platform. The likes of the Premier League began cracking down on illicit Kodi addon streams, and ecommerce retailers such as Amazon and eBay began prohibiting the sale of Kodi boxes. Now Kodi developers weigh in.

In an April 24, 2017 blog post, Kodi devs discussed the future of Kodi and possible DRM. However, Team Kodi clarified that Kodi will remain staunch in its open-source nature. DRM won't be required, content will not stop working, and Kodi will continue to stay neutral. Rather, Kodi may introduce low-level DRM to allow DRM-protected content to interface with Kodi. The blog offers the example of Android using software capable or playing DRMed Netflix content. Therefore, Kodi could offer a means of legally playing material from Netflix, Hulu, HBO GO, or your preferred streaming service. You may also appreciate these 5 best Kodi alternatives for media enthusiasts. [Read: 20 best Kodi addons 2017: Movies, TV Shows, Live TV and More]

The Nvidia Shield TV was already one of the best streaming media boxes available. It's a fantastic Plex client, and boasts Kodi support as well as the capability to sideload apps. Now the Nvidia Shield TV features expanded 4K streaming. In an update this week, Nvidia rolled out an update lending the Shield TV 4K support for cast and Google Play movies. Google Play joins a slew of other 4K-compatible apps on the Shield TV including YouTube, Amazon, Netflix, Google Photos, Plex, Kodi, Vimeo, and Vudu. You can learn how to setup your Nvidia Shield TV as well as perform these essential tweaks, and get started with these 20 best streaming apps for Nvidia Shield TV. [Read: Quick NVIDIA SHIELD TV 2 Review: re-design worth looking at]

While you could probably surmise that illegal streaming and downloading it pretty popular, the widespread usage in Britain alone is testament to its popularity. As per a YouGov survey, around 5 million Brits are accessing illicitly streamed content. That's a huge number, and from the UK alone. The study found around 10% of the UK's adult population, around 4.9 million users, are streaming illegally in some form. Furthermore, this uptick in illegal streaming led to a downturn in legal premium streaming services.

How to Connect via SSH from Your Smartphone using JuiceSSH?