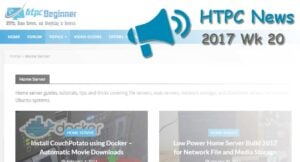 Welcome to the htpcBeginner HTPC News Roundup, May 19, 2017 edition! This week witnessed Kodi v18 announcements, best Linux media center distros and media center software options, as well as torrent sites and Kodi addons shutting down. Read on for the latest in HTPC news and updates!

There's been a lot of chatter centered on Kod. Namely, these discussions focus on addons which allow access to copy-protected content. One of the oldest Kodi addons, Navi-X, is no more. Similarly popular addons include Exodus, SALTS, Phoenix, and SportsDevil. Illegal addons allow users to watch NFL live streaming as well as college football,  in addition to movies and TV shows. Debuting in 2007, Navi-X hailed from Netherlands developer 'Rodejo' and arrived first on XBMC which spawned Kodi. In its original incarnation, Navi-X was merely for video and audio media playback. But the Kodi addon transformed into an app complete with RSS, podcast compatibility, and live streaming. [Read: 20 Best Kodi addons 2017: Movies, TV shows, live TV, and more]

But Navi-X became a landscape ridden with copyrighted material. As such, fears due to a Kodi crackdown have arisen. With a ban on illegal Kodi boxes which advertise for premium illicit IPTV, Navi-X shut down. Moreover, Navi-X suffered from abundant amounts of mislabeled adult content. Due to its community-sourced nature, it was difficult to moderate the content database. [Read: 10 Best legal Kodi streaming boxes - Best Kodi box 2017]

Netflix is no longer available on your rooted Android phone

Android continues to skyrocket in popularity. In 2017, Android surpassed Windows among Internet users. Several reasons contribute to its widespread use. There's a wide array of device availability, as well as an open ecosystem. But Netflix users with rooted Android devices be warned: soon Netflix won't work.

In fact, the official Netflix app is no longer visible in the Google Play store on rooted Android devices. Reportedly, this is a migration in copy protection. The latest iteration of the Netflix app, version 5, relies heavily on Google's Widevine digital rights management (DRM). Largely, this derives from a desire for further piracy protection. Because Netflix debuted its downloading feature, there's a growing concern over pirating content. But this limitation severely precludes many users. Rooting often adds functionality lacking in the vanilla Android operating system (OS). Unfortunately, you'll have to choose between a rooted Android OS and Netflix access. [Read: Mecool BB2 Pro Android TV box - Mecool BB2 Pro review] 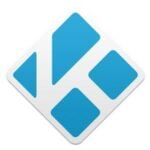 Kodi v17 launched in February 2017. However, the Kodi team is already working on Kodi v18. Codenamed Leia, it's slated to feature different features than seen in past Kodi releases. The forthcoming Kodi version 18 is so comprehensive that rather than one combined articles with feature overviews, Kodi is highlighting one feature per post. [Read: 6 Must have Kodi addons for broadcast TV streaming - 2017]

Neat inclusions in Kodi v18 are Android Leanback suggestions, as well as voice and search typing. In the upcoming release, you'll be able to use the Google voice search to peruse your Kodi library from the Android screen. Furthermore, within Kodi you'll be able to use a voice-to-text search function. From that Kodi developers have stated so far, the force is strong with this release. [Read: Setup Emby Server with Ordroid C2 - Alternative to Plex and Kodi]

Developers of the MP3 Have Officially Killed it

The once-revolutionary MP3 file format is dead. Well, that's a bit of hyperbole. MP3 files will not cease to function. Rather, its licensing program has terminated. Codecs boasting better efficiency and quality exist. Nevertheless, MP3 files remain popular with consumers. [Read: Guide: How to install Kodi Spotify addon on your media center?]

Still, most modern streaming services use AAC which sports higher audio quality at lower bitrates than MP3. This is no foreign territory. It's like upgrading from a DVD player to a Blu-Ray player. Your back catalog still functions, but it's not as polished as newer content. [Read: Guide: How to install Kodi MP3 Streams addon]

Extratorrent.CC Shuts Down Forever, You Can Still Use These Five Alternatives

A message from the site operators reads "ExtraTorrent with all mirrors goes offline...We permanently erase all data. Stay away from fake ExtraTorrent websites and clones. Thx to all ET supporters and torrent community.
ET was a place to be...." Extratorrent joins the likes of What.CD in shutting down. Torrentz.eu and Kickass Torrents both reappeared under different domains howerver.

ExtraTorrent shut down, comes back online – ExtraTorrent.cd rises from the ashes