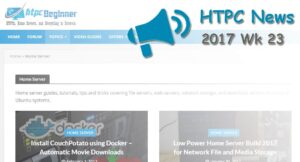 Welcome to the htpcBeginner HTPC News Roundup 2017 Wk 23. This week saw updates to Emby Server and OSMC, as well as Kodi addons arriving and departing. Read on for the latest in HTPC news and updates!

With Plex adding support for live TV through its DVR in-app feature, Emby Server too seeks to hone its platform. However, while Emby Server and Plex Media Server are both media server software options, these target different subsets of the HTPC space. [Read: Setup Emby Server with Raspberry Pi 3 - Media streaming server]

OSMC's May update is here

OSMC, aka Open-source Media Center, updated its media center platform. In a June 5, 2017 blog post, OSMC offered a change log of its May 201 updates. Notably, May ushered in a major security fix for OSMC and Kodi v17.2. OSMC updated to run Kodi 17.s. Additionally, OSMC gears up for Debian Stretch 9.0. [Read: OpenELEC vs OSMC for Raspberry Pi 2 Media Center]

As Engadget reports, a piracy lawsuit is ripping through Kodi's addon community. Several major, longstanding Kodi addons recently shut down. The decade-old Navi-X addon went offline due to legal concerns. Now Phoenix and ZemTV have closed in the wake of a lawsuit from US satellite provider Dish Network. The likes of Amazon and the Premier League served as driving forces behind the fight against piracy in Kodi addons. It's important to remember that Kodi is completely legal. Only certain addons provide illicit content.

It's important to note that this only affects addons which offer illicit access to copyrighted content. But legal addons for broadcast TV for instance are completely unaffected. Kodi continues to reign supreme as an open-source media player with its local content playback options as well as streaming addons. However, expect to see more addons which offer illegally-sourced material struggle to stay online as a legal crackdown targets the Kodi addon community. [Read: 10 Best legal streaming addons for Kodi media center]

Pluto TV is a legal, free streaming TV service. As a trend of cord cutting rises, cable cutters seek cable alternatives. Pluto TV is one of the best free streaming services with a bevy of content. Now for Kodi users, it's even easier to install. 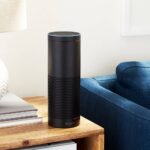 With the advent of streaming television, the media consumption landscape changed drastically. Gone are the days of being tied to a traditional television for watching movies and shows. With the migration of TV to platforms including computers, tablets, and phones, the TV realm became interconnected. As such, smart homes incorporate HTPC aspects. Nvidia's Shield TV which stands as one of the best Plex client devices as well as top legal Kodi streaming boxes, offers voice searching via its candy bar remote and game controller. The Shield TV even sports Google Home integration.

Prepare for Amazon's Alexa to make a foray into the HTPC space. A Video Skill API allows searching and video playback control. Additionally, for supported devices, the Video Skill API lets users change channels. Searches may be performed by filters such as actor and genre. This could arrive as a major game changer for Alexa users with smart TVs and compatible devices.

8 Best BitTorrent clients for Linux distros such as Ubuntu, Debian, and Fedora