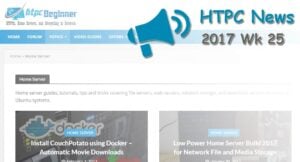 Welcome to the htpcBeginner HTPC News Roundup 2017 Wk 25. This week saw Emby Server updates, a crackdown on pirated content, tutorials for Kodi snap app and LibreELEC installations, and cord cutting advancements. Read on for the latest in HTPC news and updates!

A Kodi piracy crackdown and unsteadiness of torrenting sites like ExtraTorrent.cc proves the changing pirated content landscape. As PC Mag reports, European copyright law is applicable to communication between entities and the public. This is relevant to the Pirate Bay. Accordingly, the European Court of Justice ruled that TPB is liable for copyright infringement. [Read: Best torrent websites 2017 - Torrenting sites 2017]

This ruling relates to a 2010 case. It's important since the Pirate Bay is not a repository of content, but rather directory. So while TPB doesn't host illegally shared content, EU copyright law still holds sites like the Pirate Bay accountable for its communications with the public. For those that plan to torrent, a VPN is essential. Although torrenting remains the most popular form of downloading, Usenet is a viable alternative. For Linux torrent fiends, check out these best BitTorrent Linux clients. (Note: We at htpcBeginner do not condone Internet piracy, but we are proponents of anonymity while browsing). [Read: Install Sick beard with Pirate Bay torrent support on Ubuntu]

The file sharing space evolved. While file sharers once were targeted, it's now sites rather than individuals which are slapped with lawsuits. But as Torrent Freak states, three UK men were sentenced in a file sharing case. Mostly this arrives on account of the Police Intellectual Property Crime Unit and its derivatives like the Federation Against Copyright Theft (FACT).

Reportedly, the three individuals operated on a large scale hosting over £100,000 of pirated content. Additionally, the leader of the group, Eric Brooks, earned greater than £500,000 through his efforts largely via PayPal. Thus, low-level pirates need not worry. But this case illustrates the continued efforts to squash out piracy.

More hotels will let you watch your own Netflix 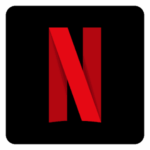 Netflix persists in offering huge innovation. First, the video rental company debuted its DVD by mail feature. Then came its streaming service. Netflix Original series propelled Netflix into the category of content creator, not mere aggregate. Meeting consumer demand, Netflix further catered to its users with an offline downloading feature. This latter functionality is excellent for those on the go. For frequent travelers, StayCast is a neat new means of watching Netflix in hotels.

Powered by Google Chromecast, StayCast is a service for hotels which allows users to cast their own Netflix from compatible devices to the big screen. Simply down the Hotel Cast app for either Android or iOS and stare streaming Hulu, Netflix, and cast-capable apps. This is a revolutionary feature which seeks to eschew the need for dongles and wires. Rather than relegating video streaming to a tablet, phone, or laptop, just cast from a compatible device to the hotel TV. As Engadget reports, Hyatt has been quick to adopt this technology.

Over-the-air DVR: Do you really need it?

With streaming services from CBS, PBS, and more cord cutters have plenty of means to stream sans cable. However, these cost monthly fees. Even many premium streaming services like Sling TV, Hulu live TV, and YouTube TV lack certain local channels. So despite the prevalence of streaming, OTA DVRs provide niche functionality which ultiamtely may boast monetary savings.

How to install Kodi using AppStarter on Fire TV – Method 5

How to install Kodi on Amazon Fire TV...