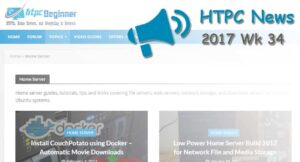 Welcome to the htpcBeginner HTPC News Roundup 2017 Wk 34! This week saw Plex privacy policy updates, a win for fair use, and Kodi v17.4 released. Read on for the latest in HTPC news and updates!

YouTube fair use case ends in victory for h3h3Productions

The YouTube channel h3h3Productions is run by husband and wife duo Hila and Ethan Klein. When the Kleins uploaded a video making fun of YouTuber Matt Hoss, he sued on the grounds that the Kleins republished his video clips which therefore constitutes copyright infringement. However, District Judge Katherine B. Forrest ruled that the Kleins's use of Hoss's clips falls under fair use. “Any review of the Klein video leaves no doubt that it constitutes critical commentary of the Hoss video; there is also no doubt that the Klein video is decidedly not a market substitute for the Hoss video,” she explained. It's a major ruling which supports creators and their ability to use material under fair use. [Read: How to install YouTube Kodi addon]

The video consumption space continues to evolve. Notably, looking to pirate streams and torrents provides insight into popularity and movie watching habits. As PC Mag reports, the most pirated movies all hail from the same camp. You'll find that it's a list of exclusively 2017 films. That's not terribly surprising as what's popular and breaking through other channels is likely trending across the board. This includes torrent sites. One notable film you'll find on the list is Security, which stars Atonio Banderas as a mall cop attempting to save a girl from mercenaries. Chances are it's better than Paul Blart Mall Cop, though that's not saying much. Security didn't see a US release, only a DVD distribution in Europe. With streaming services and torrenting, movie viewing persists in migrating to the small screen. However, with revolutionary offerings such as MoviePass, there's still plenty of incentive to hit up the box office. [Read: Best torrent websites 2017 – Torrenting sites 2017]

Libraries may be the least likely to be associated with streaming. But Kanopy, a new streaming service, allows library card holders to stream over 30,000 films. As Riverdale Press (no association with the Archie universe) reveals, it's catching on at the Riverdale library as well as the New York Public Library. At the Riverdale Public Library, 10 users signed up for library cards specifically for the streaming service. [Read: 13 best streaming apps for Xbox One – Streaming apps for Xbox One]

The eclipse on Monday, Aug. 21, 2017, swept through the masses creating loads of excitement. In the Kodi community, Kodi-Clipse hit with Kodi v17.4. Several major issues have been fixed and patched. Notably, you'll find a fixed WIndows crash on account of a Python problem, Linux FFmpeg 10-bit H.265 playback improved, and a better native keyboard in iOS 11. Plys, there's a potential Android O app icon fix. With Kodi v18 on the way, v17.4 further hones the Kodi media center in advance of the next iteration. [Read: 5 reasons to use Plex instead of Kodi and 5 reasons not to]

Plex changes its new privacy policy after backlash, clarified it's not trying to see what's in your library 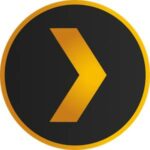 Plex updated its privacy policy recently. While this removes users' ability to opt out of data aggregation, Plex reiterated that it doesn't care what's in user libraries. Plex clarified that it's unconcerned with data collection in regard to library items. But the main changes are that Plex generalizes playback stats. As such, there's no fingerprint to identify a file in a user's library. However, Plex still benefits from stats like server performance on specific hardware and with various codecs. Based on feedback, there's a new feature to opt out of playback stats, marketing communications, and even crash reporting. Though Plex likely doesn't want to collect data to identify pirated content, it's refreshing to see Plex listening to user feedback and taking it into consideration.  [Read: How to install Plex on Xbox One – Use your Xbox One as a Plex client]

OpenELEC vs LibreELEC – Comparison of operating systems for Kodi