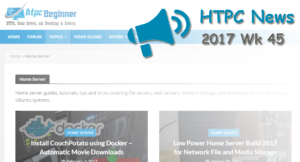 Welcome to the htpcBeginner HTPC News Roundup 2017 Wk 45. This week saw the Amazon Fire TV Basic Edition drop, Hulu for Nintendo Switch, and more. Read on for the latest in HTPC news and updates!

In a major move, Hulu has come to the Nintendo Switch. This marks the first streaming service available on the Nintendo current-gen console As a portable device and set top combo, the Switch sports major potential as a gaming and home theatre device. Unfortunately, until now, it's been devoid of streaming options. Hulu is a start, and hopefully the likes of Netflix, PS Vue, DirecTV Now, Sling TV, and more will be soon to follow. Perhaps even a Plex client app? Hint hint. 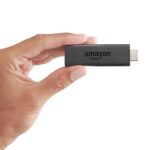 Amazon dominates at eCommerce and streaming. Its latest release arrives as the Amazon Fire TV Basic. Essentially, this is an Amazon Fire TV stick which targets an international (read: non-U.S.) crowd. You'll find the same hardware of the vanilla Fire TV stick, but sans Alexa. Because there's no Alexa onboard, Amazon avoids the challenge of localizing Alexa for worldwie support. Similarly, the remote lacks a microphone.

However, it's not out of the realm of possibilities that Amazon could roll out an update to bring Alexa to the Fire TV Basic. This of course would requite a ton of work localizing Alexa, but it's still feasible. Regardless, the Fire TV Basic is an excellent bit of hardware to run Amazon's Prime Video international release.

Before we dive into this one, remember: Kodi itself is completely legal. Only certain third-party apps offer pirated content. Additionally, there's been a massive crackdown on pirate streaming from both outside sources and within Kodi. According to the MPAA, an astonishing 26 million people are supposedly using Kodi to view copyrighted material illicitly. That's a huge number. Over here at htpcBeginner, we are big Kodi fan, but we only condone legal streaming addons. Check out the best legal Kodi TV show addons, top legal Kodi movie addons, best anime addons, best legal streaming addons for broadcast TV, and more. Plus, there are loads of legal Kodi boxes as well. [Read: 10 Best legal streaming addons for Kodi]

Let this sink in: The Pirate Bay, one of the most popular, oldest, and most resilient torrent sites on the Internet, has been offline the past several days. As Express.co.uk reports, 1337x was slammed with an attack. But don't abandon ship just yet. Torrent sites are notorious for going offline, then coming back online. In the mean time, 2017 is full of superb torrent sites. Need a torrent client? These 8 Linux BitTorrent clients are excellent options. [Read: Best private torrenting sites 2017] 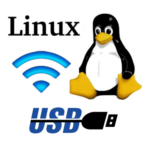 Don't panic just yet. Linux, often heralded as the most secure operating system option. Unfortunately, Google security expert Andrey Konovalov discovered 14 vulnerabilities in the Linux kernel USB subsystem. For all intensive purposes, that's not good. Konovalov revealed that these may be triggered using a malicious USB device where an attacker has physical access to a machine. But these 14 flaws are part of a larger list of 79 flaws Konovalov uncovered in the Linux kernel USB drivers over the past few months.