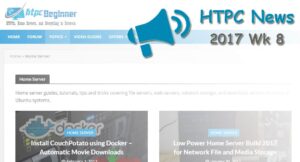 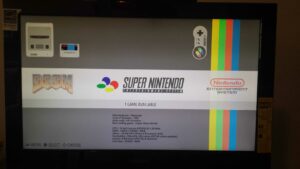 While RetroPie might be the most well-known Raspberry Pi retro gaming distro, Recalbox is an excellent alternative. Recalbox boasts a more user-friendly install and simplicity in its minimalist approach. On Feb. 19, 2017 the Recalbox 4.1.0 unstable rolled out. Among the new features, the latest unstable iteration of Recalbox supports 22 languages. There's not Raspberry Pi 3 internal Bluetooth support, additional wi-fi support, added security to passwords in recalbox.conf, and more. Check out the GitHub page for the full change log. [Read: Guide: How to install Recalbox on Raspberry Pi for Kodi with Gaming?]

In the gaming world, NVIDIA and Intel dominate AMD. However AMD trounces Intel and NVIDIA with its superb price-to-performance ratio. MSI this week unveiled a new lo profile Radeon RX 460 graphics card. The Radeon RX 460 with its low profile is perfect for home theatre PC use and makes a great addition to an HTPC/gaming PC combo. Forthcoming MSI RX 460 low profile GPUs will be available in two models. The MSI RX 460 2GT LP comes with 2GB of GDDR5 while the MSI RX 460 4GT LP packs 4GB of DDR5. Both feature a 128-bit bus. A low profile form factor aims to fit slim HTPC cases, is a dual-slot GPU, and retains dual-fan coolers. [Read: Medium Budget 4K HTPC Build 2017 for Kodi, Plex and Gaming]

Use The Pirate Bay? Why Google is Making it Harder to Download Files from Torrent Sites

While torrent sites regularly come and go, The Pirate Bay remains resilient. Express.co.uk reports that Google and Bing plan to penalize torrent sites such as The Pirate Bay. A newly announced code of practice promises to demote search results to from these providers. User trying to content from pirate sites using Google and Bing searches will have a tough time finding those results. The workaround: simply navigate to sites like The Pirate Bay and search directly. Or better yet, use torrent automation software like these 9 best home server apps for automated media management.

Google Fiber is poised to take over as Google expands its high speed Internet service. But it's not just uber fast Internet that Google is putting in homes. Engadget reports that Google Fiber seems set to debut a 4K set-tob box. Reportedly, the forthcoming Fiber box boasts dual band wi-fi and Bluetooth 4.1. It's dubbed by an FCC listing a "4K wireless TV box." Engadget further suggests that the set-top box sports 4K and HDR support from the likes of Netflix and YouTube.

In an Oct. 2016 write up, 9 1o 5 Google suggested that IR and coax ports were removed. In other set-top box news, Mashable reviews the Caavo, a neat new set-top box that aims to consolidate streaming services and DVR into one device.

LibreELEC 8.0.0, or LibreELEC Kryotpn, has been released. Based on Kodi 17 Krypton, LibreELEC 8 brings a slew of new featyres. WeTek Play 2 support improves in 8.0.0. TVheadend issues for the WeTek Play 2 DVB driver are fixed. The WeTek Play 2 remote keymap gets an update and displays additional buttons. There are new linux-amlogic kernels for ARM ( version 3.1.0) and AArch64 (version 3.14). LibreELEC is an excellent option for creating a stellar HTPC with embedded devices. [Read: How to install LibreELEC on Raspberry Pi 3 - Kodi Media Center]