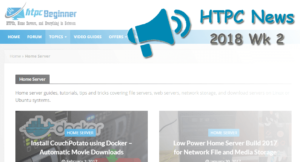 Welcome to the htpcBeginner HTPC News Roundup 2018 Wk 2. This week saw the best torrent sites, top Plex client devices, and a major OSMC update. Read on for the latest in HTPC news and updates!

There are several ways to store your media files for your home theatre PC (HTPC) set up. One such method is using a flash drive. SanDisk, perpetually at the forefront of innovation in the storage space, debuted a whopping 1 TB USB-C flash drive at CES 2018. Kingston earlier in 2017 crammed an impressive 2 TB into a flash drive, but what makes this new storage device from SanDisk so novel it that it's the smallest 1 TB flash drive featuring a Type C USB connector. Armed with a flash drive like this, users may benefit from tons of added storage space on mobile devices like smartphones and tablets. [Read: How to create a LibreELEC live USB] 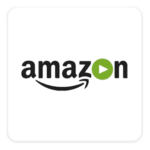 RIP Anime Strike. Amazon nixed this service, and instead added all of those anime shows to its Amazon Prime catalog. That's a really beneficial move for anime fans. No longer will users have to pay an added $5 per month for Anime Strike. This is the perfect example of what needs to happen more often in the streaming space. Rather than having increased stratification, more inclusive services is better for consumers, especially cord cutters. Streaming options such as Sling TV, DirecTV Now, and PS Vue offer tons of content, but with companies like Disney forming their own streaming sites, users are forced to pay for more services. Well played Amazon. [Read: Best Amazon Fire TV games 2017]

NUCs make for spectacular mini HTPCs, servers, and even gaming machines. Intel's latest NUC uses AMD's Vega GPU graphics chips, a testament to the strides AMD has made in recent years. From benchmarks, Engadget reports that the forthcoming NUC should be able to handle virtual reality gaming at 1080p at 60 FPS. That's truly noteworthy, particularly for the size of the PC. [Read: 5 reasons to use Intel NUC as your HTPC or media center]

As TorrentFreak reports, the most pirated movies for the first week of January 2018 include several popular flicks such as "Blade Runner 2049," "Dunkirk," and "It." However, certain films on the list including "Jumanji: Welcome to the Jungle," are still in theatres. This proves not only the continued prevalence of piracy but the popularity of sharing content even before its physical release. Here at htpcBeginner, we do not condone piracy, though it's interesting to explore trends in the torrenting and Usenet spaces.

How to add Favorites shortcut to Kodi homescreen