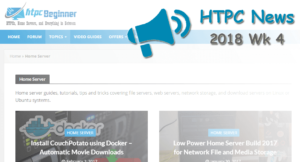 Welcome to the htpcBeginner HTPC News Roundup 2018 Wk 4. This week saw a "Thor Ragnarok" pre-order blunder, a Plex VR app, and Netflix comings and goings. Read on for the latest in HTPC news and updates! 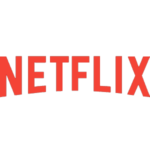 There are loads of popular streaming sites. However, Netflix consistently ranks as one of the most popular. Each month, the Netflix streaming lineup changes. For February 2018, the ever-evolving slate of movies shifts again. Prepare for titles such as "Goodfellas," "Kill Bill" volumes 1 and 2, and "Aeon Flux" to hit streaming while the likes of "Family Guy," "The Nightmare Before Christmas," and "Voyage to the Bottom of the Sea" leave. [Read: 5 Best Android apps for music streaming server]

Marvel hit film "Thor Ragnarok" is slated for a Feb. 19, 2018 release. However, an iTunes pre-order mistake allowed for downloads of digital copies early. As such, "Ragnarok" has been pirated incredibly fast, as TorrentFreak reports. Supposedly, a legal pre-order debuted early, and pirates used this, as well as other means, to provide torrents to the masses. Interestingly, studies from the EU suggest that piracy does not in fact hamper sales.

The next iteration of Kodi, v18 Leia, is adding video game ROM emulation. This allows Kodi to serve as a home theatre PC (HTPC)-retro game console combo. In this way, it's similar to RetroPie or Recalbox, though those boot into EmulationStation and feature Kodi as an add-on. This makes Kodi v18 Leia truly an awesome HTPC offering. [Read: Recalbox vs RetroPie: Which retro gaming OS should you use?]

Netflix execs say they're not afraid of Disney's streaming service

Disney announced its plans to launch a streaming service of its own. Despite the competition, Netflix revealed that it is not frightened of Disney's competitor service. Rather, Netflix CEO Reed Hastings revealed that he'll be a subscriber.

Your Chromeast may be killing your Wi-Fi

Among the most popular streaming devices around, Chromecast offers an inexpensive solution. Yet Chromecast may be hurting your Wi-Fi. Several routers including hardware from Linksys, Netgear, Synology, and ASUS have been affected. As TP-Link reveals, it's owing to the Cast feature which sends MDNS discovery packets to keep a live connection. Sending many packets in a small time span can mess with a router's functionality.

Ubuntu boot to Kodi: 2 ways to boot directly to Kodi on Ubuntu systems