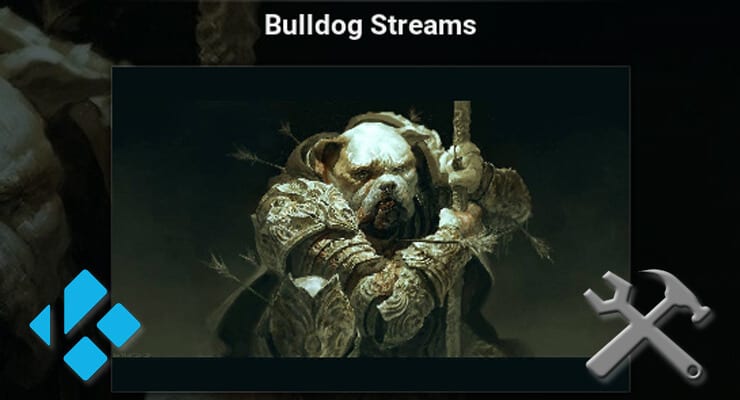 If you like to stream sports through Kodi we bring you another addon that might help you get that kind of content. The Kodi Bulldog Streams plugin is a sports addon that enables you to access several sources for your favorite sports events. We have previously recommended this addon as part of our 10 best Kodi addons to watch EPL. However, with the Kodi Bulldog streams addon you can watch pretty much any sport you want. This makes it worth checking out and installing it on your system. Read on to find out how to install Bulldog Streams addon. [Read: 10 best Kodi sports addons in 2015 for your HTPC]

First things first. In order to get the Kodi Bulldog Streams addon up and running on your system, you will have to first install the Bulldog Repo. Add the source for this repository by heading to System -> File manager -> Add source. You will see a dialog. Set http://www.bulldogstreams.football/addon/zips/ as path and Bulldog Repo as source name, then click OK. [Read: How to Install SuperRepo on Kodi for easy addon installation?]

Now we install the repository. From the main menu, go to System -> Settings -> Add-ons -> Install from zip file. Click on the source you added, Bulldog Repo, and then click on repository.bulldogstreams. This will give you a list with all the versions of the repository you can install. Select the one with the highest number in order to install Bulldog Streams from the most recent repo.

If all goes well, after a few seconds you should see a notification on the bottom-right corner of your screen, similar to this one:

What can I do with the Kodi Bulldog Streams addon?

You have successfully installed the Kodi Bulldog Streams plugin. After you install Bulldog Streams, you will be able to stream the latest sports events on your Kodi media player. You can use the addon from the Kodi main menu, clicking through Videos -> Video add-ons -> Bulldog Streams.