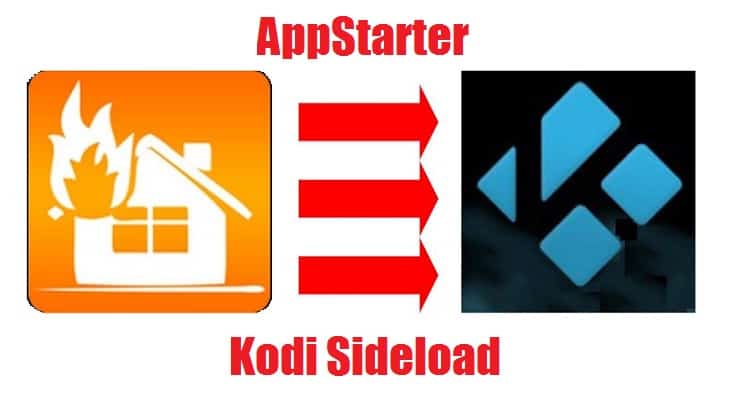 Although there are many tools available to sideload applications onto the Amazon Fire TV, there are few that allow you to manage and update them post install. One tool that does is AppStarter. AppStarter is a solution designed for managing your Fire TV applications and has been designed to make the deployment of both Kodi and SPMC simple. It also allows you to update them when new versions become available. In this post, we will first install AppStarter on Firestick/Fire TV. This is done using ES File Explorer. We will then install Kodi using AppStarter and show you how to update the application whenever new versions are released.

AppStarter, formerly known as FireStarter, is a tool designed to manage your apps on Amazon devices. To begin the install we must allow the Fire TV device to run unofficial applications. On the Fire TV, select Settings and then scroll across to Device and click it. Once in this menu, select Developer Options and you will see the following screen. You must now enable both options: ADB debugging and Apps from Unknown Sources. [Read: Prerequisites to Install Unofficial Apps on Fire TV]

When ES File Explorer has fully installed, expand Favorite on the left hand menu and then choose Add. The Add to favorite box shown in the below image will appear. Here we are going to add the source for the AppStarter APK file. Enter both the path and name as shown below and then click Add. [Read: Beginner Blueprint: Complete Amazon Fire TV Kodi Guide]

AppStarter will now be added as a favorite in your ES File Explorer. Expand favorites once again and now click on the AppStarter favorite you have just created. On the right hand pane the AppStarter-v4.0.zip file will appear. Click on the file and the download will begin. Depending on your Wi-fi connection this could take a few minutes. Once the download completes you will be presented with the following popup box. Select Open File to begin installing AppStarter on Firestick or Fire TV.

At this point the AppStarter installation will begin. The installation screen gives you details on what AppStarter requires access to and how it will behave. Check that you are happy with the default configuration and then select Install.

You will now see an onscreen progress bar and the software will install to your device. Once this has finished you have completed the install AppStarter on Firestick process. We will now install Kodi using AppStarter. [Read: How to stream iPhone to Amazon Fire TV Stick using AirPlay]

Since the application is deployed, we will look at how to install Kodi using AppStarter. Start the AppStarter application and select Updates from the left menu. The image below shows what you will be presented with. The Updates screen displays details of any installs you have of AppStarter, Kodi or SPMC. If any of these applications are not installed on your device, the Install button will appear on the right. To start the Kodi Setup using AppStarter, click the Install button shown below in yellow. [Read: How to block Fire TV updates (unrooted)]

AppStarter will now look for the latest available version of Kodi and then download it on to your Fire device. Once downloaded, AppStarter will automatically start Kodi's installer and you will be presented with the screen shown in the below image. This screen details what Kodi requires access to and how it will behave. If you are happy with the details shown, select Install. [Read: Block Amazon Fire TV auto update (unrooted) – Method 2]

You are now complete and Kodi will begin to install to your Fire device. Within a few minutes, it will be ready for use. The AppStarter application can also be used to quickly and efficiently update Kodi on your Firestick or Fire TV. The Kodi setup using AppStarter is all done for you and you do not need to point the software in the direction of the files. [Read: 10 Best Amazon Fire TV apps for media streamers]