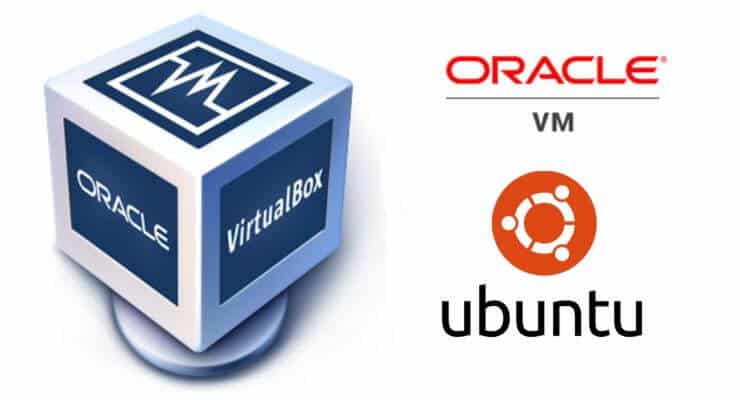 Running a VirtualBox Linux Server allows you to run a server from your existing system without making any permanent changes to your hard drive. These SSDs, high-capacity hard drives, and 8GB (or even 16GB) RAM are very common. Therefore, most laptops can easily handle running two operating systems (one on the host and one as virtual machine). This VirtualBox Ubuntu installation guide is OS independent. Therefore, your host system can run any OS. Before we begin make sure that you have installed VirtualBox following one of the following posts:

To install Ubuntu Server on VirtualBox, from the VirtualBox main window hit New to create a new VM. As you type the server name (TrustyServer in this case) the type and Version of OS may automatically be populated. If not, change them to appropriate ones.

Next, set the amount of RAM memory to allocate to the VM. I recommend choosing at least 1024 MB of RAM memory (2 GB if available). For a basic Ubuntu headless VirtualBox Server, you may be able to get by with 512 MB RAM. Then, you will be presented with the option to create a virtual hard drive for your VBox Ubuntu Server VM. You can use an existing virtual hard drive if you have one. If not, create a new hard drive with at least 8 GB space.

Leave the hard drive file type to the default (VDI). If compatibility with VMware is important, choose VMDK. In the next window, choose "Dynamically allocated" for "Storage on physical hard drive". Dynamically allocated expands hard drive as needed up to a maximum size set in the previous step. Finally, click OK to complete creating a new VM for Ubuntu Server. The new VM should appear on the virtual machines list on the left.

Next, right-click on the Ubuntu Virtual Machine you created (in this case, TrustyServer) and go to Settings->Storage.

As shown in the picture below, check "Live CD/DVD" on the right size. Then click on the disc icon, browse for the Ubuntu ISO file you downloaded above, and select it to mount it as a CD. You will use this mounted ISO file to install Ubuntu on VirtualBox.

Click OK and start the new VM to setup Ubuntu on VirtualBox. The VM should boot from the Ubuntu Server installation ISO.

Once your Ubuntu VM boots, follow the onscreen prompts to install Ubuntu Server on VirtualBox. You may use the following two posts as guidance.

Once VirtualBox Linux installation is complete, reboot your virtual machine and you should boot in to your Ubuntu Server VM. Next, consider reading through the following posts to setup VirtualBox guest additions, shared folders, extension pack, and USB drive sharing.

Few weeks back, we published a list of best home server operating systems. Installing these OSes on VirtualBox is the best way to test and figure out which OS fits your needs/liking. Or if you already know what OS to use but don't have a system to spare, you can choose to run the OS of your choice within VirtualBox on your host system. You can even connect a USB hard drive, filter it to the Virtual Machine and run a home server on VirtualBox. All without making any permanent changes to the hard drive. Isn't that cool? Go ahead install Ubuntu Server on VirtualBox and give it a shot.