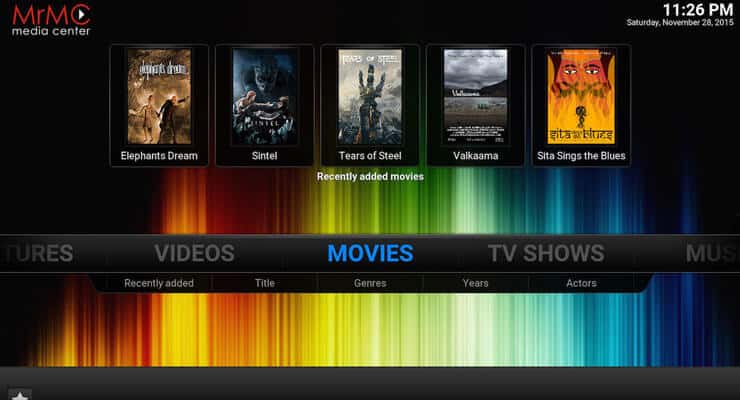 Kodi is finally on the Amazon Fire TV AppStore. That sentence by itself would be very amazing, but there's a catch. If you remember from our article about Kodi piracy box sellers and their threat over Kodi, you might realize why a company such as Amazon might think badly of this app, specially considering part of their business is to sell content. However, Amazon keeps sending mixed signals regarding Kodi. When Amazon blacklisted FireStarter, a tool that is used as a launcher to start Kodi faster, there was little doubt about Kodi being blacklisted next.

However, the opposite happened, and instead, Amazon included a way to explicitly add Kodi to their recent apps menu on Fire TV, effectively making it possible to start Kodi with one-click, even if you hadn't used it before. So if you thought Amazon Blacklisted Kodi, you were wrong. [Read: Did Amazon block Kodi? This update suggests otherwise]

An app forked from Kodi, called MrMC, has made its way to the Amazon AppStore. This would be great news for cordcutters who want to use a Kodi Amazon Fire TV setup in a straightforward way, were it not for two things. First, MrMC has been stripped of all the capabilities to accept third party addons, which renders it as useful as a standalone media player. Lastly, but no less important, MrMC is a paid app, which will cost you nearly 7 bucks. I was wondering for a while who would pay 7 bucks for something they can get for free if they install Kodi on Amazon Fire TV. I was unable to come up with a sensible theory about that, so I will leave it to you, the reader, to ponder about it.

It seems that Amazon does not really want to limit their users, which is nice, because they didn't attempt to block Kodi, at least not yet. But at the same time, it seems as if they don't want to look like a company that supports Piracy. We have to remember that Kodi does not directly support piracy, either. Kodi is just a media player which is highly customizable by users, and it depends on users what is ultimately done with it.