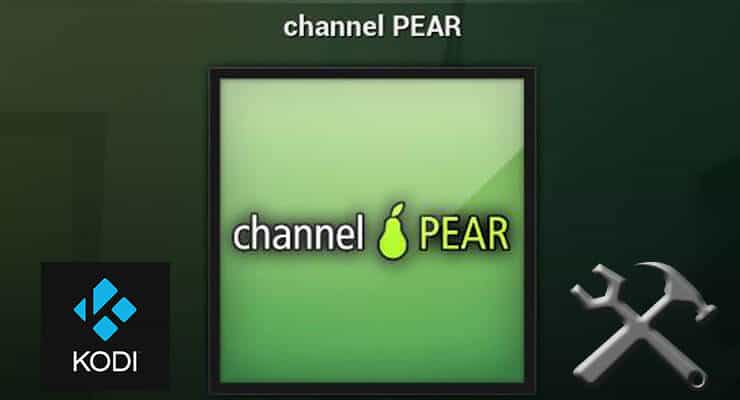 With the NFL season upon us, it might be interesting to find ways to watch games, highlights, interviews and other related content about the NFL on Kodi. This is one of the most amazing sports for Kodi media centers and big screens, since you could actually invite friends and have a beer while watching your favorite content or games, or simply relax by yourself after a work day, and watch all of the content about Live NFL on Kodi that some addons offer. In this occasion we will show you how to install channel PEAR Kodi addon; a plugin aimed to answer the question "How to watch NFL on Kodi?". This addon provides lots of content besides that, however, we could talk about it as if it's a Kodi NFL Add on, since it has several channels dedicated to this sport. [Read: 10 best Kodi sports addons in 2015 for your HTPC]

Update (Aug 21st, 2016): Are you interested on watching NFL through Kodi? Take a look at these 10 Kodi ADDONS to Watch NFL LIVE on your Kodi Media Center!

This channel PEAR addon not only lets you watch NFL on Kodi, but also brings channels with lots of other shows and series you could watch when the season is over, or between games. The most watched TV series find a spot within its channels, and since all of them are maintained by the channel PEAR community, you will rarely find dead links or missing content. In this regard, channel PEAR is also a live TV addon for Kodi, and a very good one at that. Combine it with a wireless HTPC keyboard or a remote app for Android such as Kore, the official Kodi remote, and you will only have to worry about not to spill soda or nachos on yourself while watching the games with such a comfortable setup. You could also install other live TV addons, such as Phoenix (please refer to our guide to install Phoenix on Kodi to find out how to do it).

Enough talk! I want to watch NFL on Kodi!

Alright then! first off, you need to install the PodGod repository, in order to find channel PEAR and other addons. From Kodi main menu, go to SYSTEM -> File manager. You will be shown your sources list, and then you should double click on Add source. This will show you a dialog with two fields you need to fill. Type http://podgod.mtlfreetv.com/Podgod/install/ as path, and type PodGod Repo as the name for the media source. After that, click OK.

PodGod Repo should now appear on your sources list. Install the repository by going to the main menu again, but selecting SYSTEM-> Settings -> Add-ons -> Install from zip file -> PodGod Repo. You will see a dialog with the .zip file in it, so just click the only file in that menu.

If the repository was correctly installed you should see a notification similar to this one, on the lower right corner of your screen:

Click it, and select the option to Install it, from the menu that appears. Wait a little, and you will see a notification like this one on the lower-right corner of your screen.

And that's it! With this NFL Addon XBMC / Kodi gets a wealth of content not just related to NFL streams, but also tons of series and shows you might find entertaining, and other sports you can watch from the comfort of your living room. This addon has some of the best Kodi channels to watch anything you want from live sports on Kodi to the most popular Kodi channels and shows. Check it out today, because it is completely free!