Home » News » OpenELEC 6.0.3 Release: Some features from the future

OpenELEC 6.0.3 Release: Some features from the future 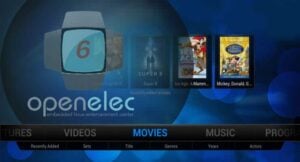 As OpenELEC 6.0.3 release contains a major Kodi version bump if you're upgrading from OpenELEC 5.0, it is suggested that you perform a full backup before manually doing the OpenELEC 6.0.3 upgrade. If you experience issues, it is advisable to perform a soft reset, to clear OpenELEC and Kodi settings. 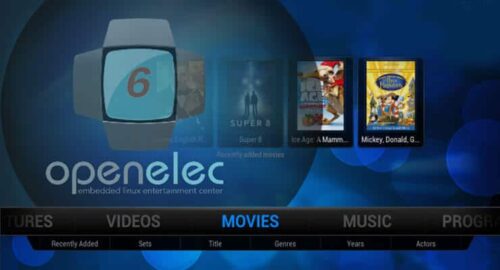 OpenELEC 6.0.3 brings some maintenance improvements and some features from the -still not released- OpenELEC 7.0

Upgrade to To OpenELEC 6.0.3 Release

You can upgrade the software to the latest OpenELEC 6.0.3 version manually or automatically.
Please follow our OpenELEC Manual Update guide or OpenELEC Wiki for detailed instructions.

Users of OpenELEC 5.95.1 through 6.0.1 with auto-update enabled will receive an onscreen prompt to reboot and apply the update, once it has been automatically downloaded to their system. For older versions of OpenELEC, or for newer versions with auto-update disabled, it will be necessary to update manually. You can find the full OpenELEC 6.0.2 and 6.0.3 release announcement on the OpenELEC website.

Guide: How to install Emby Kodi addon in your Kodi HTPC