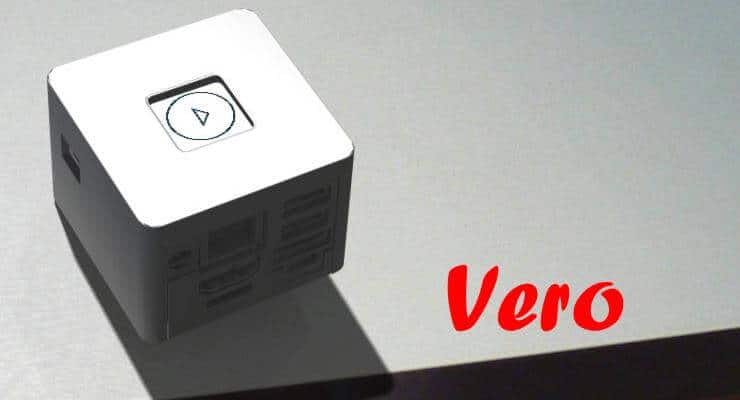 The age of the mini XBMC media players is here and Vero media player running OSMC could give others the run for their money. It may be a new entrant but it comes with the strengths of OSMC, which is evolving from Raspbmc, one of my favorite media center distros for Raspberry Pi. According to Sam Nazarko, who is behind Raspbmc, OSMC, and Vero - OSMC is going to be a great software but great software needs a great device to run on. That's where the new OSMC box named Vero comes in. Vero is being developed to be the the flagship device for OSMC and will showcase its potential. The kickstarter campaign for Vero will kick-off this month and the Vero media players are expected to ship by December this year.

The Vero media player with OSMC will of course sport Kodi entertainment center is being made by OSMC for OSMC. The objective is to fill the gap in the market for an affordable but high performance media center device.

If you are a fan of Raspbmc, then expect good things from this Vero OSMC device. Lookout of the Kickstarter campaign to begin shortly, pledge your support, and be among the first ones to get your hands on the new Vero media player.