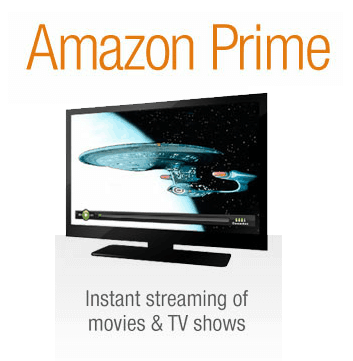 XBMC is a great media player, very well suited for HPTCs. There are several XBMC addons that stream videos from the internet. In this post, I am doing to describe how to play Amazon Prime Videos on XBMC (both free and rented videos), running on a Ubuntu system. With the recent price increases in Netflix, free video streaming by Amazon to its Prime customers seems all more enticing. Agreed that Amazon does not carry as many videos as Netflix at this point but Amazon works out to be cheaper than Netflix. Furthermore, if you are like me, who orders stuffs frequently from Amazon you can enjoy the free 2-day shipping for the same price as well.

Watching Amazon instant videos on your PC is fairly simple when you are near the PC. In my case, I wanted to browse and watch instant videos on my Ubuntu HTPC running standalone XBMC. I do not have a keyboard or mouse to work on it. All I have is a simple MCE remote for play control. So I searched for a plugin that could login into Amazon account and pull and stream videos.

Bluecop, has developed several video streaming plugins such as Amazon Videos, Hulu, ESPN, etc. for XBMC: http://code.google.com/p/bluecop-xbmc-repo/. Further details and discussion on the Amazon plugin can be found in these two threads:

Getting the Amazon Videos plugin in Ubuntu can be a bit of work, especially if you are running one of the previous versions of Ubuntu (eg. Lucid Lynx) like I was. Below I have explained the steps I took to get my Amazon Prime Instant Videos to work on my HTPC.

Following are the requirements to get the plugin to work:

Ubuntu at least until 11.04 comes only with librtmp 2.3 and I found no way of upgrading this to 2.4. So I installed the latest (2.4) version of rtmpdump (Precice Pangolin comes with rtmpdump 2.4 - you can skip this and go to Step 3).

Clone the latest sources for the rtmpdump from the git repository:

The move to rtmpdump/librtmp folder and do the following:

Then use the following command to install it:

Unless your current XBMC is compiled with librtmp enabled (enabled by default in XBMC 11 Eden), you will have to pull the currently nightly source, compile, and install it as described below. If you have not already installed all the dependencies, then check my previous post and then come back here.

Edit your /etc/apt/sources.list and add the following:

Note: replace “lucid” with your version of Ubuntu. Then update and build your dependencies:

For last stable release, download the latest file from here: http://mirrors.xbmc.org/releases/source/ as described (replace "xbmc-10.1.tar.gz" with your filename):

Then cd to the xbmc folder and follow these steps:

The final "make" command may run for several hours. Using all CPU cores may speedup the process a bit (eg. if you have 4 cores then use “make –j4”). After the make process is complete, you can run xbmc with the "xbmc.bin" command from the commandline. Optionally you may choose to installed the compiled version using the following command:

Then from XBMC->Settings->Addons, install repository for the zip file. Then browse the video addons in the repository and install the Amazon Videos plugin. Configure it with your Prime username and password and that’s it. You are good to go.