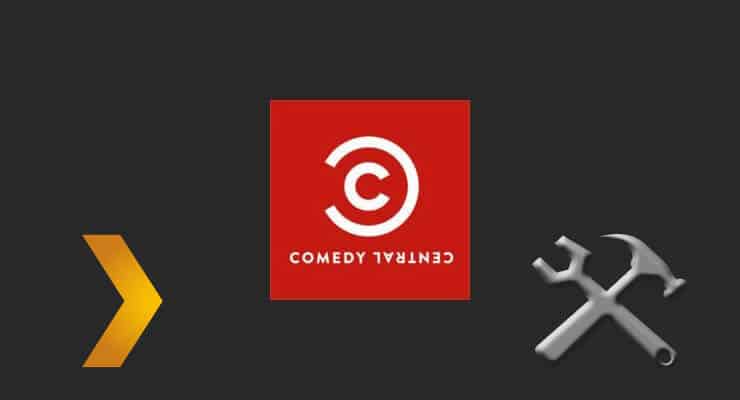 If you own a Plex Media Server, you can benefit from adding channels to it, in order to extend its features. You can get access to music by installing the Plex SoundCloud Channel or watch various kinds of content with plugins such as the Plex PBS Channel. Today we will teach you how to install a channel that's entirely focused on comedy shows; the Plex Comedy Central channel can be installed officially on your Plex media server, and the method to do it is really easy. There are also ways to install unofficial channels, and you can read about those in some of our other Plex tutorials. [Read: Guide: How to install Plex Web Tools 2.0 on your home server]

If you're still undecided about whether installing Plex as a media manager on your home server might or not be a good idea, you can compare it with other apps; for example, you can compare Plex vs Emby and see how they fare against each other. If you decide to install Plex, you will be able to enjoy the good comedy shows and skits that the Plex Comedy Central channel brings to your home server, from any connected device. [Read: Guide: How to install Plex Android client app]

Click on Categories -> Video, and you will see a list of video addons available for your media server . To install Comedy Central Plex complement, scroll down on this list until you find Comedy Central. Click it, and a popup will appear. To continue the installation of Plex Comedy Central channel, click the Install button. [Read: Plex Unofficial Channels: Install the 3 Best Plex Channels]

Wait a few seconds while the Plex Comedy Central plugin installs on your home server. When it's done, you will see that the popup dialog changes, and buttons Browse, Update and Uninstall will appear. If you click Browse, you will be able to check the content available on the addon.

That's it! You are ready to enjoy comedy shows on your Plex Media Server with the Plex Comedy Central channel. If you are interested on getting more content, you can try unofficial channels, such as the Plex Icefilms Channel. If you have not configured your Plex media server yet, you can read this tutorial on how to install Plex Media server on Windows. With our tutorials, you will be able to make the most of your home server, no matter what OS or server app you choose!