Earlier in 2017, Plex announced its acquisition of Watchup. A partnership remained a little vague, but now it's clear what Plex snagging Watchup means. New to Plex, there's a nifty news feature. Learn what it means that Plex News launches, and how to stream news content. [Read: Plex for Kodi becomes free: Watch Plex on Kodi, no Plex Pass required] 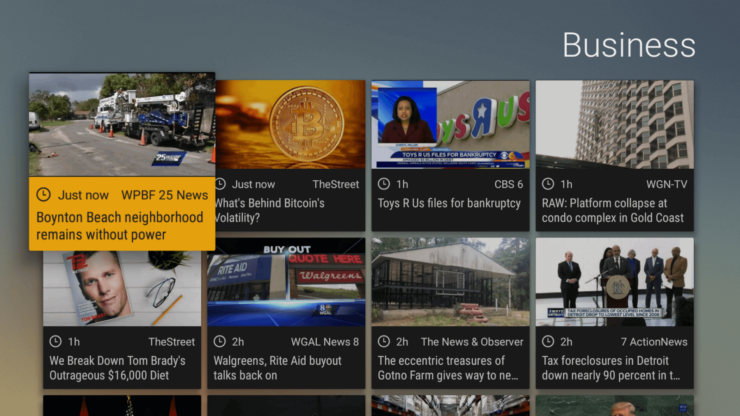 As Plex states in a Sept. 26, 2017 blog post, its server software is excellent for watching movies and television shows. But there's also real content to watch. Enter Plex News. This feature complements the Plex Live TV and DVR features debuted earlier in 2017. With Plex News, you can watch video from the likes of CBS News, CNN, CNET, Sky News, and The Blaze. It's a really fantastic feature, and truly benefits cord cutters. [Read: Troubleshooting Plex buffering - Solutions for when Plex keeps pausing]

The future of Plex: A comprehensive streaming media platform

Plex already solidified its spot as one of, if not the best media server software option. Now, with the advent of Plex News alondside Plex Live TV and DVR, Plex is a one-stop-shop which combines streaming media from a home server as well as from third-party sources. There were already channels which offered similar functionality for the likes of Ted Talks. But Plex News further expands that content. [Read: 5 reasons to use Plex instead of Kodi and 5 reasons not to]

Because Plex balances its do-it-yourself Netflix style service with streaming media, and even live over-the-air television, it's a must-have for serious cord cutters. Since it runs on a variety of platforms from macOS and Windows to Linux, Plex is simple to get started with. Moreover, there are tons of Plex client devices available to meet your streaming needs. [Read: How to install Plex on Xbox One - Use your Xbox One as a Plex client]

This is a huge move for Plex. It was already one of my favorite pieces of software, and that feeling only intensifies with the Plex News roll out. As a cord cutter, Plex has made the decision to dump cable infinitely more feasible.

Your turn: What are your thoughts now that Plex News launches?