Plex vs Emby: A Comprehensive Comparison 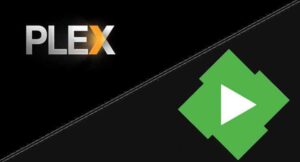 If you’re like me, you’ve spent a considerable amount time thinking about and weighing the different considerations of Plex vs Emby (formerly Media Browser) when deciding which to use for your HTPC experience. You may have asked yourself the question, is Emby better than Plex? There is so much information out there that the Emby vs Plex comparison quickly becomes a challenge to keep all of the different considerations in mind when making this decision! So, this post will attempt to summarize many of the key considerations you may have when thinking about Plex vs Emby. We’re even going to take a crack at rating them too!

We’ve put together a Plex vs Emby comparison chart which details the differences and similarities; pros and cons of Plex vs Emby. We’ve taken some of the most popular considerations and commented and rated each for the different media centres. This is building upon the Kodi vs Plex comparison we completed earlier and as a bonus, we’ve also compared Plex and Emby vs Kodi! There are couple of notes regarding this comparison table:

We would, however, love to hear your thoughts (or your own ratings) in the comments below – remember that these comments also help other users when they are considering which media centre software to use.

As you can see when comparing Plex vs Emby and Kodi all three applications, despite their differences all score pretty close! In many cases, one application’s strength is another application’s weakness. However while an overall score is a kind of fun to do, you really should consider your individual needs when evaluating which program to install and select a program which can most effectively meet them. If you want access to your library via your mobile device, for example, Plex or Emby might be the right application for you rather than stand alone Kodi setup.

So, lets delve a bit deeper into some of the comparisons of Plex vs Emby noted in the table above. Generally, most of the differences between Plex and Emby arise from either the open / closed source difference, or from the level of maturity of each program (i.e. the amount of time they've been in development and had to polish their product).

Both Plex and Emby offer centralized database management which can be accessed through a web based management tool. Both are pretty easy for most users to get the hang of, however I find that Plex seems to be oriented to the less tech savvy user and offers a way to make changes to your library which is a bit simpler and more straight forward. The Emby database manager offers a few more features than what you see in Plex. One of the best methods to manage your database in Emby is through the built in "Metadata Manager" which lets you see a list of all of your movies and shows graphical icons next to the list indicating what metadata (images, trailers, subtitles, etc) might be missing. The image below gives you a peek at what this looks like.

One of the biggest advantages Plex has over Emby is the fact that it has been maturing for longer than Emby has. This has allowed the the advantage of establishing themselves on a very wide selection devices including streaming devices (Roku, Amazon Fire TV, Chromecast, etc), gaming consoles (XBox, PlayStation), Mobile Devices (Android, iOS), Smart TVs (Samsung, Vizio, Opera TV) and more. It is also likely that the proprietary nature of Plex aligns well with the objectives of many of the client devices companies. [Read: How to install RasPlex on Raspberry Pi 1 and 2?]

Emby has been catching up, but just does not have the same level of client device availability. Additionally, I have personally experienced some client instability with Emby client devices, when compared to Plex client devices. There are also somethings which aren't as polished (e.g. iOS app is still called "MB Mobile" and has not been updated with the new branding). I suspect this is also a result of just not being quite at the same program maturity level as Plex. A full list of client availability can be obtained at the Plex and Emby websites. [Read: Speed up RasPlex on Raspberry Pi: 4 performance tweaks]

*Update*: Thanks to Tyler for the comment - Emby iOS App no longer appears to be available in the Apple Store, but it appears a new App is in the works.

Ease of Installation and Use vs Flexibility and Customization

While both Plex and Emby are relatively easy to install and use, Plex really is more geared towards a beginner level user and this is evident in the simplicity and ease of use. After installing Emby, you will notice that the interface looks quite a bit more complicated to a beginner user than Plex, and doesn't offer the step by step walk through. However more seasoned users should be able to find their way around Emby fairly easily. Emby is more feature rich and does allow more customization than Plex - more robust parental controls and the comprehensive metadata manager are two examples. As a result of Emby's open source model, I only see the customization options on the server increasing.

Well, quite frankly this is where Emby really outshines Plex in the Plex vs Emby comparison. The major advantage of using Emby vs Plex is that Emby, through the Emby for Kodi Add-on, fully integrates itself into the local Kodi media database. This means that Kodi and all of its add-ons acts just as if Kodi had scraped the metadata itself and placed it into the database.

The PleXMBC add-on (Plex for Kodi), on the other hand is a completely independent add-on which doesn't play well with other add-ons. It connects to and interacts with the Plex server independent of the local Kodi database, and any add-ons not designed for use specifically with Plex will not function correctly as they will be pointing to the local Kodi database rather than the Plex server. There are also only a few skins which are fully Plex integrated. [Read: 6 Best Kodi skins in 2015 to enhance your media center]

If you use Kodi and are interested in a simple solution to managing your media library in one location, then installing Emby and test driving the integrated Kodi database approach is at least worth a try. It works well for the most part, but there are still some pieces missing as, for example, the Emby for Kodi Add-on does not yet support music. [Read: Set Kodi Default View in Amber and Titan MediaBrowser Skins]

Both Plex and Emby support channels (as Plex calls them) or plugins (as Emby calls them). These are basically applications which can attach themselves to the Emby or Plex server and extend their function through the server to your client devices. They are great ways to get content to client devices which might not otherwise be able to get there. While there are a some Plex Channels which are very useful, the number of plugins for Emby seems to be a bit more limited. As Emby gains popularity, I expect more and more plugins will become available.

Where Emby is making some progress is with plugins which offer the ability to watch and PVR live TV directly. As far as I know, there has not been any similar progress on LiveTV or PVR services for Plex. [Read: All in one HTPC and Internet PVR How-To]

One of the criticisms that has been leveled against Emby is that it is not as accurate in identifying media and subsequently scraping the appropriate metadata. While I did experience some "mis-scrapes" with Emby Media Server they were a relatively low percentage (1%-2%). However this is higher than experienced with Plex and Kodi which are almost always bang on. The impact is it look me a few minutes to point Emby to the correct metadata (which is also pretty easy to identify and do through their metadata manager).

In general, you can use both Emby and Plex for a relatively low cost (or free depending on your setup). I certainly would encourage you to support your preferred (or both!) application in recognition of the good work being done. The costs of Emby and Plex are relatively comparable. Both offer their server software free of charge and then offer an optional subscription for more advanced features (Plex is currently $5 monthly, $40 annually or $150 lifetime and Emby is currently $5 monthly, $36 annually or $70 lifetime). If you choose not to go with a subscription, both platforms also require some form of payment for many of the client side apps. Plex consistently charges $5 for most of their platform (although some are available for free Plex Home Theatre, PleXMBC, etc), however Emby seems to be a little less consistent. You can use Android based apps with a subscription or with a $5 payment, but the iOS app is free to download and use - payment or subscription not required. The inconsistency in charges with Emby is a bit worrisome to me as there is some uncertainty as to whether subscription payment will always be enough or if other costs might be added as more features are added in the future especially when considering the less centralized models of open source programs. [Read: 5 Best Android media players in 2015 for less than $100]

Both Plex and Emby offer iOS and Android apps which can do a few cool things: 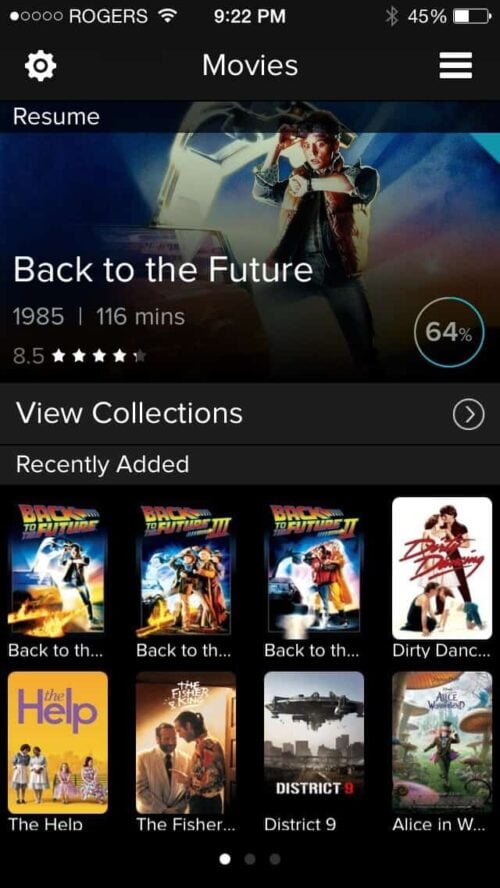 Conclusion: Is Emby Better than Plex?

Yes. And No. It really depends on your needs.

When comparing Plex vs Emby, they are more similar than they are different - both are low cost and offer a simple method to centralize your media database between multiple clients, including Kodi integration. However there are some major differences - Plex is generally more refined, stable and polished than Emby, but doesn't offer some of the more advanced features and Kodi integration isn't nearly as powerful.

If you haven't given Emby a spin, especially if you use Kodi, I recommend doing so. Emby is going places if the work keeps up, but they do have stiff competition in Plex.

Ultimately the decision on Plex vs Emby should come down to your personal needs and hopefully this article helps you decide which is best for you.