The right Raspberry Pi Kodi addons can enhance your Pi experience. The Raspberry Pi is great for a multitude of things, including Kodi. Currently, OSMC and OpenELEC are the preferred Kodi OS's for the Raspberry Pi. While certainly on the low end performance wise, for only $35, $5 if you can get the new Pi Zero, the Raspberry Pi works pretty well as a media center. With the right addons, the Pi will serve almost all your HTPC needs while also consuming very little power.

Due to the Raspberry Pi's limitations, it's best to have only a few addons installed. This might be a bit of an adjustment for those who are used to having 20 or more addons. For that reason, I have compiled a short, concise list of the best Kodi addons for Raspberry Pi. [Read: Best Kodi addons in 2015 to help you cut the cord] 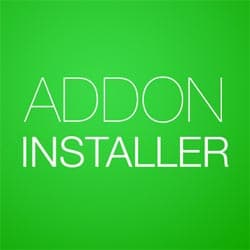 Addon Installer is first on the list for a very simple reason: you need an installer to easily get new addons for your Pi. Nobody wants to transfer files over to an SD card or flash drive for manual installation. Addon Installer acts an app store for Kodi, allowing users to browse and install other Raspberry Pi XBMC addons with the press of a button. Unfortunately, this addon has to be installed manually via SD card, so check out these detailed instructions to install Addon Installer. I probably don’t even need to explain why this on the list. Youtube is a must have for any media center. You can probably find all your entertainment desires in this one addon. All the features expected from the website or mobile app are also available in this addon for Raspberry Pi, including access to playlists, favorites, subscriptions, and even live streams. Since Youtube is an official Kodi addon, it shouldn't be installed with Addon Installer and you should instead follow these instructions to install Youtube on Kodi. 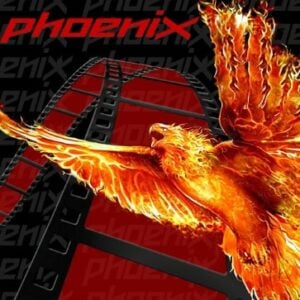 This addon for Raspberry Pi covers your on-demand movie and TV needs. Phoenix uses multiple sources to stream movies and TV shows free of charge. Phoenix has been around for a long time and its content is constantly being updated. Each person on this addon's dev team has their own section where they post content and their content is often centered around a common theme(ex: Her Place). There are also other useful features in Phoenix such as search history and show tracker. You can download Phoenix through Addon Installer or follow our instructions to install Phoenix. 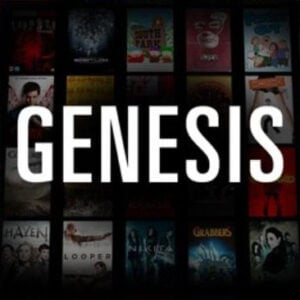 Originally, this addon for Raspberry Pi covered on-demand video, but, as htpcBeginner user Idokfire pointed out, Genesis is longer being supported. This means that issues such as broken sources or menu glitches will no longer be fixed. Even though Genesis is no longer being updated, I still think it's a great addon and so I have kept it on this list. Genesis runs really well on the Pi while still maintaining an aesthetic appeal. It also has a wide variety of TV shows and movies, most of which still have viable sources. You can read our guide to install Kodi Genesis addon if you want to get it on your Pi HTPC. cCloud TV is for people who still want the comfort of live tv without the cost of cable. This Raspberry Pi TV addon is cloud based, hence the name cCloud TV, so it gets its channels from community streams. The end result is access to hundreds of tv channels in many different categories such as sports, children, news, and even movie channels like HBO. Since cCloud's streams come from around the world, a few channels are also available in different languages. MP3 Streams completes your HTPC by bringing music streaming to your Pi. This addon lets you listen to your favorite songs and albums, allowing you to search by album, artist, or title. MP3 Streams has a very clear and concise menu that is easy to navigate. In addition to the search feature, this addon has a Billboard Charts section as well as new and top album categories. If you plan on listening to music through the headphone jack on the Pi instead of through HDMI, then you have to go into the audio ouput settings in Kodi, not MP3 Streams, and change it from HDMI to analog. [Read: Guide: Install Plex SoundCloud Channel on your Plex Server]

Are these the only Raspberry Pi Kodi addons available?

Since there are so many to choose from, its tough to pick the best Raspberry Pi Kodi plugins. Some honorable mentions are Soundcloud and 1Channel. I wanted this list to appeal to as many people as possible, that's why every addon for Raspberry Pi on this list is completely free to use, and no subscriptions or signups are required. With these Raspberry Pi Kodi addons installed, you'll have a powerful little HTPC in the palm of your hand. Now all you'll need is a good remote (or a smartphone with Kore or Yatse installed) and an efficient skin such as the ones in our 5 best skins for Raspberry Pi list, in order to maximize performance.