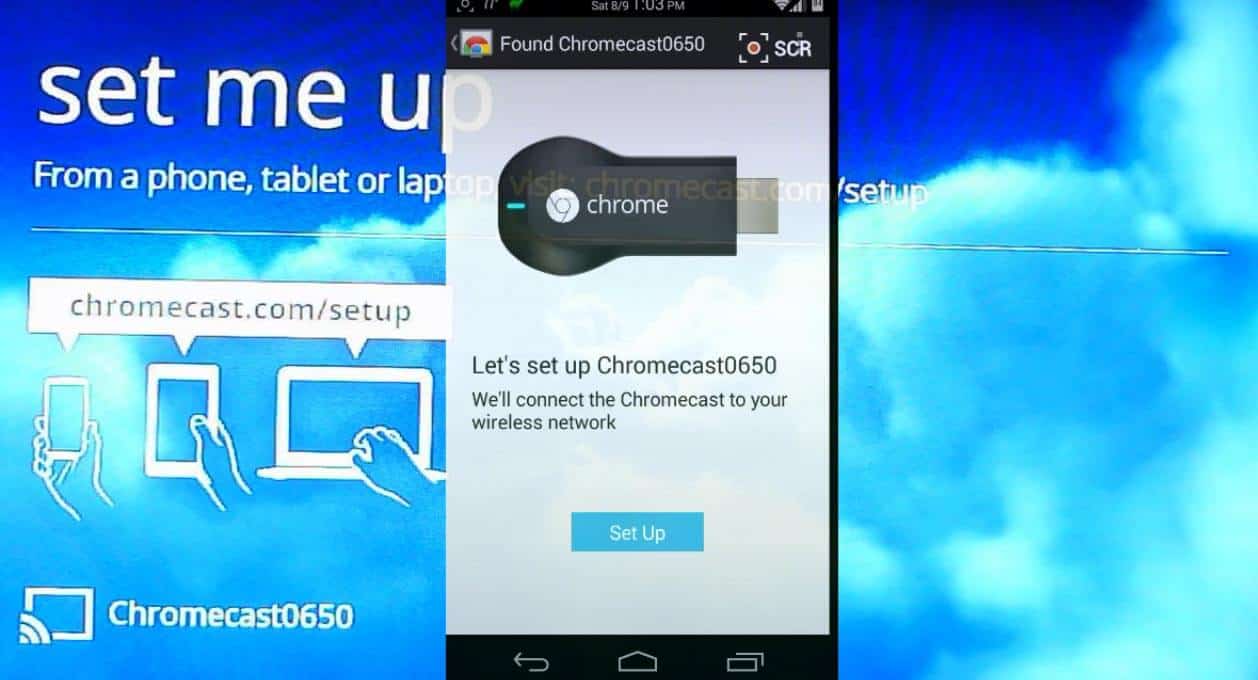 This guide shows you how to setup Chromecast from your Android phone or tablet. One year back, out of the blue, Google announced Chromecast, a HDMI digital media player that is less than 3 inches long. Content can be streamed from Chromecast-enabled mobile or web apps. Using Chromecast mirroring you can even send your Chrome web browser's screen on your PC or Android device to your TV. While it was originally released for $35, you can find it on several sites, including Amazon for $29.99. In a recent article, we described Chromecast as one of the best hardware clients for Plex. And with Google opening up the SDK this year more apps will be able to work with Chromecast in future. So let us see how to setup Chromecast using your phone or tablet.

To setup Chromecast first plug it into a HDMI port and switch on your TV. Then, switch the TV to the input on which Chromecast is connected. Chromecast should now power on boot up.

Next, head over to the Play store on your Android device and download Chromecast app on your phone or tablet. Upon opening the Chromecast app you should see the following screen:

Chromecast App should have automatically found your device. If not reboot your Chromecast (plug out and plug in again or power off and power on your TV). Continue to setup Chromecast and confirm the code displayed on the TV and your Android device.

Then finally, when asked for your Wireless SSID and password, enter them and let the Chromecast setup complete. After successful completion you should see a confirmation on your phone and your TV should say connected to your Wifi network. You may watch the video guide below to see the whole Chromecast installation and use in action.

For just $35 (or less) Chromecast brings a whole new set of features to your TV. With a Plex server running, you can even stream media saved on your server to your TV through the Plex app. If you liked this guide then make sure to follow as more Chromecast guides are on the way. Go head setup Chromecast and enjoy streaming video, music, and pictures from your phone, tablet, or PC to your TV.