Welcome to the SmartHomeBeginner smart home News Roundup 2017 Wk 40. This week saw Google Home gain the ability to be assigned to different rooms, Alexa get improved smart home and voice command integration, and more. Read on for the latest in smart home news and updates!

From tech giant Google, the Google Home becomes even better. That's because of its newfound ability to be assigned to specific rooms. Therefore, it's possible to designate Google Home units to, for instance, a bedroom or living area, for increasingly customized smart home control. That's a huge win for the Google Home, further settng it apart from the Amazon Alexa.

The Amazon Eho is one of the top smart home speakers available. While Google Home is a contender, the Echo is rapidly challenging the Home. Reprotedly, this growth for the Echo is slated to continue. As Amazon fleshes out its line of Echo devices, that's great news for the ecommerce and tech guru.

The smart home is getting cheaper

Smart home tech is increasingly popular. Moreover, it's getting less expensive. This comes as a benefit to consumers. It's a result of a few factors including growth in the sector, advancements in technology, and new products. As newer gadgets come out, older generations drop in price. Additionally, vendors debut inexpensive models of smart devices which target general users rather than power users. Partnerships also help make smart home technology more affordable.

Alexa's ‘Routines' will combine smart home control with other actions, like delivering your news and weather 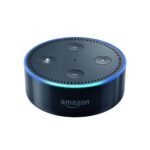 Amazon's Alexa is a really powerful and benefical smart assistant. While it's been useful, Alexa gets even better. That's with the abilty to combine smart home control with commands such as provding information on the weather and news. It's like stringing commands together, and makes Alexa even more robust. Again, the trend is to automate and make operation easier. Instead of requiring separate voice commands, now users may string together action commands with smart home control.