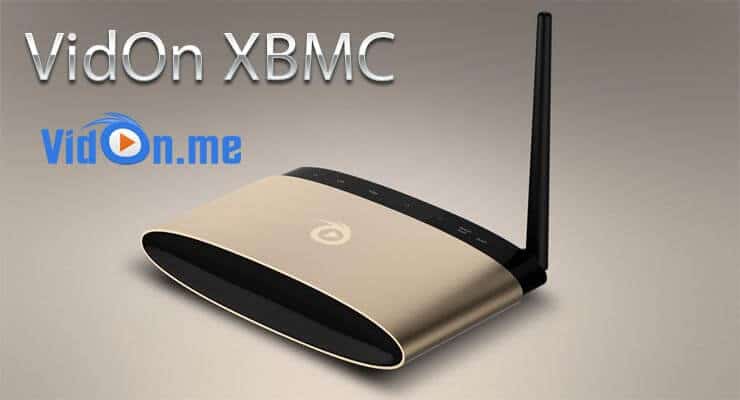 The popularity of XBMC / Kodi boxes are at a all time high and this VidOn Box review presents you with one more option to help you decide. While some may prefer to have a full powered HTPC NAS Combo, many may prefer standalone devices that can function as compact media center. Raspberry Pi and Amazon Fire TV are two devices that are capable of serving as Kodi media centers. But they are not designed specifically for running Kodi. There is definitely room for media centers that are specifically designed to run XBMC or Kodi and this is where the newly introduced VidOn Box fits. This VidOn Box review presents it capabilities and limitations as Kodi media center. [Read: What is HTPC, aka Home Theater PC, and what is it used for?]

VidOn, an official Kodi sponsor, released the VidOn Box late last year to specifically function as a media center. It retails for $69.99, which includes one year of VidOn premium membership (discussed later in this review). Being an Android based device, it also allows running Android apps and even comes preinstalled with Google Play store. [Read: 5 Must have Android apps for HTPC or Home Server control]

Now that you know what VidOn Box is, let us look at how it functions as a XBMC or Kodi media center. The hardware won't blow you out of your minds but make no mistake, the VidOn Box is capable of playing full HD content at 1080/24, 3D videos, DTS-HD/Dolby TrueHD HDMI passthrough. [Read: 20 Best Kodi addons in 2015 to help you cut the cord]

The first impression is the packaging box, which had a minimalistic design that makes you think the content may be of premium quality. And that impression holds true. The VidOn box felt sturdy, premium, and had a futuristic / stylish look. One difference compared to Amazon Fire TV or the Google Nexus Player is the presence of Antenna. Aesthetically this could be problem for some people. The VidOn Box remote control with its soft rubber coating felt good to hold and operate. 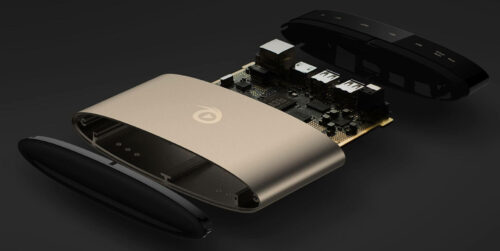 When you turn on the VidOn Box for the first time, you are presented with the setup wizard. You will have to use the included VidOn membership card to create an online account. Then, use the VidOn account credentials to complete the setup wizard. If you have setup an Android phone before, then this should be a smooth sailing for you. [Read: All in one HTPC and Internet PVR How-To]

VidOn media center, a customized launcher for the VidOn box, is clean and well thought out. All the important apps are easily available through the homescreen. You can even make it boot to XBMC automatically. VidOn also provides one-click installer shortcuts for commonly used media center apps such as Netflix and Hulu. There is also a file browser integrated into the launcher that allows browsing through attached USB drive or even network drives (NFS and SAMBA) and play media files on the VidOn XBMC. Also the VidOn interface is fixed at 720p (will be updated to 1080p in future or use can use install this update now) but videos are played at their original resolution.

I thought the naming was a bit confusing: VidOn Media Center and VidOn XBMC. VidOn clarified that VidOn media center is the launcher and VidOn XBMC is the customized version of XBMC. Another confusing thing is the presence of 2 XBMC I icons on the home screen. According to VidOn, the current default and stable VidOn Box XBMC version is 12.X Frodo. But they provide one-click XBMC installer for version 13, which is still in Beta. It will be installed as a separate app and so you will have 2 XBMC icons on the homescreen. Once you install the latest version of VidOn XBMC/Kodi, you will have to manually remove the previous version. [Read: 5 Best Kodi skins for media centers]

Considering that Kodi 14.0 has been out of nearly a month, VidOn box is slow in receiving updates. While you can download Kodi and manually install it or install SPMC from the play store, the VidOn customized version of XBMC (VidOn XBMC) does have certain unique features like Bluray menu navigation that most players in its class don't have.

The VidOn Box A31S comes with 802.11 b/g/n built-in Wifi and 10M/100M LAN port. Not bleeding edge by any means. Wireless AC or even 5 GHz band support and a Gigabit port may have made it more future-proof. Not only that, 5 GHz wifi could have made Wifi network streaming more robust. But let us realize that the VidOn Box costs only $69.99. And in my tests 2.4 GHz Wifi N performed flawlessly even when located one floor away from the router and near kitchen microwave. For comparison, Amazon Fire TV also has a 10M/100M port but supports 5 GHz Wifi. On the other hand, the Nexus Player supports Wifi AC but has no Ethernet.

One might feel like complaining about the lack of USB 3.0 ports. In my opinion, USB 3.0 is not need on the VidOn Box. The VidOn box is designed to be a media player and not a file server. As a media player USB 2.0 speeds are more than enough to play even UHD videos from attached USB drives. I am more impressed that it has 2 USB ports and how well the customized Android handles browsing and playing files from the USB. In addition, VidOn also confirmed that the VidOn Kodi Box can support up to 8 USB devices simultaneously connected through an externally powered USB hub and an external HDD up to 3 TB. Once again, for the cost, this is great value and satisfies most media playing needs. [Read: Install Kodi on Amazon Fire TV in a few simple steps]

One of the most touted features on the VidOn box is 3D/1080p playback. Normal videos, including HD, played without any hiccup over both Ethernet and Wifi and from Samba, NFS, and USB drives. For Bluray ISOs and 3D content however, the playback stuttered every now and then over the network. Another issue mentioned in some of the forums is the lack of ability to switch between left/right eye first 3D modes and problems with right eye first 3D videos. The two 3D movies I tested were left eye first and had no issues.

I installed some of the best Kodi addons and tested them. Streaming through Phoenix, Genesis, ESPN_3, YouTube, and USTVNOW, worked flawlessly. [Read: Strategies to fix XBMC buffering issues]

The $69.99 Vidon Box comes with one year membership included. Beyond that it will cost you $15 per year (optional). Now what does that get you? It ensures that you get all the updates or the updated versions or the customized Kodi. So if things like Bluray menu navigation and HD audio out are important to you then you may renew your membership. If not, you may continue to use the device and manually install Kodi updates (of course, you won't have VidOn's custom improvements). While VidOn promises updates, new feature, and services, the current software does not include the latest XBMC/Kodi and so it feels unfinished.

One suggestion is, if everything is working well on your VidOn box then check their forums or Kodi forums to ensure that the new update has no major issues before upgrading to the new release.

The remote looks similar to Fire TV remote but is IR based. I did find the remote to be a bit weak and fussy. For users like me, who use universal remotes, IR remote is a welcome feature. However, I still prefer to use my inexpensive but awesome receiver that I have configured perfectly to my liking for Kodi. VidOn also has remote control apps for Android and iOS. So you could choose to control your VidOn box using your mobile device as well. I did find the remote response to be a tad bit slow but not really bothersome (or it could be interface responsiveness). Navigation on apps such as WatchESPN and others was also not very intuitive.

And finally in this VidOn Box review, let us look at how soon the device boots up or how much power it consumes. Here are the numbers:

While 45 seconds may seem too long for booting up, the device is normally under suspended state. It only takes 4 seconds or less to wake up. This and even the power consumption numbers are very similar to that of Amazon Fire TV. Like the Raspberry Pi or Amazon Fire TV, it should cost just around $5 to keep it running for the whole year.

At $69.99, VidOn Box is very competitively priced compared to Fire TV or Nexus Player, which also offer similar features. The pros and cons I encountered during my testing are given below:

It is important to keep in mind that the VidOn Box only costs $69.99. It may not have everything but for a small price it brings all the bells and whistles needed for a decent low-energy media center.

VidOn Box is definitely (because of its XBMC / Kodi use) a better option compared to Apple TV but it cannot replace a full HTPC. In a nutshell, if you are primarily a XBMC/Kodi with a little bit of other things (Netflix, Hulu, YouTube, Casting, etc.) here and there, then the VidOn Box is good value for the money. Future software updates and improvements may add more value to it. Share your thoughts and experiences with others in the comments section. Hopefully, this VidOn Box review gave you enough information to make an informed decision.