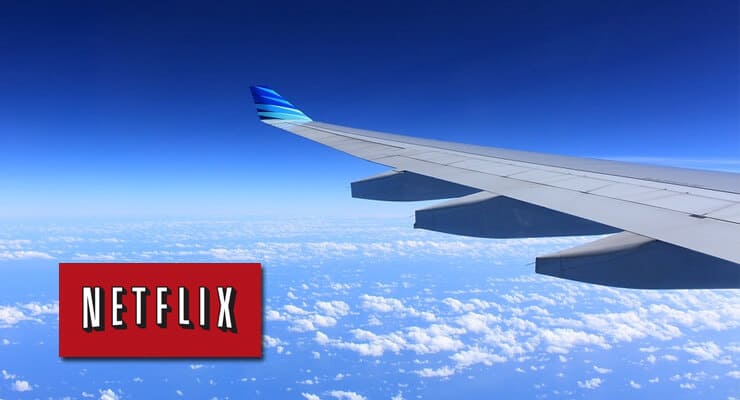 Long gone are the days when you would have to download movies to your tablet in order to take them in-flight. At least that's what the companies Gogo and Netflix plan to accomplish with a project that will bring Wi-Fi connectivity and Netflix access to some airplanes in the Aeromexico fleet, until october 2016. This is a new way to use Netflix in-flight, and a very welcome addition to long-haul trips. Netflix has also performed other upgrades on their home applications, such as enabling Netflix HDR content, for example. Of course, you will need to have active Netflix and Gogo subscriptions to enjoy the in-flight streaming feature. Perhaps it's still advisable to get Kodi for Android on your tablet before taking off. [Read: 10 Top Kodi skins for tablets and smartphones]

How can you watch Netflix in-flight?

The way this would work would be enabling you to connect any Wi-Fi enabled device to the network within the airplane, in order to enjoy Netflix in-flight streaming. This would save costs for airlines, though some with a subscription service, such as Delta, might not be too thrilled by the new business model. Still, as Wi-Fi presence on airplanes grows, so do our entertainment options while flying. If you are preparing for a flight, or just want to download movies to your devices, maybe you could take a look at downloaders such as CouchPotato, SickBeard, sickRage or Sonarr.

Other services that have been blocked from in-flight Wi-Fi such as Pandora, Sling TV or Hulu might become accessible in the future as the bandwidth capabilities of in-flight Wi-Fi increase, though you can always make them available on blocked connections if you use a VPN with Kodi, such as IPVanish on Android, or any similar one (do not use them on the plane, though. The bandwidth on those services is still limited, and you would mess up the experience for everyone else). If you're lucky enough to take one of these flights and test Netflix in-flight performance don't forget to share the experience with us!