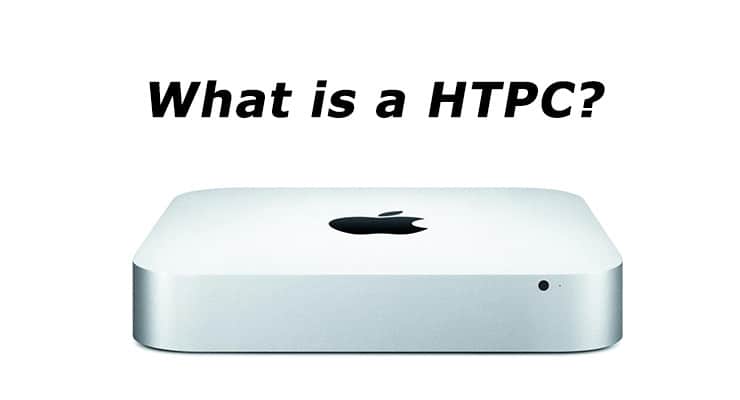 This article will be a general introduction to Home Theater PC's. The amount of specialized knowledge about a HTPC can be overwhelming for someone who simply wants to know what is HTPC. What you're reading will be a quick overview and guide to what a home theater pc is and what they're generally used for. [Read: 5 Must have Android apps for HTPC or Home Server control]

What is HTPC and why should I want one?

A HTPC is a Home Theater Personal Computer. These are computers which you would normally buy or build yourself which is solely designed to connect to your television. A HTPC is basically an all-in-one entertainment system. A basic home theater media pc should allow you to: watch live HD television, watch movies (all formats), record television, play games, view videos/photos, and listen to music. Even a cheap home theater pc will have all of these features. [Read: All in one HTPC and Internet PVR How-To]

Connecting your HTPC to a television used to be quite difficult, but the standardization of HDMI - which can carry both video and audio - has simplified the process greatly. Older televisions may require more connections such as composite, VGA, coaxial, etc. If you're building an HTPC currently, you will most likely want to make sure to stick to HDMI - or possibly DVI if your setup allows for it.

Media players are the more common alternative to home theatre PCs. These vary from small streaming devices such as Chromecast or Amazon Fire TV to larger entertainment devices such as gaming consoles, AppleTV, etc. While media players are a simple option compared to an HTPC, they don't have quite the capabilities - and especially openness of available options.

While a media player will tend to rely on the applications and services designed for it, a home theatre pc will allow you to access any streaming website, video rental service, etc. For more about media players you should check out our review of Raspberry Pi vs Amazon Fire vs Kodi Media Center or the review for Chromecast vs AppleTV.

One advantage to media players is that they consume less power than an HTPC. This may or may not be a deciding factor for you, but the difference is substantial. The opposite end of this is that some people build a NAS (network attached storage) + HTPC combination machine that is always on and acts as a home server for automated backups, downloading, and file serving. These NAS + HTPC machines tend to be low power and energy efficient due to them being "always on". [Read: Low-power budget HTPC build 2014 for a HTPC NAS Combo]

Is it possible to watch normal TV (Cable, Satellite, etc.) with a HTPC?

Yes! If you're using cable television you'll have a few more options available than satellite users, but both can be routed through your home theater pc with the use of TV tuner cards. These tuner cards are more recent when it comes to satellite television, but cards for cable have been available for a while. There have been some troubles receiving HD channels via satellite tuner cards, but the same issue isn't as prevalent for cable users.

Another very famous TV Tuner is HDHomeRun Prime from SiliconDust. This can replace your Set Top Box from your cable provide and present a nice interface to view and record TV content. It can also stream channels to other devices, including Kodi devices, on your local network.

Local channels are also available for use on your HTPC. These over-the-air (OTA) broadcasts are 100% free and are normally in high-definition. You will need some sort of antenna to get these channels... Lifehacker has a short tutorial on selecting the best OTA antenna for building an HTPC.

A home theatre personal computer is a great solution for anyone that is looking for an all-in-one video solution. They're reasonably affordable and extremely powerful and versatile. Hopefully this short write-up explain what is a HTPC and helps you decide whether or not you need one.