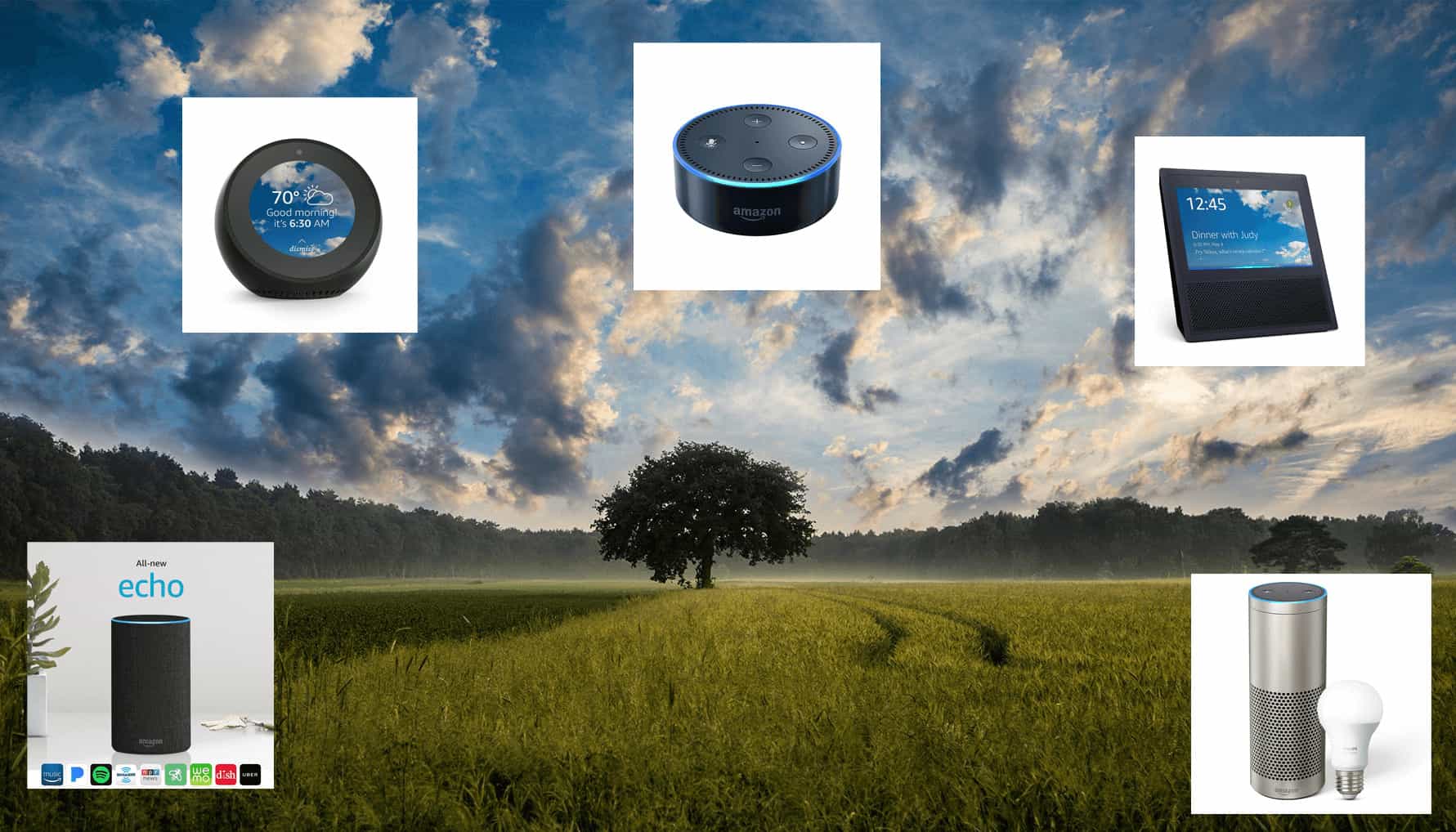 Tech giant Amazon revolutionized the smart home space with its Amazon Echo line of smart speakers. But since its inception, the Echo array grew rapidly. Confused about which device to get, the Amazon Echo vs Dot vs Plus vs Spot vs Show? Stop asking yourself "Which Amazon Echo should I buy?" and find out what Echo device is best! [Read: Google Home vs Amazon Echo: Which is better for smart home control]

Why buy an Amazon Echo?

The Amazon Echo is a smart speaker at its core. The obvious function is music streaming. However, there's also smart home integration. For music buffs, an Echo satisfies basic music streaming. Sound quality depends on the specific model, but generally, it's solid. Don's expect anything Sonos or Bose quality. However, for the average Spotify or Amazon Music user, an Echo should be sufficient. [Read: What is a smart home and what can smart home automation do for you?]

Additionally, using an Echo lends smart home functionality to the household. Because of its Alexa onboard, Echo gadgets are unobtrusive ways to add voice commands and interact with Alexa-enabled gadgets.

Which Amazon Echo should I buy?

Now comes the big question: Which device to pick from between the Amazon Echo vs Dot vs Tap vs Show.

The Echo Dot is the smallest Amazon and clocks in under $100. You'll find a single 0.6" speaker. With its small size, the Dot is the best way to add Alexa to a room. Audio quality isn't amazing, and there's no video. But with Amazon's free calling to the US, Canada, and Mexico as well as basic smart home device control, the Echo Dot is a worthwhile, inexpensive addition to the household.

Best for: Adding Alexa to any room on a budget.

Amazon's second-gen Echo differs from its predecessor. On the surface, it's short and wider. But inside, the all-new Echo features a 7-microphone array, as well as a bass speaker for improved sound quality. Plus, it's available in 6 different options including cloth-covered Echo units.

The Echo Plus appears almost exactly like the original Echo. Where it differs is its onus on smart home control. Unlike other models, the Plus sports a smart home hub that's compatible with over 100 protocols including Zigbee. Moreover, the Plus comes with a smart light bulb. Overall, it's an excellent value for the gadget.

Want a something like the Echo Dot but with a screen? Enter the Echo Spot. This device is a small Amazon Echo and includes a built-in screen. It's both functional and stylish. Yet its sold 1.4" speaker is lacking in comparison to the Echo and Echo Plus. Where it excels is its ability to play video from sources like the Amazon Video store.

Best for: Basic video and music.

Finally, there's the Echo Show. It's the only Amazon Echo entry which clocks in over $200. The Show, as the name suggests, is suited to both music and video, as well as smart home use. At the front, there's a 7" screen, and dual 2" stereo speakers provide crisp audio. The video experience isn't worthy of watching Netflix or Amazon Video as a daily driver. But the screen is adequate for occasional clips. Plus, the likes of "Mr. Robot" are debuting Alexa skills which offer inventive ways to utilize Amazon Echo hardware. For instance, a "Mr. Robot" Alexa skill offers a choose your own adventure style game replete with video.

Amazon Echo vs Dot vs Plus vs Spot vs Show: Final thoughts

What Amazon Echo device you pick depends on your needs. For most users, the Echo is a solid choice as a basic smart speaker. Smart home gurus will prefer the Echo Plus with its smart home hub. The Echo Show is unique with its 7-inch screen. While it's not an Echo, the Amazon Tap is a solid portable Alexa-enabled speaker.

Your turn: What Amazon devices do you recommend?