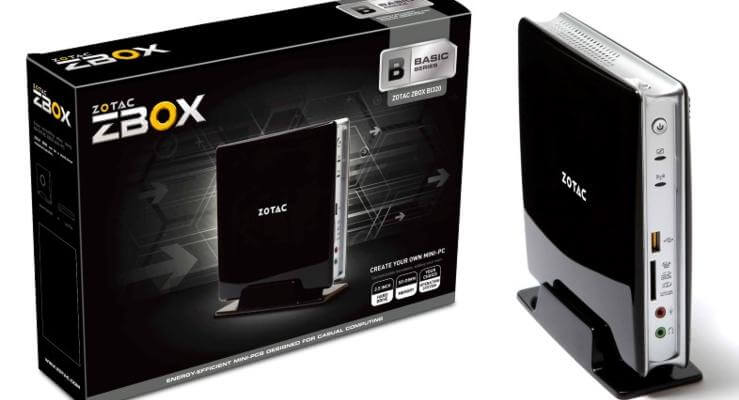 Few days back, I presented my choice for the low-power budget HTPC NAS Combo for the total cost of $380. The other system I strongly considered was the Zotac ZBOX-BI320-U. While it does not have the same level of flexibility as as full-blown HTPC / NAS combo, it may be sufficient for most home users. With low energy consumption (<25 Watts) and processor powerful enough for home server, Plex server, or Kodi, it could be a nice candidate to build a HTPC NAS Combo on.

It comes in comes pre-built with Windows 8.1 or as barebones. If you are building a NAS HTPC Combo, I suggest getting the barebones systems Zotac ZBOX-BI320-U and customizing it to your liking.

The specs are a little bit better than the Raw Mini PC that I reviewed recently. However, the this box is bigger than the Mini. [Read: 5 Must have Android apps for HTPC or Home Server control]

Pros and Cons for a HTPC NAS Combo

Definitely not mind blowing specifications but with a 2 TB 2.5" inch SSH, it could be a great starter HTPC NAS combo. The only reason I did not go for it was the limited number of SATA ports (only 1) which limits the number of components and future expandability. If you already have a central server then this could be a standalone HTPC with SSD that streams videos from your server. In this case, the limited number of SATA ports is not a problem. Otherwise, Zotac ZBOX-BI320-U is a great mini HTPC for the price. Hope this short Zotac ZBOX-BI320-U review helps people who may be looking into this great little box.