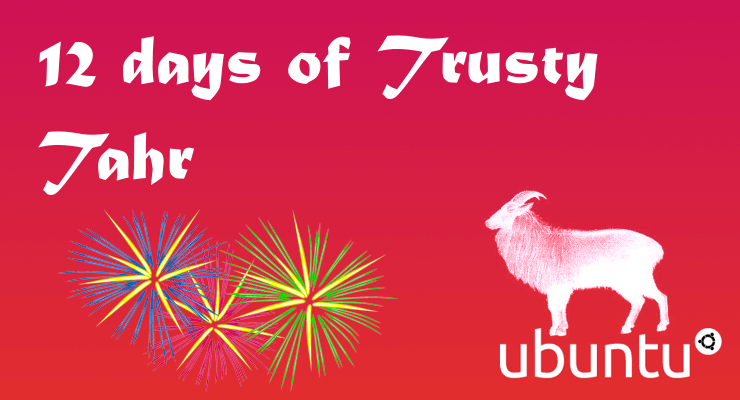 Ubuntu Server 14.04 Trusty Tahr was announced in October 2011 and believe it or not April 17th, 2014 is almost here. The focus for this 20th release of Ubuntu has been on developing an operating system that works on devices of almost all sizes: smartphones, tablets, TVs, and smart screens. Mark Shuttleworth indicated that Ubuntu 14.04 Trusty Tahr Long Term Support (LTS) will be characterized by "performance, refinement, maintainability, and technical debt.

LTS releases are best suited for home servers as they are typically more stable (but less bleeding edge) and require less maintenance. For that angle, we are going to celebrate the upcoming release of Ubuntu Server 14.04 Trusty Tahr. Therefore we announcing "12 Days of Trusty Tahr" celebration. Starting tomorrow (April 6th, 2014) and everyday leading up to the release date (April 17th, 2014) we will publish a post on how to install and configure a perfect home server with Ubuntu Server 14.04 Trusty Tahr. 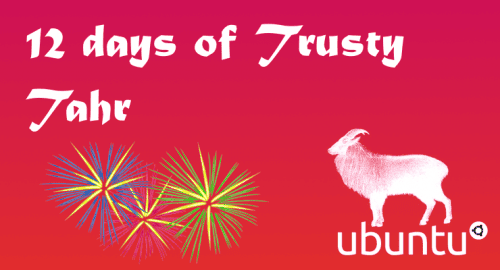 Why celebrate only the Server Edition?

Well, almost all guides and tutorials we have can be applied to any of the Ubuntu flavors, but we are biased towards the server edition as out of the box it is a great operating system for setting up a home server or a HTPC. It is the heart and soul of htpcBeginner. It's where everything began for us. So go Ubuntu Server 14.04.

What to look forward to?

We are going to try to give you everything you need to know to setup Trust Tahr as a perfect home server, including Ubuntu Server 14.04 installation, GUI installation, filer server setup, SSH server setup, CouchPotato, Sick Beard, SABnzbd, Bittorrent, and more. Watch out for both great guides and video tutorials.

If you do not have a Ubuntu home server yet, it is time dust your old computer that is lying in the basement. If you already have a home server running, then it is time to upgrade. So let's get the Ubuntu Server 14.04 party started.