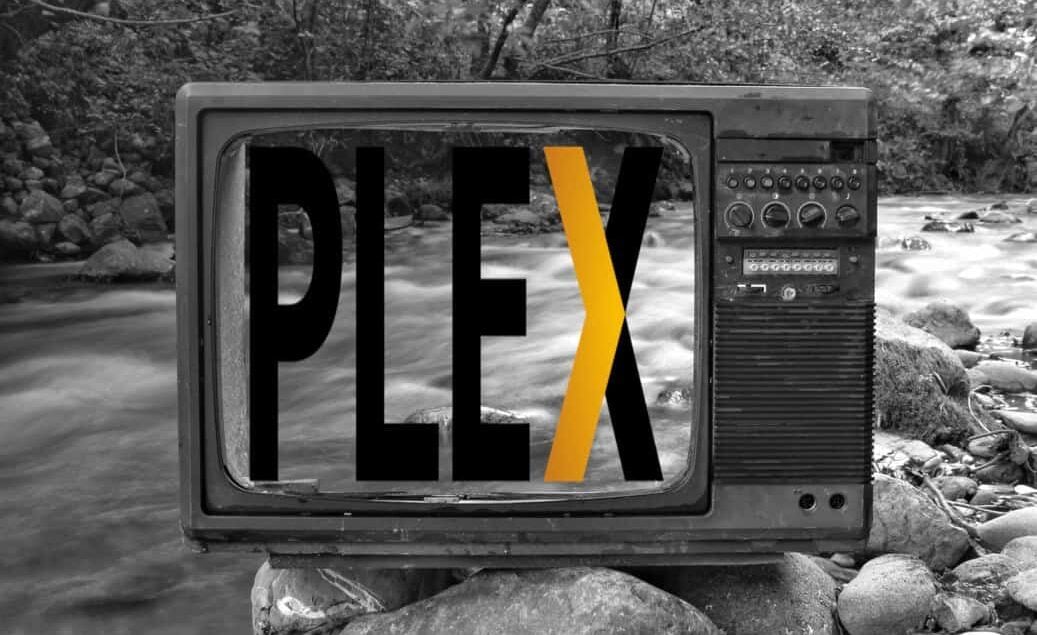 There are several media server software options. From Madsonic and Subsonic to Plex and Emby, it's easy to cobble together a do-it-yourself Netflix and even Spotify experience. There are many worthwhile competitors to Plex, but Plex still remains the most popular. [Read: Plex vs Emby vs Jellyfin vs Kodi: In-depth Comparison [2020]]

Plex organizes your media libraries inside a GUI in a fashion that is easy to navigate. Plex also provides movie and TV show metadata for media files and TV EPG. In addition, Plex also allows you to watch and record shows from a TV tuner.

Please has also been expanding its free streaming portfolio, including Live TV and premium streaming services.

There is literally no other media server out there that offers access to so much media from one interface. However, this requires a very good Plex client device for stutter-free and high quality (HD and UHD) experience.

So, without further ado, here are some of the best Plex client devices to consider for a pleasant streaming experience.

While most streaming devices are fairly competent for basic tasks such as watching content from Netflix or Amazon Prime, Plex streaming is different. Because Plex streaming puts on onus not on the server but the client, it's best to select a Plex client device that's capable of your needs.

Having said that, if you go for a low-power client for Plex, then having a server powerful enough to transcode is absolutely important:

Some Plex clients are not capable of handling specific audio streams or a certain video codecs. Plus, you'll want to look for direct play functionality.

What is a Plex server?

What is a Plex Client Device?

What to Look for in Plex Client?

The best Plex clients support hardware transcoding and 4K playback. Features like Direct Play and Direct Stream are important for playback of all media formats. Plex can even play files stored on your client device that your client device itself cannot play.

In short, Direct Play occurs when the Client supports the video, audio, and their containers (e.g. mkv, mp4) natively. Plex Server just serves the file and lets the client handle it.

In Direct Stream, Plex client supports the video and audio but not the container. This forces the Plex server to remux (changing the container - not to be confused with transcoding) the media before sending it to the plex client.

With all the basics out of the way. Let us look at some of the best Plex streaming devices available in 2022.

Apple TV is the best in terms of hardware. Newer Apple devices all use the same Apple "M" Series processor chips for cross-compatibility of apps between Apple devices. The Apple TV 4K is the best hardware option for Plex client devices.

With the introduction of one processor chip for all Apple devices, apps will work much better across Apple devices of varying types. Plex features and content on your iPhone will sync perfectly to Plex on your Apple TV, iPad, and even when you log in through macOS. Only a few other options on this list rival the Apple TV.

The Amazon Fire TV Cube is a great device to act as a Plex client, but even better when you add Fire TV Recast.

Historically, Amazon Fire TV devices have offered the best bang for the buck when it comes to hardware. They perform well as client devices for Plex and is the best budget choice.

Plus, if Alexa understands you, you have the added ability to be able to use all Alexa features, as well as, voice control Plex.

Shield TV and Shield TV Pro are two of the best Plex client devices for gamers. The Pro version can run Plex Media Server as well as act as a Plex client. What you get with Shield TV…

The power and portability of the Shield TV and Pro version make it a great addition to any network as a client device. For Plex media, all you need is the Shield TV. For upgraded gaming and Plex Media Server, you need Shield TV Pro.

PlayStation is a great game console and an equally awesome Plex client device. While Emby and Jellyfin only have apps for PS3 and PS4 (at the time of this writing), Plex was quicker to develop an app for PS5. You can also install Plex on PS4 and PS3 from the PlayStation App Store.

What makes the PS5 better than PlayStations before?

Ever wonder how many people buy something new just because it has a new version number, but never know why? It is not economical to be like them. I think everyone has behaved that way with their money, but the PS5 is a serious upgrade from past PlayStation models.

The PS5 comes in two flavors: Disk Free and with Disk

The PS5 definitely rivals Nvidia Shield TV, if gaming is important to you

Xbox is more than just for games. You can watch your media files on Xbox as well by installing Plex. Xbox is available in two formats: Xbox X or the slim, compact game console—Xbox S.

Another oldie but goody is Microsoft Xbox One, which also supports 4K gaming and TV.

If you are a Kodi Media Center user, it may be interesting to know Kodi began as XBMC. XBMC stood for Xbox Media Center and allowed Linux users to access their Linux PC's media files on Xbox. Not only are you now using Plex (a fork of XBMC) but also Xbox, which XBMC was initially designed for.

It is hard to find an awesome Android TV box (other than Nvidia Shield TV and Amazon Fire TV). Too many times it is only a device that may have the right hardware but just doesn't seem to run the way it should when Android boots. There are many Android boxes like this and many that use poor hardware anyway.

VBox TV Gateway for Terrestrial — DVB-T/T2 is an ideal Plex client device simply because it is running Android and it has built-in TV-tuners. VBox models are the best Plex client hardware for OTA TV with devices that support every major standard for TV-tuners globally with global shipping available in almost all countries.

VBox Android TV Gateways are another supported brand. VBox Android TV set-top boxes are a complete collection including every major TV-tuner type in wide use today. You can find a wide array of VBox TV Gateway Live TV & DVR tuners to provide TV channels to a media server with Plex.

For tinkerers, it is possible to configure a TV-tuner already installed and working with TVHeadend with TVHproxy.

VBox is one of those Android TV boxes that does everything it advertises and smoothly runs Android. Better yet, it comes with 2 or 4 TV tuners to ensure you can record and play more than one OTA or IPTV stream at a time. While this usually comes at a higher price, VBox is reasonably priced.

If music is something you listen to a lot, a better-suited client device could be a smart soundbar. Sonos is a brand compatible with Plex, offering many models of soundbars such as the Sonos Beam product line.

There are several models of Sonos available that are compatible with Plex. The Sonos Beam 2nd Gen compact smart soundbar for TV is the latest, greatest model of Sonos Beam available and you cannot go wrong with that.

Roku makes a soundbar as well. While it is not quite as high-quality audio as most Sonos sound devices, the Roku Streambar is capable of streaming both video and audio. The Roku Streambar comes in two varieties, compact and wide.

Roku soundbar is nice, but my preferred Roku device is either Roku 4K TV or a Roku Ultra.

The Raspberry Pi is a dev board and has been around for some time. The newest model of Raspberry Pi 4B boards come with up to 8GB RAM with 4G and 2G versions. If you like FOSS and DIY builds, undoubtedly the Pi boards make the best Plex clients.

Various other models of Raspberry Pi exist, and you could even experiment with running Plex on a great variety of Linux distros. [Read: Raspberry Pi Models and Cool Projects for Each in 2022]

Quality Ultra HD comes from H.265 (HEVC) and VP9 video decoding, making the scenes come to new life in vivid contrast, color and clarity. This is the most powerful 4K Android Media Box available for under $100. It comes with a remote and Voice Control Function using Bluetooth.

Is Emby better than Plex?

This is subjective. But today, for the money you pay, Plex Pass offer much more than Emby Premium. Check out our Plex vs Emby comparison for more details and as well as other options (e.g. Jellyfin).

Is there is anything better than Plex?

Plex is very popular today and has risen above apps like VLC and Kodi in many ways. Emby and Jellyfin are commonly compared to Plex, but none offer free and paid streaming content in addition to your personal content. [Read: Plex vs Emby vs Jellyfin vs Kodi: In-depth Comparison [2020]]

How to reduce Plex buffering?

Buffering during playback can be reduced by making sure your devices can play the streams you are attempting to play. Make sure Plex and all your supporting software are up-to-date. Checking logs for software changes that may have occurred, such as conflicts in codecs or other PLex software dependencies. Most of all, ensure hardware transcoding is enabled, if available. Read: Troubleshooting Plex buffering – Solutions for when Plex keeps pausing]

Conclusions: Which Plex client is the best?

Ultimately, there are tons of choices for Plex client devices. The Apple TV is a widely praised Plex TV box, and though it's not as powerful as the Fire TV or Nvidia Shield TV.

Apple devices are also known for their user-friendliness and sustained long-term performance.

While other devices may have more powerful processors, they do not all come installed on a variety of devices made for the same platform.

You can get a faster client device, but Apple will provide every type of client device from TV box, smartwatch, phone, tablet, laptop, mini-PC to a standard desktop computer. Other brands may beat the processor speed, but they must compete to parallel cross-compatibility for devices of different types.

My preference is never one platform, but Apple is making advances to change that preference and why I rate Apple TVs as the best Plex client devices for 2022. Because of the new M1 chip, Spectrum TV replaced their in-home DVRs with Apple TVs.