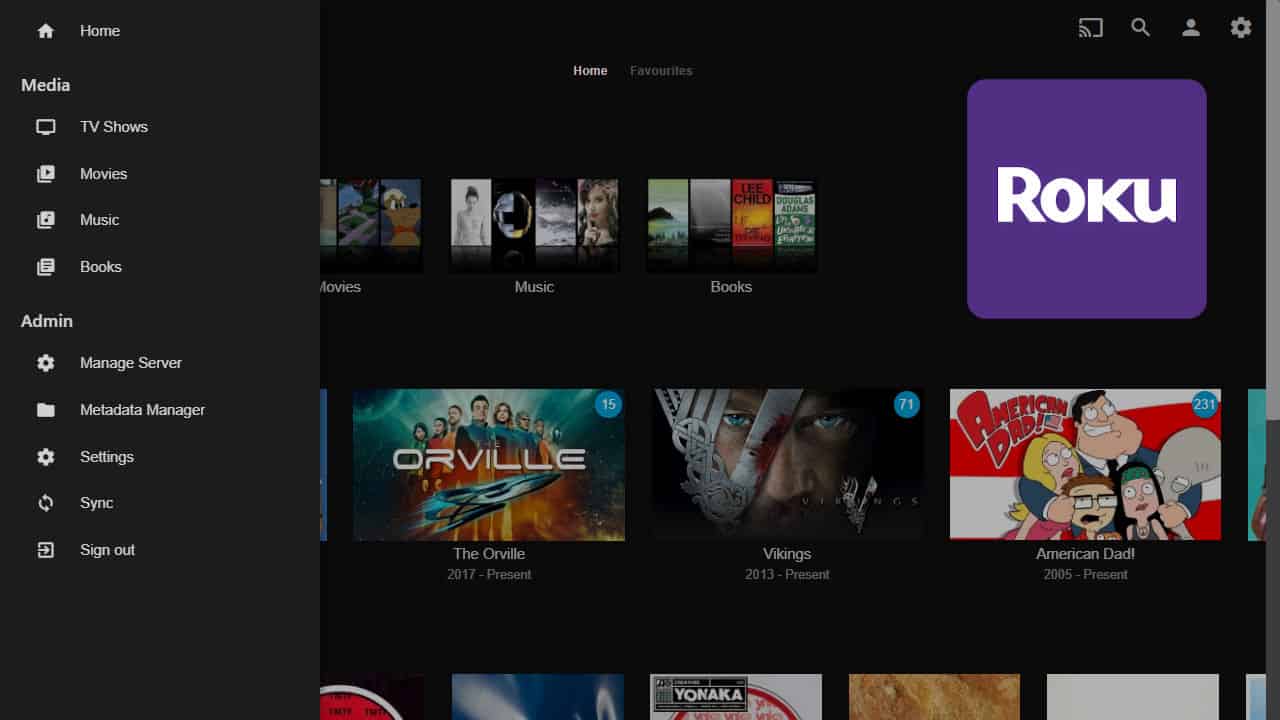 Jellyfin is a free open-source media server. It is an actively developed project with several wonderful developers contributing their time to make it better every day. [Read: Jellyfin vs Plex vs Emby vs Kodi: In-depth Comparison]

Plex has been my main media server for years the last few years. I have a lifetime Plex Pass. But, I have also tried and used several types of hardware for Plex media server.

On these media server platforms, I have also been trying out various other media server apps. [Read: 10 Media Server Software Options for Multi-device Streaming Needs]

One of the new media server that I have become fascinated about is Jellyfin. The most awesome thing about Jellyfin is that it is free. So I am able to share my content with with my friends and family, who do not have Plex Pass.

Since moving from Kodi to Plex, I have been using Roku devices for their simplicity and responsiveness.

Jellyfin app for Android has been available for a while now. In contrast, Jellyfin's Roku app was not available until mid 2020 in the channel store. The lack of Jellyfin client app for Roku kept me from using Jellyfin.

Part of the reason for slow development on Jellyfin app for Roku is that Roku apps require developers to use BrightScript, which is specific to Roku and/or not commonly used.

How to Setup Jellyfin on Roku

As soon as Jellyfin app became available for Roku, I started using Jellyfin as an alternative to to Plex. Installing the Jellyfin app on Roku is as straightforward as installing any other Roku app from the channel store.

Search for the Jellyfin app, as shown below.

Once you find it, install Jellyfin on Roku and wait for the channel to be installed.

Upon opening the Jellyfin channel on Roku for the first time, you will have to do some basic configuration. First, provide the server details as shown below.

In my case, Jellyfin is running on Docker behind Traefik reverse proxy on a dedicated server in a datacenter. And for security reasons, I do not expose Jellyfin's port (8096) out to the internet. Therefore, I used https://jellyfin.example.com:443 for server address.

Next, provide the username and password and you should be taken to Jellyfin homescreen.

If you are coming from the Emby world, the interface may look quite familiar to you. Jellyfin is a fork of Emby media server.

I already have a detailed comparison of Jellyfin as a media server. So I won't go into the media server part so much and focus on the client.

But there is one thing that that I liked about Emby and Jellyfin, compared to Plex. It is the ease with which I could mark a movie as favorite.

This has been very helpful. As soon as I finish watching a movie, I have the option to mark it as favorite in case I wanted to re-watch it later.

The TV Show interface appears a bit cluttered. But I still liked it over Plex because I felt that the navigation was a bit quicker.

The same goes for episodes list too. I like Jellfin Roku app's episodes list view more than Plex's. It gives me more details and a summary that is well contrasted and easy to read. But this is a matter of personal preference.

And in case you did not already know, Jellyfin's Roku app also supports Live TV.

As hinted at the beginning of this article, Jellyfin client for Roku is functional but lags its Android counterpart significantly.

For example, there are really no settings to configure except the ability to change server or user, as shown below.

In comparison, Jellyfin Android has pretty much all the features you find in Jellyfin's web client, including Dashboard and all Jellyfin settings.

I cannot think of any other bugs or issues that I encountered in the 6 months that I have been using it.

As mentioned before, development of Jellyfin client for Roku has been slower than other clients, especially Android. For example, I submitted a feature request on GitHub for both Android and Roku apps to add the ability completely disable display clock and time on the play clock.

Android app was updated fairly quickly (~3 months). Whereas, the issue is still open for Roku client (4 months at the time of writing this post).

But, I am just grateful that there is a functional app for Jellyfin, which allows me, my friends, and my family to share and enjoy content for free.

In fact, I give a lot of praise for Jellyfin Roku app developers. To invest the time and effort to learn a new language, BrightScript, just to be able to create channels for Roku is commendable.

Does Roku have Jellyfin?

Absolutely. However, but the Jellyfin Roku app is quite raw and preliminary in terms of available features. It is still very usable. But is absolutely FREE to use.

How do I use Jellyfin on Roku?

Instally the Roku Jellyfin app. Open it and enter the server address and the port number (eg. XXX.XXX.XXX.XXX:8096 or https://myjellyfin.example.com:443) and login with your Jellyfin username and password.

One of the main features delaying my adoption of Jellyfin was the availability of Roku app. Since the appearance of the Jellyfin Roku app in the channels store in 2020, I have been using it actively.

In summary, the release of Roku Jellyfin app is a step in the right direction. It definitely pushed me to make the jump to Jellyfin. However, the appearance and features of the Jellyfin app do not compare well to Plex or Emby at this point.

In addition, it appears that Jellyfin app for Android sees more active development (bug fixes, feature requests, etc.) than for Roku. At least this was the case for a feature request I submitted.

But hey, beggars can't be picky. If you like the project and believe in it, get involved with Jellyfin Roku app development on GitHub.