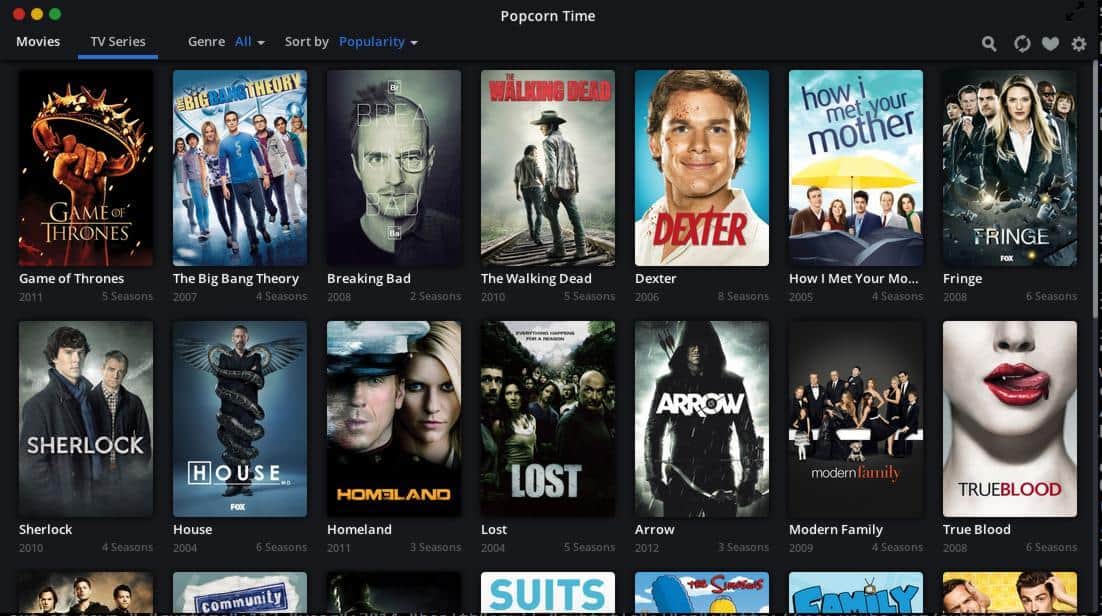 Bittorrent Streaming is an area that received very little attention...that is until Popcorn Time came to life. Popcorn Time is a Torrent stream player that allows playing Movies and TV Shows for free over bittorrent P2P protocol. The tremendous growth and attention it saw in few months became it own enemy, resulting in anti-piracy groups going after Popcorn Time and it's users. Consequently Popcorn Time shut its doors in March 2014. But couple of other developers forked Popcorn Time's open-source code and the new PopcornTime and Time4Popcorn were born. Both of them are multi-platform and open-source and allow streaming movies and TV shows for free. Though both have the same genes, they have sort of become competing projects. But hey competition is better for the consumers. [Read: What is Usenet and why is it better than Torrents?] 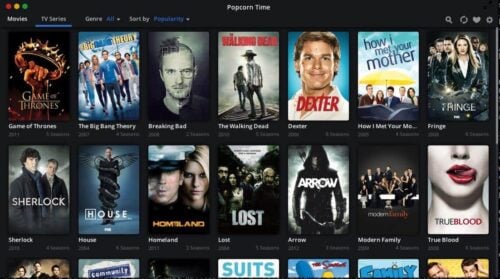 Popcorn Time, allows you to stream torrent movies and TV shows. This fork, the official fork of the original Popcorn Time, has been in development for the last 3-4 months. Based on your knowledge of other P2P video streaming softwares you may be inclined to think that using Popcorn Time can be cumbersome. But it is as easy as opening Popcorn Time, selecting a video, choosing HD and subtitles, and playing. Here is more from the developers:

Great Movies and TV Shows - We're constantly searching all over the web for the best torrents from the most important sites.
No restrictions - Watch any movie or TV show as many times as you want. All you need to get started is a proper internet connection.
Awesome catalogue - If the movie or TV show is out there, Popcorn Time will find the best version possible and start streaming it right away.
The best quality - Watch your movie or episode instantly in HD and with subtitles. And then keep watching.
Save time for making popcorn - No wait or download time. Instant playback of your favorite movies and TV shows.

While still in Beta at this time, you can download Popcorn Time for Windows, Mac, and Linux from here. Follow Popcorn Time blog for update.

Did I mention that the VPN service built-in and free!!! Time4Popcorn is also in Beta stages but is available for Android (and soon iOS) in addition to Windows, Mac, and Linux. You can download Time4Popocorn here and follow their blog for the latest updates.

Things you should know about Popcorn Time Bittorrent Streaming

Now the million dollar question, is bittorrent streaming of movies and videos through Popcorn Time illegal? Well here is Popcorn Time's answer to it:

Apart from acknowledging that downloading copyrighted material may be illegal in some countries they also state that "You're going to be uploading bits and bits of the movie for as long as you're watching it on Popcorn Time" in their FAQs. In other words, you are "seeding" the torrent while bittorrent streaming videos. While there has already been some actions taken against Popcorn Time users, we won't know the answer to how or what will be done in future. At least one Popcorn Time fork, Time4Popcorn, is trying to counter these by providing free built-in VPN. Nevertheless, you should know what you are getting into and I suggest reading the respective fork's FAQs thoroughly.

We have discussed bittorrent vs Usenet in detail and suggested why Usenet might be better. We even showed you how you can get a free Usenet account. The good thing is you can choose whether you want to setup a SickBeard, CouchPotato, XBMC, and SABnzbd (Usenet) system to watch your TV Shows and movies or go bittorrent streaming with one of the Popcorn Time forks.