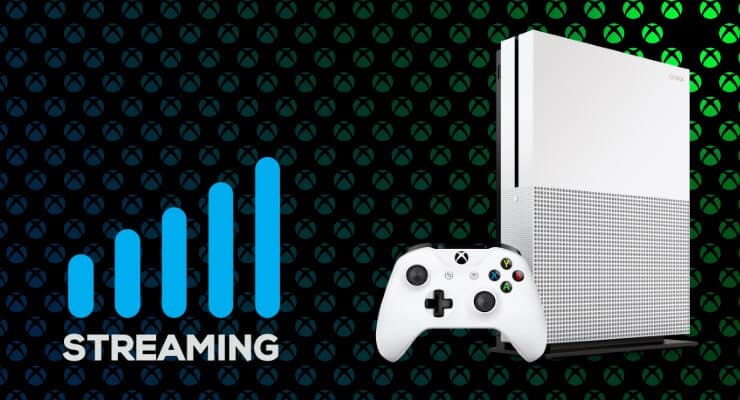 The Xbox One is a good gaming console, but in the home theatre PC (HTPC) world it is well-known as a great budget 4K Blu-Ray player. Besides gaming and 4K playback from a disk, you can also use your Xbox One for streaming. Today I will show you a few Xbox One streaming options to get you started. Whether you want to relax with a good movie or get up to date with your latest TV show episode. Here are the best streaming apps for Xbox One.

13 Best streaming apps for Xbox One

Probably the most popular streaming service, Netflix offers a wide range of Movies and TV Shows. The amount of content turns Netflix into an essential streaming app for Xbox One. If you own the new Xbox One S, you can stream 4K HDR content directly to your console. Even if HDR is still in its infancy, by supporting HDR, Netflix will surely turn into one of the most important Xbox One streaming options.

As a gamer, you've probably heard about Twitch. On Twitch you will find a lot of content focused on gaming. Gameplay videos and streaming channels are watchable on this platform making it one of the largest gaming-focused streaming apps for Xbox One.

Of course, we need to watch "Game of Thrones," so HBO GO is a must-have Xbox One streaming option. With HBO GO you get access to a wide range of movies and TV shows ready to be streamed on your console. Shows like "Westworld.," and "True Detective," pushed HBO GO into the top Xbox One streaming apps.

If you like comedy shows, then you need to check out Comedy Central on your Xbox One. Comedy Central is an American satellite television channel which has grown a lot in the past years. If you are on your way to becoming a cord cutter, make sure you install Comedy Central, one of the best Xbox One streaming options for comedy content.

Well known for shows like "Breaking Bad," "The Walking Dead," and "Better Call Saul," AMC is one of the best Xbox One streaming options for TV shows. You can easily access your favorite AMC original series and start streaming immediately. While AMC is not as big as other players in the streaming industry like Netflix or Amazon Video, you can find quality content without a lot of work, so make sure you check it out.

If you are a car guy, on Amazon Video you can watch "The Grand Tour" in full 4K HDR on your Xbox One. You can also stream latest TV shows and movies from a wide range available to subscribers. Amazon Video is one of the best Xbox One streaming options available.  Make sure you check Amazon Video if you haven't already.

After purchasing a FUNimation Subscription, you can access thousands of anime shows. From new releases to older anime episodes, FUNimation has everything you need for your anime addiction. It's a must-have service if you love anime and want to stream it directly to your Xbox One.

The EPIX streaming app has a wide range of TV shows and movies ready to be streamed directly on your Xbox One. You can find quality new movies in HD turning EPIX into one of the best Xbox One movie streaming apps. Being a premium service, you can access everything after you purchase a subscription, but it's worth the price. Plus, you'll find EPIX original series such as "Berlin Station." 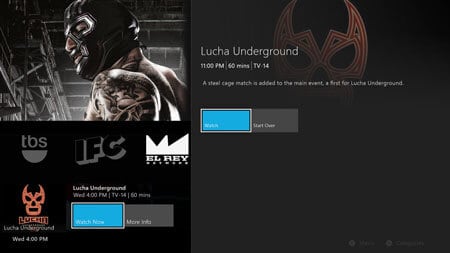 For cord cutters, continuing to access premium content via means other than cable or satellite is a must. As such, Sling TV remains a top choice for cord cutters. It's one of the better options for watching live TV on the Xbox One. Since Sling TV provides a reasonably-priced cable alternative, it's one of the best Xbox One streaming apps available. 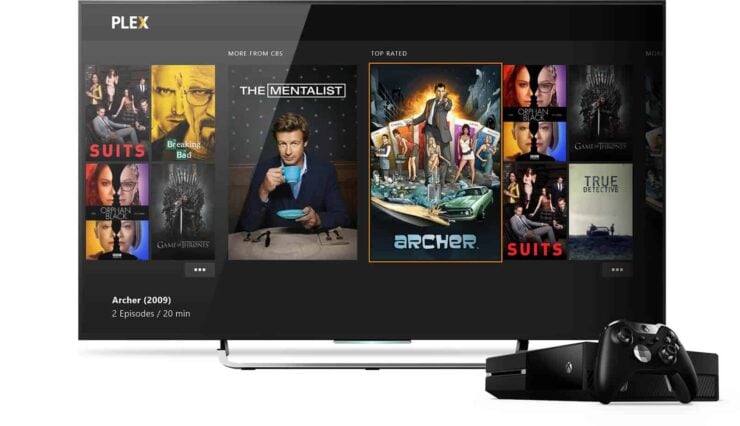 Whereas many of the top streaming apps for Xbox One offer streaming content from the provider, Plex differs. Instead, with Plex the user accesses content from a self-hosted server. But with its bevy of features such as live TV and DVR recording, as well as its do-it-yourself (DIY) Netflix style approach, Plex is one of the best Xbox one streaming apps available. Just note that you'll neex to provide your own content. If you're a Plex user and gamer, consider picking up an Xbox One which ranks among our top Plex client devices. [Read: How to install Plex on PS4 - Use your PlayStation 4 as a Plex client] 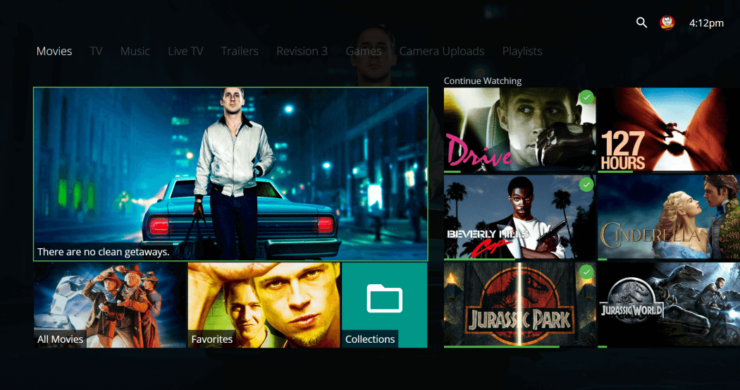 Like Plex, Emby is also a media server software option. However, Emby targets power users with its range of customization options. Because Emby is available for the Xbox One, it's an essential app for media server users. If you've got a bevy of digital movies, TV shows, and even music, Emby is one of the most essential streaming apps for Xbox One that you need to install.

Here are the top 13 Xbox One streaming options to install: What should I do next?

I hope that the list of best streaming apps for Xbox One is good enough for your streaming needs on your console. If you don't like streaming and prefer to consume your media locally, then check back soon for our article on how to install Plex on Xbox One.