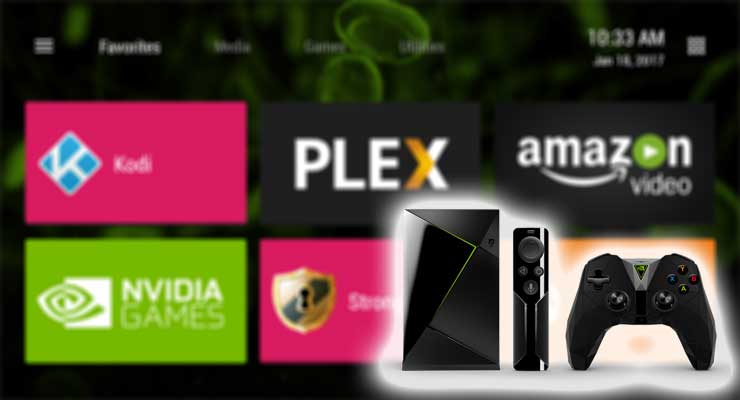 Note that you can replace the existing Android TV launcher with these alternative Nvidia Shield TV launchers without rooting. While you may not be able to launched sideloaded apps on Shield TV in a single click, you can definitely do so in just 2 clicks: one to open the launcher and the other to open your favorite sideloaded app. Read to explore the launchers for Nvidia Shield TV 2017? Read on.

The simplest of Nvidia Shield TV Launchers is the Sideload Launcher by Chainfire. There are no settings and customizations. All it does is present all the installed apps in an interface similar to the App Drawer on Android phones.

If all you need is a simpler way to launch sideloaded apps on Nvidia Shield TV then sideload launcher is an awesome lightweight choice. But if you prefer the ability to customize the interface, look at the following two launchers for Nvidia Shield TV. [Read: 7 Nvidia Shield TV Tweaks to Perform After Initial Setup]

TV Launcher is my favorite launcher for Nvidia Shield TV. I like the big tiles on the launcher screen. Everything from number of tiles to the order of tiles can be customized. Furthermore, TV launcher allows you to create sections / categories of tiles according to your liking.

For each tile, TV Launcher for Nvidia Shield TV allows you to customize the position, color, category, etc., as shown below.

In my opinion, TV Launcher is much better than sideload launcher and is one of the best launchers for Nvidia Shield TV.